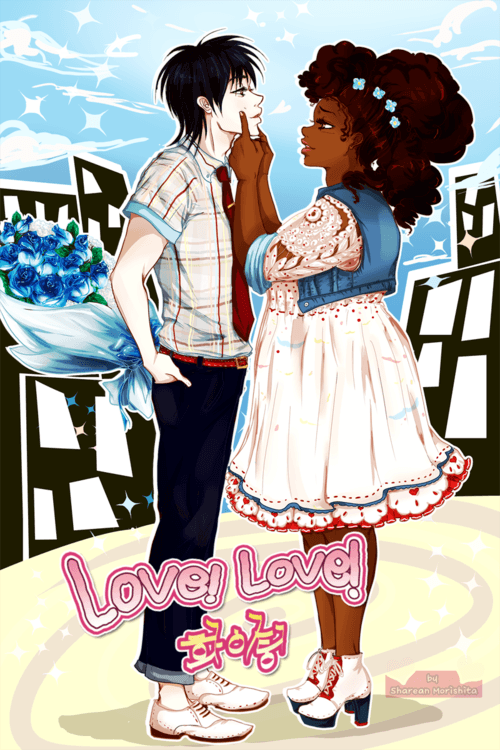 Black women who love manga and/or manhwa intimately know the struggle of finding any character that vaguely, maybe-if-you-squint-your-eyes-and-tilt-your-head resembles us (and don’t even get me started on the phenomenon of the Dark Skin, But Call Them Anything But Black character). If we are canonically present it tends to play out like in the manga Dramacon where Bethany was relegated to a supporting role and didn’t even show up until the second volume (exceptions to this rule are still too rare for comfort)! Needless to say, then, when I stumbled across the brilliant work of Sharean Morishita (aka S-morishita) while researching for my article on the AMBW romance, I was instantly smitten. Say goodbye to that tired old trope of the sidekick because Love! Love! Fighting! is here to change our lives for the better thanks to one of our own!

Our story begins in an office where Oriana and her cousin Krisa work. We quickly learn that Oriana is in a bit of financial trouble and therefore must adopt a workaholic attitude to support herself. This part I appreciated personally because many manga/manhwa tend to center on people for whom money problems are a running gag if not ignored altogether. I’m broke! That’s not funny! However, this routine life doesn’t last for long as an uproar not only causes Oriana to be fired, but also allows her to be tricked by Krisa into returning to their family’s home in South Korea (I know, right? Black people in Asia, who knew?)! Through a series of fateful encounters Oriana meets rising Korean pop star Jae-Hwa and, despite a language barrier, the two quickly take a liking to one another in one of the more believable meet cutes I’ve seen. What follows are pages upon pages of honestly wondering if love is in the air or if a world of differences will tear these two apart. 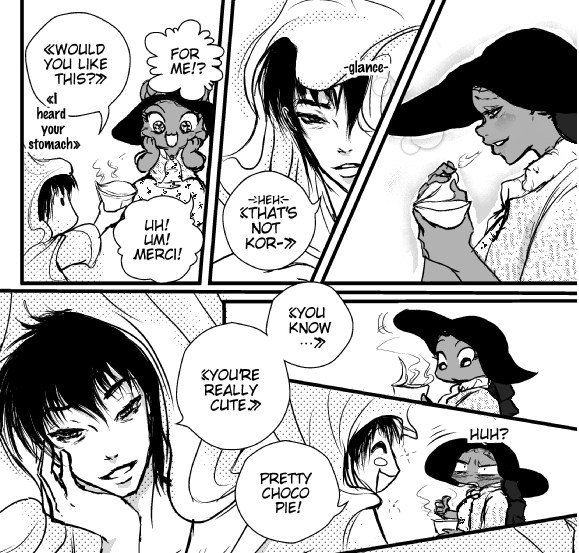 Just one look at our protagonist (Gawd it feels so good to say that!) and you can feel your heart filling to the brim with Black Girl Magic™.  Sporting a gorgeous crown of natural hair, beautiful dark skin, and curves galore, Oriana’s design is both refreshingly original in the world of this artform and comfortingly familiar. Personality-wise, Morishita gives us neither a Strong Black Woman stereotype, nor something artificially created to counter this image; Oriana is simply human. She’s a bit of a worrywart but still confident, sweet but not willing to have her boundaries violated by anyone no matter what the cost.

Whether cutting up with Krisa or successfully battling misogyny in the forms of fat shaming, anti-Blackness, sexual harassment, and the complications of trying to balance a mixed race heritage, Oriana feels less like a character and more like a best friend you want to cheer on wholeheartedly. 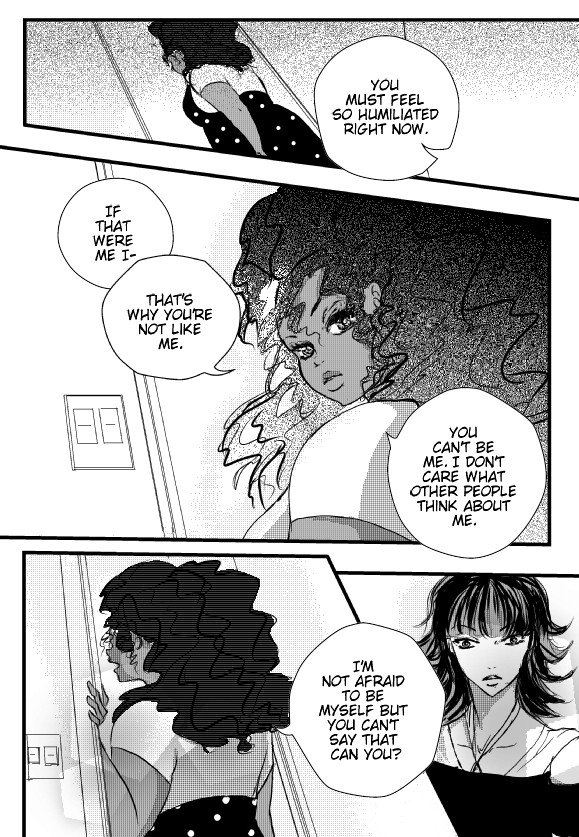 Romance-wise, while I’m already a grade A sucker for shoujo fluff; I have to say watching Jae-Hwa interact affectionately with Oriana in neither a pitying nor a boastful, expecting-a-cookie-for-decency sort of way made me a little emotional. Love! Love! Fighting! tells the story of two people, one beautiful by societal standards and the other typically rejected, and proudly proclaims, “Yes, attraction happens here. Black women deserve more than just ogling or sympathy, we can and deserve to be loved both by other people and ourselves.” Add all this to an art style that’s fluid and easy on the eyes with a storyline that’s just the right amount of drama and humor and you can see why supporting this comic will not only bless your entire life, but the lives of Blerd women everywhere.

You  can buy Volume 1 and Volume 2  on Amazon, support the creator’s patreon, or check out the website at www.s-morishitastudio.com/ for more updates.