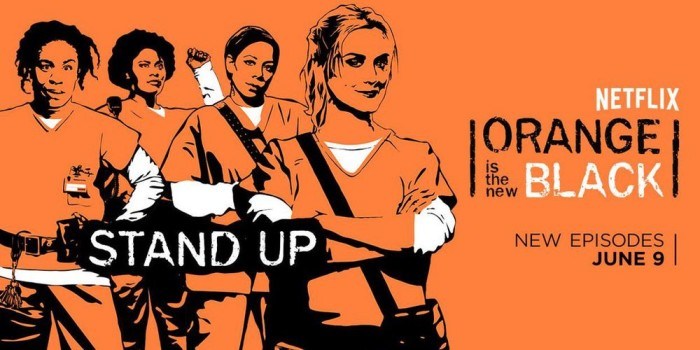 59 Shares
[quote_simple]”As I stand here contemplating,
On the right thing to decide.
Will I take the wrong direction,
All my life, where will I go,
What lies ahead of me?”[/quote_simple]

Seriously, we’ve all been there. We’ve had a show that started out near and dear to our hearts. The show whose purpose surpassed mere entertainment value and led us to enlightenment or an awakening. A show with meat and heart, characters that you fall in love with. Then that show goes left of center and then south and then left again, but never truly back to where it started. You try your best to stay with it, but at some point you realize that it isn’t the show you thought it was. Maybe you’ve changed, maybe the show changed. Either way, it’s not a healthy relationship and the loyal completest inside you has finally decided that this needs to come to an end. So, you break up.

That’s me. I finally did it. After most of my friends had done the same. I finally broke up with Orange Is The New Black. I’m going to spare you the fifth season spoilers, because honestly, I don’t feel like reliving those hours. Even if I break them up into minutes and seconds. I don’t want to go back. The trailer made me do it. I was worried about Taystee and wanted to know who was taking care of Suzanne. I was sad for Soso and I wanted any glimpse of Poussey smiling and laughing that I could get. The only thing I was left with was frustration, anger and hours of time that I can never get back. 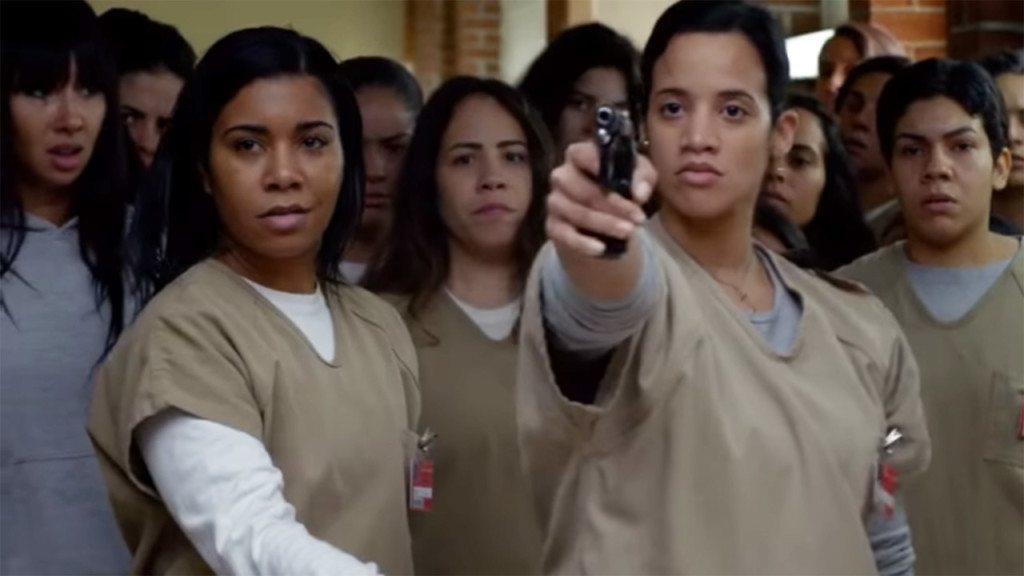 I started to question why I began watching OITNB to begin with. When I thought about it, I realized that I started the show for equal parts entertainment and awareness. I wanted to know more about the penal system. I also fell instantly in love with Taystee, Crazy Eyes (Suzanne) and Poussey. What I realized after some time, was that the show was incredibly horrible at keeping a sense of actually realizing the prison system, the brutality that comes along with it and what happens when you privatize such a system and strip it down to the bare bones of any kind of organization.

So, I went looking for what I couldn’t get with OITNB; a sense of realness sans Black and Brown body exploitation for means of entertainment. I found a few movies that shed light on the corporatized prison system and the psychology that comes with it. These movies aren’t necessarily easy to watch, but not in the “lemme exploit the pain and suffering of people of color and call it woke t.v.” kind of pain. Nah, this is some real shit. If you’re looking for pure entertainment, these aren’t your movies. However, if you need to see and understand what can possibly be happening to folks that we know or know of who are enduring the penal system, then I encourage you to watch these movies.

Based on a true story, The Stanford Experiment follow 12 men who were selected to be a part of a simulation study on the psychology of imprisonment in 1971. The results of this experiment are eerily painful and I had a very hard time watching this without pauses. It’s unbelievable that the results are so relevant today, in the sense that – nothing has changed. People are degraded and stripped of any evidence of their individuality and instead of this study extinguishing these practices (practices endured by white male Stanford students), we can see the prevalence of those actions in detained individuals today. The actors include the beloved and late Nelsan Ellis, who portrayed Jesse Fletcher, a consultant to the experiment who had spent 17 years in the San Quentin State Prison and was brought in to help enforce and legitimize the experiment. 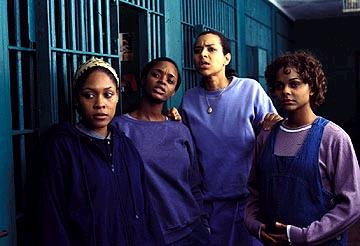 Civil Brand stars almost every Black actor known to the late 1990’s and early 2000’s. You have N’Bushe Wright, LisaRaye, Da Brat, Yasiin Bey (Mos Def), Monica Calhoun, Clifton Powell, Lark Vorhees, Tichina Arnold and MC Lyte. Listen, Civil Brand isn’t filled with Oscar worthy performances, if you’re using the Oscars as any kind of measurement. It’s a low-lower budget flick, Da Brat is the narrator and I will still watch this movie a hundred more times before viewing another season of OITNB. The movie is set in Whitehead Correctional Institute, a women’s penitentiary and it follows the experience of several of the inmates. The movie aims to shed light on the prison industrial complex’s use of prisoners for profit versus rehabilitation & release, and the mental and physical abuse of female inmates by guards. Say what you want about the acting/overacting or even the way the movie veers off the main topic (exploitation of prisoners), it doesn’t go about making it’s point by exploiting the bodies of women for ratings.

It’s worth saying that neither one of these movies are Shawshank Redemption, but there can only ever be one Shawshank and that’s that. At the same time, I think it’s good to note that these movies are also not Orange Is The New Black and that’s what I needed. I needed to back away from the hype of an overly privileged white woman retelling the stories of imprisoned Black and Brown women when she only spent thirteen months in a Connecticut minimum security prison and is now making money off of it. /endrant.

Issa break up, so my movies may not be perfect (sorry/not sorry)… let me know in the comments what to add to my list to help me get over my ex-favorite show.