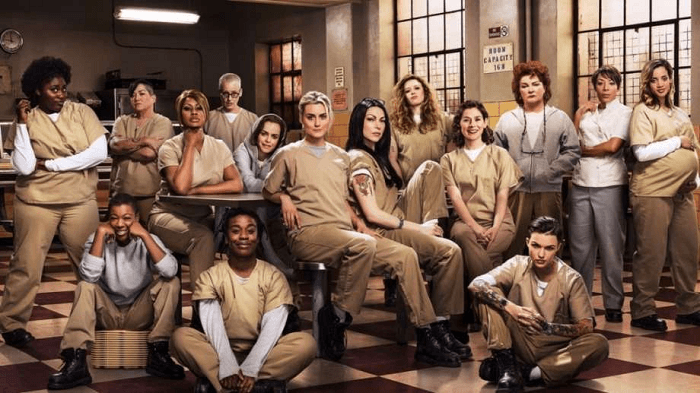 1.9K Shares
*Full of as many spoilers as OITNB’s writers room is full of white people*

I turned 40 in the woods about 90 minutes northwest of my West Oakland home enjoying the peace and relative quiet of the redwoods, the Russian River, and the quaintly gentrifying town of Guerneville, California with my partner, our then 20-month-old, two silly brown pit bulls, and a dizzying cast of our son’s many adoring fans/my friends/our family.

One of the reasons we went up to Sonoma County for my birthday is because I wanted to get away from our neighborhood during the week my birthday shares with America: the “4th of July” fireworks started in June, the day after the shootings at the Pulse night club in Orlando, and the constant booms and bangs had us all on edge. Plain old firecrackers seem downright quaint these days. M80s set off just down the block from our house, wake the baby, cause the dogs to lose their minds, and leave me shaken and shaking. There’s enough actual gunfire around here to make setting off fireworks that sound like it both redundant and also evidence that one is a dick. But whatever.

[quote_left]Even when we’ve had glimpses of brilliance, usually through flashbacks but rarely in the ongoing, current narrative, the writers have time and again flattened these women into tired, racist clichés[/quote_left]I was also hoping that going to a cabin with no cell service for a week would help me detox a bit from screens and their own peculiar trauma parade. You know, the horrifying Republican presidential campaign, an endless stream of dashcam and bystander smartphone footage of police brutality, and season four of Orange Is the New Black, which I finished a few days before the fam and I headed up to the woods.

Since OITNB‘s first season, it’s been… a struggle, let’s say, to stay engaged with the show and not feel guilty. On the one hand, the peppy, blonde protagonist Piper Chapman could be simply a Trojan horse–a way for Jenji Kohan, patron saint of insufferable upper-class white women, to tell the potentially far more interesting stories of incarcerated women of color on the small screen. On the other hand, what those stories are and how they’re told has rendered the show’s Black and Latina inmates as cartoons incapable of any real character development. Even when we’ve had glimpses of brilliance, usually through flashbacks but rarely in the ongoing, current narrative, the writers have time and again flattened these women into tired, racist clichés.

Which brings us to the fourth season, most of which was an endless orgy of female suffering with the nuance of a Lars von Trier film. Our protagonist Piper recruits a crew of white supremacists to defend her dirty-panty-smuggling turf from Maria while simultaneously encouraging the prison staff to target the Dominicans as an organized gang. One of the new guards, the sadistic Humphrey, forces Maritza to eat a live baby mouse with a gun literally to her head. Laverne Cox’s Sophia Burset, one of the series’ most fully fleshed out characters, is practically invisible this season, languishing in the SHU for most of it. Doggett spends the bulk of it still traumatized following her rape in Season 3 by Corrections Officer Coates but ultimately forgives him because he feels bad. 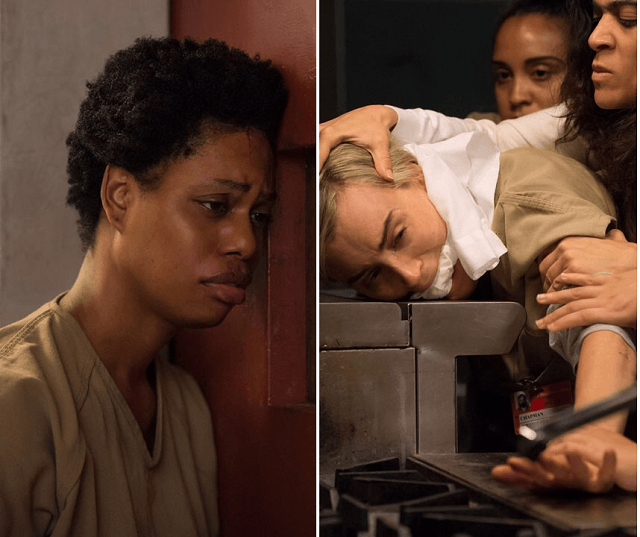 And that’s the problem with this season. Even as Orange Is the New Black attempts to tackle the increasingly corporatized prison industrial complex by portraying Litchfield Penitentiary as descending into chaos once it is taken over by a private company, MCC, the show spends the entire season doing its absolute damnedest to humanize the people who wield the most power. Like Doggett, we’re supposed to soften our hearts towards the guard who held her down and raped her. We’re supposed to pity Officer Healy as he sends Lori Petty’s Lolly to psych after realizing her confession of murder isn’t a delusion. We’re even supposed to forgive Piper’s Aryan Nation leanings when she receives some retribution for framing Maria and getting an extra five years tacked onto her sentence.

And we sure as hell are supposed to sympathize with C.O. Bayley, the wet-behind-the-ears, aww-shucks new prison guard who accidentally kills Poussey Washington, one of the show’s most beloved (and most realized) characters.

And this is why I’m calling it quits on this show.

[quote_right][…]the show spends the entire season doing its absolute damnedest to humanize the people who wield the most power. [/quote_right]In the penultimate episode, a brawl in the cafeteria ends with Poussey suffocating under the weight of this guard, mouthing “I can’t breathe” in a manner reminiscent of Eric Garner’s death at the hands of a New York police officer. Her corpse remains on the floor through the last episode, a stand-in for Michael Brown’s body lying in the Ferguson street for hours after he was shot to death by a cop. And yet–and yet–the show’s writers are trying to impress upon us that that we, the audience, which includes brown and black people like myself, aren’t allowed to draw any clear conclusions about our relationship with law enforcement. As the actor who plays Bayley said in an interview, “Bad people do good things, and good people do bad things.” See? It’s all just so complicated. 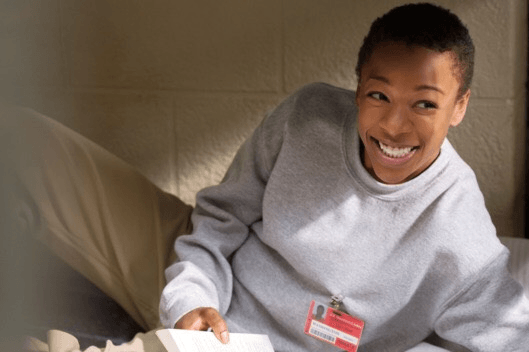 Except that a week after I watched the end of this season, while I was up in Sonoma trying to enjoy a fireworks- and media-free birthday, cops shot Alton Sterling and Philando Castile to death. And there is no blithe Regina Spektor soundtrack to their deaths, no bloodless credits to roll, no Emmys to be awarded to the grief-stricken lovers and mothers and children trying to survive traffic stops and press conferences. Orange Is the New Black‘s nearly all white writing room can touch these raw nerves, traumatize their viewers, and then go home unscathed. They are, as poet Ryka Aoki once said, like “forks trying to taste food.”