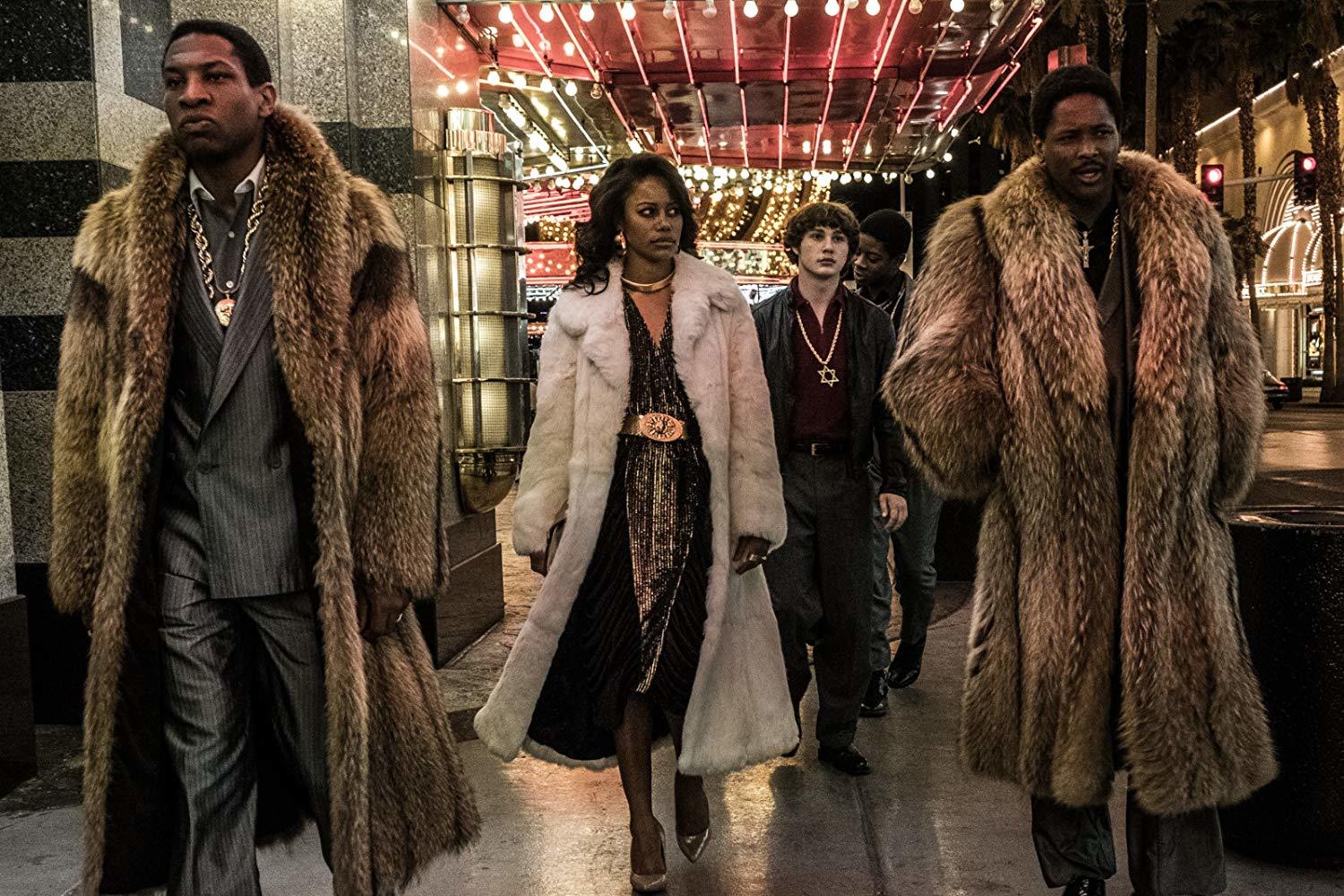 White Boy Rick is exactly that: White. Boy. Rick. The film directed by Yann Demange based on the true story of Rick Wershe Jr. the youngest FBI informant in history. I love when a story about a white drug dealer is him ratting out the black guys…said black people never. I know it is a true story, so I can’t really get mad at the turn of events; I mean I can, but… that’s just Black Life Problems right there.

The film follows Rick Wershe Jr.’s introduction into drug dealing via the FBI. Rick’s father, a known gun dealer in Detroit, is under scrutiny for… well… selling guns. The FBI uses this to trap Rick into being an informant in their “war on drugs” in the city. They wanna take down the crime boss Johnny ‘Lil Man’ Curry – Black guy played by Johnathan Majors. Now I’m not saying dang it’s always the white man taking down the black man, I mean they were all drug dealers, but the white man DID help take down the Black man. Again, I can’t really criticize the story, I mean that ish happened, what I can do is talk about the storytelling and the effect of these sides of stories being told with their foundation being black life.

First off the movie is remarkable. It is shot well, the performances are engaging and strong, I was in it from beginning to end. I felt things for the characters, laughed, could not bring myself to cry because I physically cannot cry white tears, but it was emotionally provoking. Richie Merritt, the actor playing Rick, did a fantastic job in his breakout role. Matthew McConaughey, in the role of Ricky’s father, Richard Wershe Sr.: got to play that guy he likes to play where he’s f#$*ing up but trying his best and then works real hard to correct something he can never actually correct. Plus, he has a slick pseudo mullet in this one. No judgement in that assessment, he does a great job. 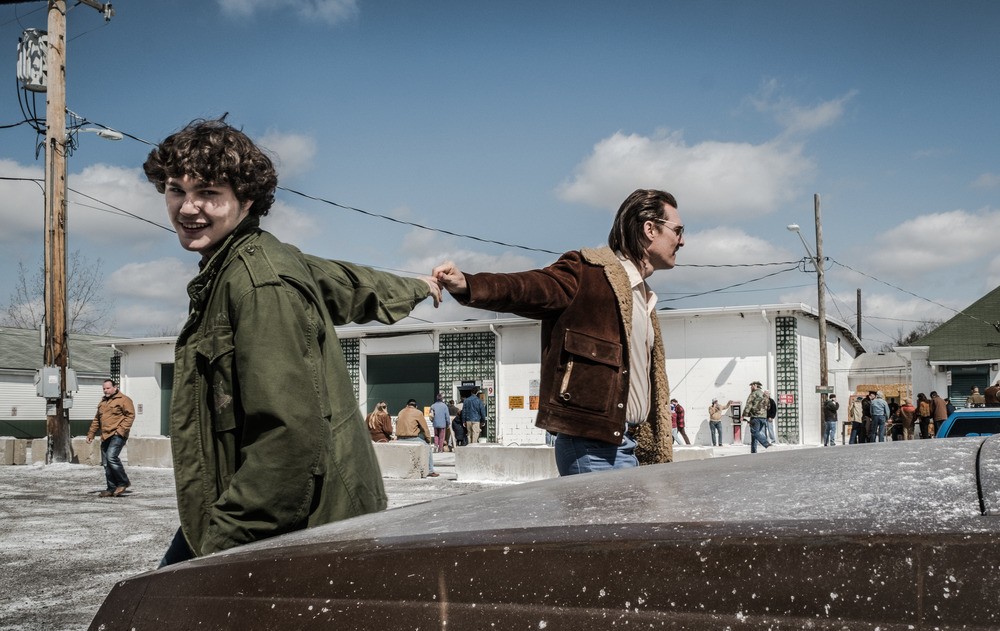 The film is funny when it needs to be. I’ll have to get my Detroit friends to weigh in on the accurate portrayal of Detroit in the late 80s but the environment felt real. I mentioned the foundation of this tale is black life, because it always is. Since slavery happened, the foundation of anything really in this country is black life. I was glad the movie did not ignore this, at a few turns in the film the black characters go in on how differently Rick is treated in the system than them, and warned him not to get them F*%ked…awkward.

I say from experience growing up with white kids who wished they were black or, at the basest form, wished they were White Boy Rick. This is exactly how I picture a kid growing up influenced by his real surroundings. The movie has a way of showing you poor white existence that brings perspective. Rick is rolling with the fat cats and they are drug lords who, of course, are black. You might recognize one of the key drug dealers who becomes Rick’s close friend, Rudell ‘Boo’ Curry, the role played by RJ Cyler – yup the blue ranger from the Power Rangers reboot. You also see well known rapper YG play a role as Leo ‘Big Man’ Curry – a pretty funny cameo actually.

It was nice to see Black people living it up with the juxtaposition of the poor white family struggling with drug addiction and surviving. BUT as White people do, they used Black people and the business they were running to get ahead themselves. Rick even has some moments with the kingpin’s wife, Cathy Volsan-Curry played by Taylour Paige (Hit The Floor). Not a good move. It was such a true telling of how privilege can prevail for white people at anytime.

I know what you are thinking but, it’s a true story and Rick Wershe served the longest sentence for a non violent crime in Michigan history. Well dang, you wanna play with the black folk then you get charged with the black folk. I’m talking about this kid’s rise to dealing. First off he was taught by the FBI to drug deal, anything bad that happened to him, the FBI fixed it so they could continue their investigation. FBI agents were some hard hitting actors as well, Jennifer Jason Leigh (Annihilation) as FBI Agent Snyder, Rory Cochrane (Argo) as FBI Agent Byrd, with Brian Tyree Henry as Detective Jackson – the police officer on drug control in the city. Rick is then undercover and being mentored by the kingpin drug dealer in his neighborhood.

He was grade A trained to be the best AND had white people protection to get started. Rick basically went to the junior college for drug king-pinning and was trained by the people who invented the trade! Also by way of this film: PROOF the ‘War on Drugs’ was literally a game to the FBI and they continued the drug ring in Detroit. THEY GAVE A 15 YEAR OLD KID DRUGS TO SELL AND INSTRUCTIONS HOW TO MAKE CRACK! I’m done. 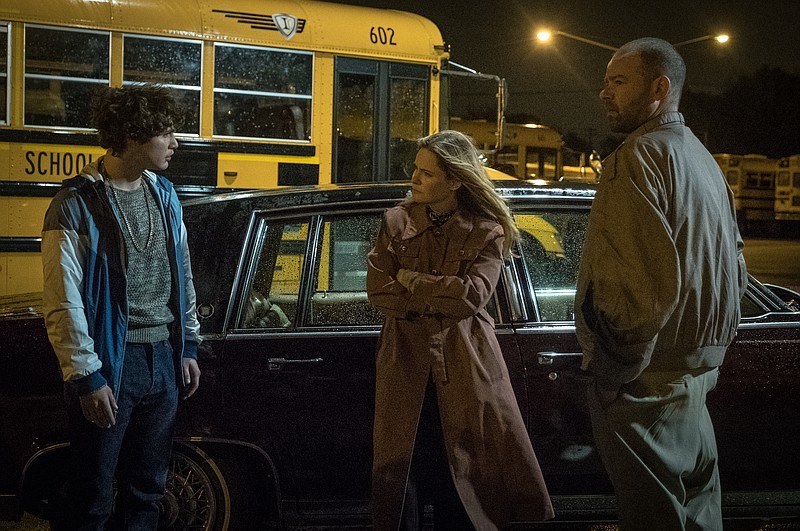 Wrapped Up Rick With A Rap Sheet

Anyways, as the film progresses you see Rick trying to make a better life for his family and actually selling drugs for real is the only way, no more gun selling. He cares about getting his sister clean (Dawn Wershe, played expertly by Bel Powley), going back to school and helping realize his dad’s dream of running a video store. *Spoilers* if you can have spoilers in a movie based on a true story, he gets caught and serves 30 years of a life sentence.

Go see the movie for the expert acting, and the overall experience of this true story.

If anything, watch it for the kid who plays Rick’s girlfriend’s little brother, he steals the entire movie. That little Man handled business like a BOSS. I need this kid to settle any scores I ever have, he’ll get the job done. The actor isn’t credited, if you know his name shout him out, I’d like to give that kid a pound.