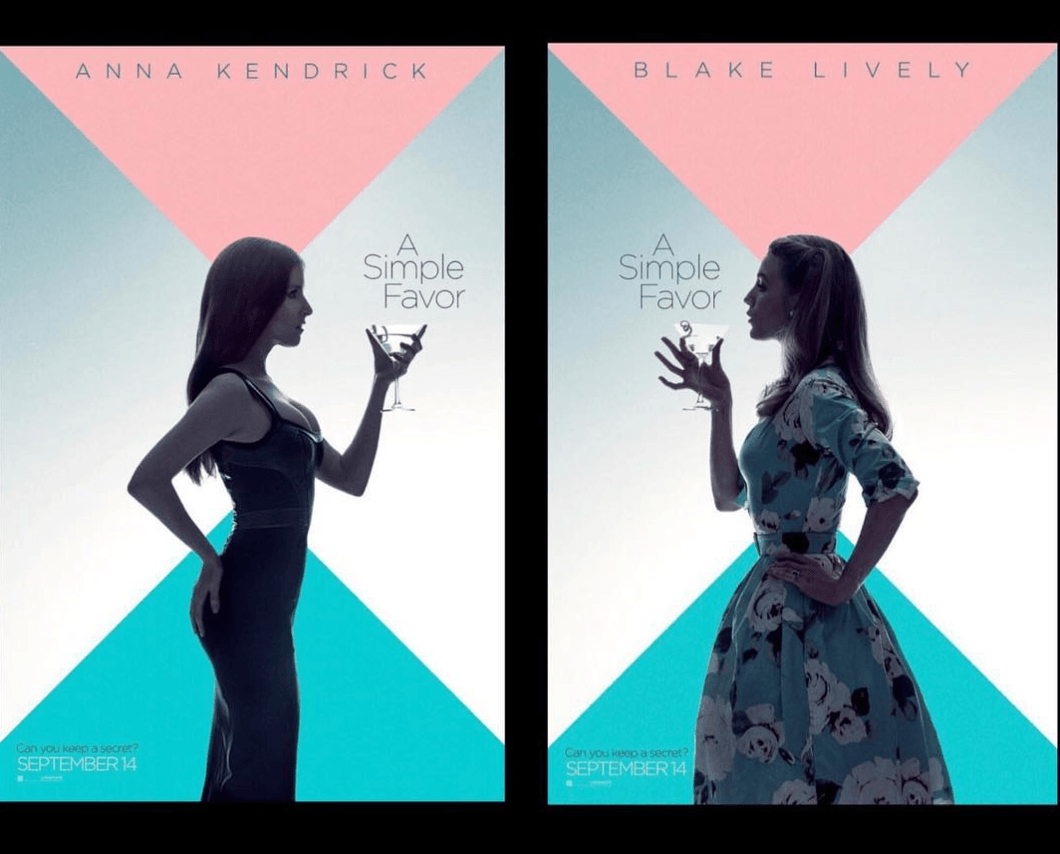 A Simple Favor is the dark comedy nobody was expecting. Brilliantly acted, these characters bring you on a mysterious journey while laughing at their terrible flaws. From the trailer you would think, this movie is a Single White Female meets Gone Girl type of missing/kidnapping murder mystery and who knows who did it. This movie is even more than that — it is legit Gone Girl if Gone Girl had hilarious characters to follow.

We begin with Stephanie Smothers played by Anna Kendrick (Up in the Air) filming one of her vlogs. She’s giving tips to mothers on cooking, crafts, and other family fun activities. This is one of Kendrick’s best roles yet, I mean even the name, Smothers? You can already tell she is an overachiever mom who is living vicariously through her kid. Even though Stephanie is a worrier, she’s still a good mom. 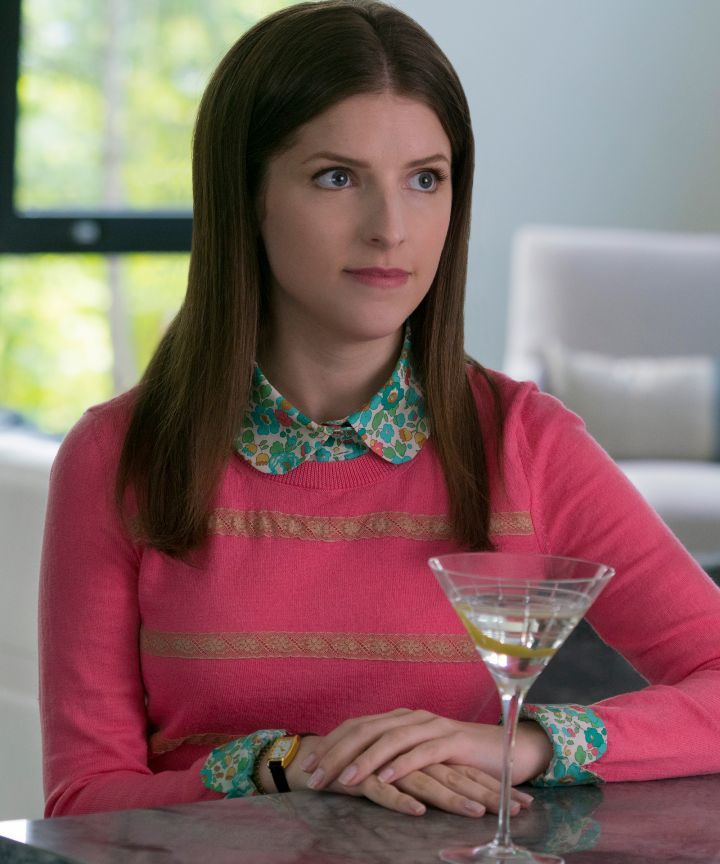 Blake Lively (Gossip Girl) plays Emily Nelson, a Type-A PR exec from New York who definitely lives her life by no one else’s rules. Legit Emily is a badass!! I honestly feel like Blake got to play her best Deadpool in this role. She strolls in with the finest styles and looks fantastic giving negative F$%ks. She raises her kid like I imagine Deadpool would. Her character works for Dennis Nylon, a high fashion designer from NYC played by Rupert Friend (Hitman).

Emily lives in a fancy modern home with her son Nicky and husband Sean Townsend (Henry Golding of Crazy Rich Asians). Tell you what, they make an attractive couple that’s for sure. Husband Sean is a well known author but unfortunately, just one book. He now works as a Lit Professor at a university nearby.

Stephanie and Emily meet when Emily comes to pick up her son Nicky, played by young actor Ian Ho, from school. Nicky demands a playdate with Stephanie’s son, Miles played by Joshua Satine. Even these kid’s performances give the cast a run for their money. Nicky is just as strong willed and gives no F$%ks like his mother, cursing up a storm. He’s unapologetic and rough. I’m thinking, where did they find this kid?? Miles takes after his mother, but remains his own person. He’s a bit soft, but knows what he wants — he may get kicked down but really rolls with the punches. Hats off to the stage moms of those two boys.

Now Emily would rather drink a dry gin martini then have any sort of playdate responsibilities, so… she does both! She invites Stephanie over and the rest is history. There’s a disappearance, a possible murder, mysterious notes and a trail of breadcrumbs to the truth.

The drama begins when Emily is constantly asking Stephanie to pick her son Nicky up from school. Then one day, Emily never returns home. The film just tickles you as you try to guess what anyone’s intentions are as the question of what happened to Emily unfolds. Learning about each character’s past does not clear up any suspicions.

Let me say, you never fully trust any of these characters. 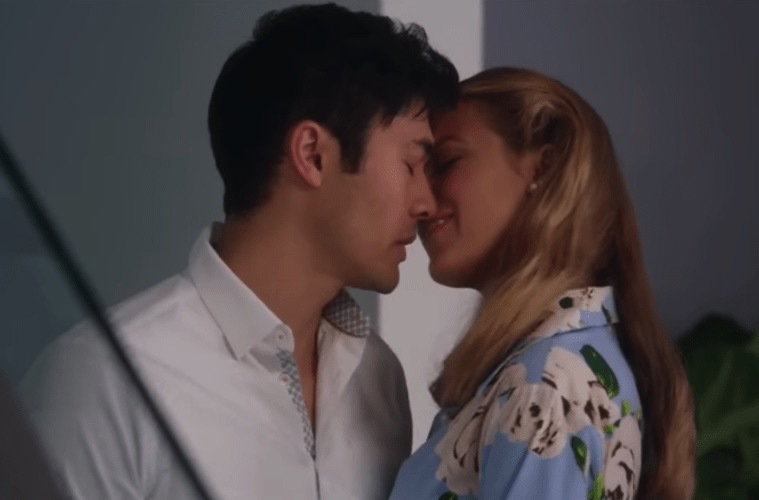 You can tell that screenplay writer Jessica Sharzer likes literature because the back and forth banter between Sean and Stephanie quoting certain text was carefully and expertly placed throughout the film. Not to mention it is based on a novel by Darcey Bell. These moments helped build suspicion of Sean the husband and Stephanie the best friend in the mysterious events that take place.

Some of the best parts are the fellow parents that watch the events unfold with the best commentary. Parent Darren is played by Andrew Rannells (The Intern). He has the comedic timing of Bette Midler in Stepford Wives and I live for every minute of it. His partners in crime, Stacy, played by Kelly McCormack (Killjoys), and Sona, played by Aparna Nancherla (most recently the voice of Hollyhock in BoJack Horseman), together make the BEST Greek chorus for this film. The condescending, witty repartee had me rolling. They were such popcorn eating in it for the comments characters, it was great.

The movie is hilarious. You cannot expect anything less from Director Paul Feig, known for The Office and Ghostbusters: Answer the Call. The chemistry between Stephanie and Emily is eclectic, yup read that right: eclectic. They are a classic odd couple but it works and it is mesmerizing. It’s the way Kendrick and Lively dive into their characters. The personalities are so bold and awkward; the circumstance of their lives so intense and weird. It makes the film entertaining in a multitude of ways. Wait until you see Anna Kendrick singing along perfectly to Ante Up by M.O.P. It isn’t unbelievable, given what she did in the Pitch Perfect saga.

A Simple Favor gives us twists and turns, character growth and demise — it’s much more than the trailer leads on. And big ups for women leads. Of course I always root for more Black people in main roles but the movie has a good mix of characters of color, and it is believable with the story it tells. Having a mixed couple, Asian lead, and almost all women cast, they did alright. 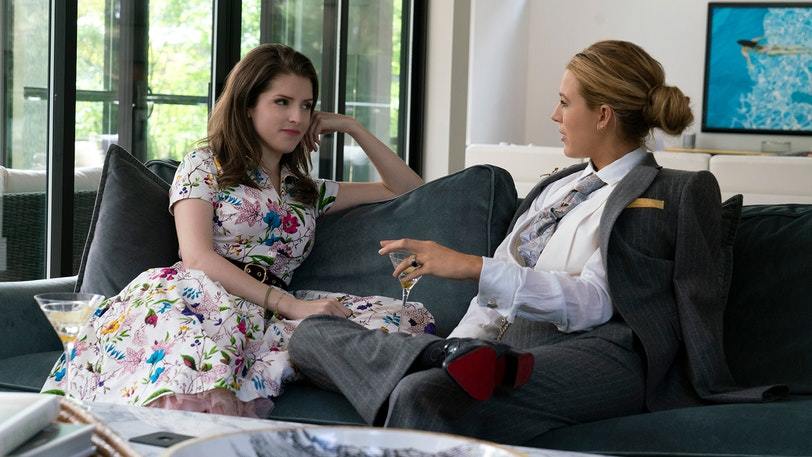 You get sucked into the drama of A Simple Favor. You think Sean the husband is lying, or maybe Emily lied all along. Then the sly side eye from Stephanie makes you suspect she’s a psychopath trying to steal Emily’s life. I don’t want to spoil it for you, because I don’t even know if I can. The reveals, yes multiple reveals, are an ode to soap operas and are at a telenovela status. It was like watching a crime drama version of Jane the Virgin.

I suggest checking A Simple Favor out, it is good dirty fun.