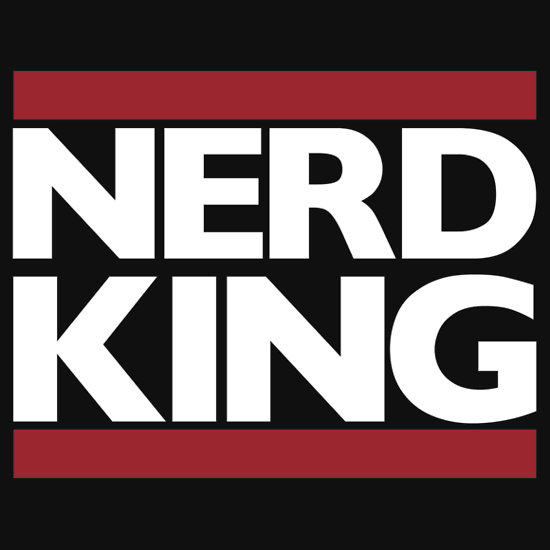 We’re a POC nerd site over here. Now, nerds of color have always been around, like Dwayne Wayne from A Different World. Oh, you expected me to say Urkel? You don’t know my life. Anyway, it really wasn’t until more recently that it has become “socially acceptable” to be a Black nerd. Where once you’d be exiled by your own for enjoying comic books or rocking hero shirts, that’s the case no longer. Thanks to years of POC Nerd Rights Protests and Obama shouting out that geek life in the White House, we have our own haven — or kingdom, if you will — which begs one question that I’ll throw to Naruto and ask you like Asuma asked Shikamaru: “So… do you know who the ‘king’ is?” I mean, there’s got to be one, right? Who is putting Black nerds on the map? 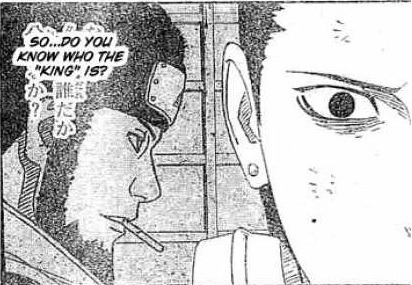 We can take it to genres for the sake of specifics. Let’s go into music first, preferably hip-hop. I wanna say first off that MF Doom is the fucking Aegon Targaryen of Black Nerds in hip hop. He rocks a mask that’s a homage to Dr. Doom. We gotta praise him as a pioneer God body of this section, but maybe we’d be remiss if we didn’t also mention Childish Gambino.

From his mixtapes & EPs to his Camp release, Gambino was the Black nerd rapper many of us had been waiting for. Rappers have of course been making many pop culture/video game references, but the depth that Gambino put into it though? Maaaaaaaan, listen.

“Uncool, but lyrically I’m a stone cold killer
So it’s 400 blows to these Truffaut niggas
Yeah, now that’s the line of the century
Niggas missed it, too busy, they lyin’ ’bout penitentiary“

The last one was a line so obscure he knew most wouldn’t get it. Gambino talked about the ails of fitting in, and Camp was really the holy grail for Black nerds boys and the Black nerd “girls with the natural hair that keep up with the Tumblrs.” Then with the albums Royalty and Because of the Internet it felt as if he deviated further from what we came to love about him (although it is argued this is his more personal project), so maybe in that regard he let Dexter’s Laboratory down (or the nerd-lab was never the entirety). Although some are hoping for that return of his former style claiming “it was all good just two albums ago,” and others are more than fine with his current direction, I’d at least like to nominate that crown get the chance to be passed onto Open Mike Eagle should the time come. He’s got the style, humor, and most importantly, the muh fucking lyrics.

Did you feel that? He just summarized the golden age of nerd youth. BARS! Nuff’ said. With a multitude of albums released and his most recent titled Dark Comedy (featuring Hannibal Burress on the track “Doug Stamper”), Open Mike Eagle is volunteering as tribute and giving hip hop that first-person shooter Perfect Dark laptop machine gun work we been needing on the mic.

You might be saying “Hip hop is cool and all, but who is killing the game academically for Blerds? Who is king of the sciences, my naginta?” I don’t think there is any question on the answer. Neil deGrasse Tyson is King of The Black Nerd Academia Division. That just has to be scientific law right there, I mean look at dude’s squad doe.

If that isn’t the cover for the most educational political/science trap music mixtape to hit the streets, I don’t know what is. Tyson has been doing the Lord’s work with appearances and just knowing his shit on space. He breaks down astronomy to a pick up game of basketball and an adventure in Middle Earth for everyone to follow. He makes learning fun, he can laugh at himself, and shuts shit down with the truth. Neil deGrasse Tyson is the T’Challa of science.

Hip-Hop? Covered. Academics? Done. How about comic book writers? How about that fiction? That imagination dope game? Who’s reigning supreme on page, b? Although this man is no longer with us, I think it can still be said that Dwayne McDuffie is king in the comics.


[divider type=”space_thin”]
Where a group of artist and writers were fed up of not seeing people of color in comic books, they took it upon themselves to make an All Black Everything/Black Excellence line of male and female characters. They were published by DC Comics but had their characters in a separate universe where the majority of people were of color.

Dwayne helped bring about Static Shock, he worked on Justice League, Justice League: Unlimited, the DVD Animated movies, Justice League: Doom, and All Star Superman. McDuffie wrote for a bunch of Marvel and DC comics as well. He wasn’t afraid to talk about the absurdities fans would have with Black characters appearing on teams as if there was a “quota” being filled, as well as what it is to be a Black writer working in the comic industry.

McDuffie was out here getting it and dropping compelling stories with ease. He was and is still one of my favorite writers whose work I can constantly go back to read. He was someone taken from the industry in his prime who still had tons more to give make rain on the game. We still here riding for you, McDuffie!

We’ve touched on a lot of genres and seen different folks repping their Black nerd districts — however, if we talking ’bout putting numbers on the board, then it’s time watch the Queen conquer because Aisha Tyler is a gravitational force that refuses to not shut down whatever nerd shit you thought you were doing, then proceed to show you how to do that, son! Aisha is not only a hilarious comedian, but also an apex predator of a gamer. She is out here smashing cats online! She be in these cyber streets dumping out the roof (no camping) and straight merking folk. What’s not to love about that? She’s at E3 getting it in on games, and don’t try and bring that fake geek girl noise to her cause she ain’t bout that life, my dude. They tried it at the 2011 E3 Expo when some cats questioned her game life to which she responded, in part:

“To come and tell me that something that I’ve lived with and loved since I was a little kid is illegitimate, that I’m lying about it? I’ll literally tell somebody to their face, ‘F**k you,’ and I’ve done it on this floor.”

She literally proceeded to shout out her gamer tag and tell them to come get that work. Aisha dropping the controller on folks up in here y’all. When not catching bodies on console she can be found doing animated voice acting for Archer as Lana Kane, agent of Isis, in a show that goes oh so hard in the nerd references itself, especially X-Men. She also spent time as host for Whose Line Is It Anyway? If we’re keeping points, then Aisha Tyler been out here longer than Steph Curry knocking these 3-point jumpers down.

Aisha Tyler is basically on the Kobe system cause she is the “same beast, different animal.” She rules over all that is Blerd with the title of Empress. Another round of applause for the kings, but Aisha Tyler still reigns supreme.