Tell me if you’ve heard some of these:

Some of these opinions may have racist or sexist overtones, or undertones, or just plain tones, but just as frequently, these reactions seem to be unconsidered impulses that can be summarized in one phrase: I liked this thing, exactly the way it was. 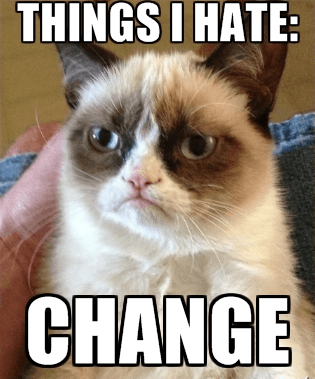 I like old things, I get that. I’m a sucker for an Original Star Trek marathon. But that doesn’t mean I can’t get down with some Star Trek: Next Generation as well. Requesting, no DEMANDING, that your favorite geek thing not change and evolve is the height of irony, and I mean that in the classic sense: the opposite of what you’d expect, often humorously so.

Take for example, the ongoing arguments about characters in comic books. You don’t like that Peter Parker was replaced with Miles Morales or that Kamala Khan took over for Carol Danvers? Maybe you don’t like the new plot arcs, or maybe the art isn’t to your style, that’s fair. But throwing shade on these new iterations based purely on the fact that the new characters are of different races than the original?

What is all of this — superhero comic books and Black speculative fiction and cartoons about tentacled teenagers and television shows about zombies — what is it all about, if not looking into the future and imagining what would happen if things changed? Challenging our assumptions and making us deal? I love this stuff because it is always changing, always pushing the envelope on what is possible, or even conceivable. I don’t want my fandom to stay the same. I don’t believe that anything in pop culture is sacred. This is fandom, not church. Further, when you’re conservative about your art, you shut out influences that make these things vibrant and alive. You set up a system in which any fight can be won with “It wasn’t like that in the original!” and haven’t we all had that fight? Isn’t that fun?

Besides, reboots and re-imaginings of your favorite stuff don’t only reproduce the past, they change it. There’s much talk about the Ghostbusters reboot with a female cast. Even if they re-film that movie with all the same lines, frame for frame, it won’t be the same movie. No one can be Bill Murray, Dan Aykroyd and Harold Ramis. No one can make “Listen, do you smell something?” hilarious in the same way. But the actors and actresses of the re-boot will make other lines that are funny or the same lines funny in a different way. It’ll be a different movie.

Look, I get it. We want to put a lock on our favorite things. We want to put that magic moment when we bought our first Pokemon deck under glass. We want to collect and control and keep it all to ourselves. This is about control and power and ownership. But once a thing enters the public imagination, you can’t. Even the creators can’t control their own product, once it hits the airwaves. They can only react.

You don’t have to like everything. I’ve got a list of things I can’t stand. But if your critique is “it isn’t like it was before” then you’re missing out on much of what makes this hobby awesome. Change is here. All of our individual favorite things have been evolving since they hit the streets, and they’re going to continue to do so. Now, finally, little by little, that means diversity in every meaning of the word. That means the world of fandom is going to shift under our feet every few months and we can’t control it – we can just enjoy it.