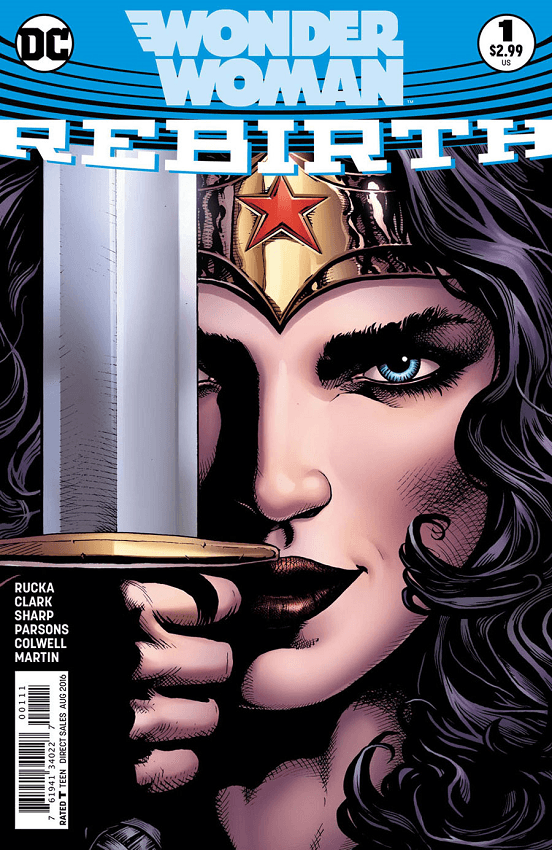 As any Wonder Woman fan knows, it’s no secret that the daughter of the Amazons has been suffering in comics for years, whether it’s from the constant change of hands, lack of creator ability to communicate her feminist roots, or just an outright disregard for key facets of Diana’s character that have endeared her to entire generations. Rather than another tired rebooting of Themyscira’s greatest, however, BNP favorite Greg Rucka unabashedly grabs the Minotaur by the horns and confronts Diana’s confused past in one of the best executions of full issue monologues I’ve read in comics for a minute. As the writer of my favorite Wonder Woman comics portrayal, Gail Simone, says:

No superhero character’s name encapsulates what they should be more. It’s WONDER. WOMAN.
Get those two things right and you’re IN.

And thank the Olympian pantheon, we get both. Gentle. Strong. Brave. Regal. Rucka’s Diana confronts the question of her identity with both the righteous indignation of a devotee to truth and the humility of a hero who recognizes uncovering reality is her responsibility and burden alone. That is what we’ve been missing for so long from Wonder Woman; a being who has never failed to act from a place of love and a desire for peace in order to allow this love to prosper, whether it’s in defense of her sisters, mankind, or the innocent victims of evil. When Diana fights it’s out of necessity and as a response to violence rather than an offensive attack, her respect for living creatures simply because they are alive, is made clear within each panel. To me, this first issue feels less like the first scene of a story and more like the opening poem to an epic, the swelling song of longing that launches the heroes of any beloved classic onto their adventure. 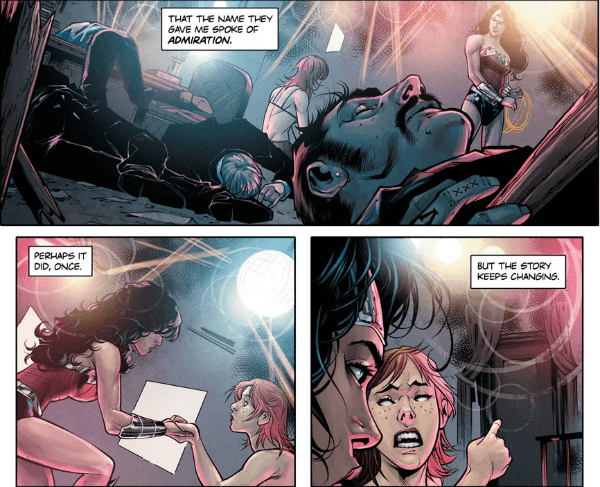 Of course, half the battle to any great comic is the artistry and Wonder Woman: Rebirth #1 leaves no disappointment in this department. Interestingly, the book is divided into two sections with two different artists and colorists per section, and the move is actually one of genius as it dramatically underscores the change of scene within the story. While Matthew Clark’s lines lend themselves incredibly well to cinematic sequences and gripping action shots while contrasting with Jeremy Colwell’s soft pastel palette, Liam Sharp’s pages introduce us to the painterly style that builds upon the themes of high fantasy. As if the gorgeous backgrounds were not enough, Laura Martin layers our hero in a pattern of delicious deep reds and oranges, the metaphorical fire burning within Diana become real.

If all this doesn’t convince you, let me say this as sincerely as possible: it’s safe to come home, my friends. Our Diana is safe, our ability to wonder again is safe, and I firmly believe that Rucka will finally give us the truth we’ve all been searching for.