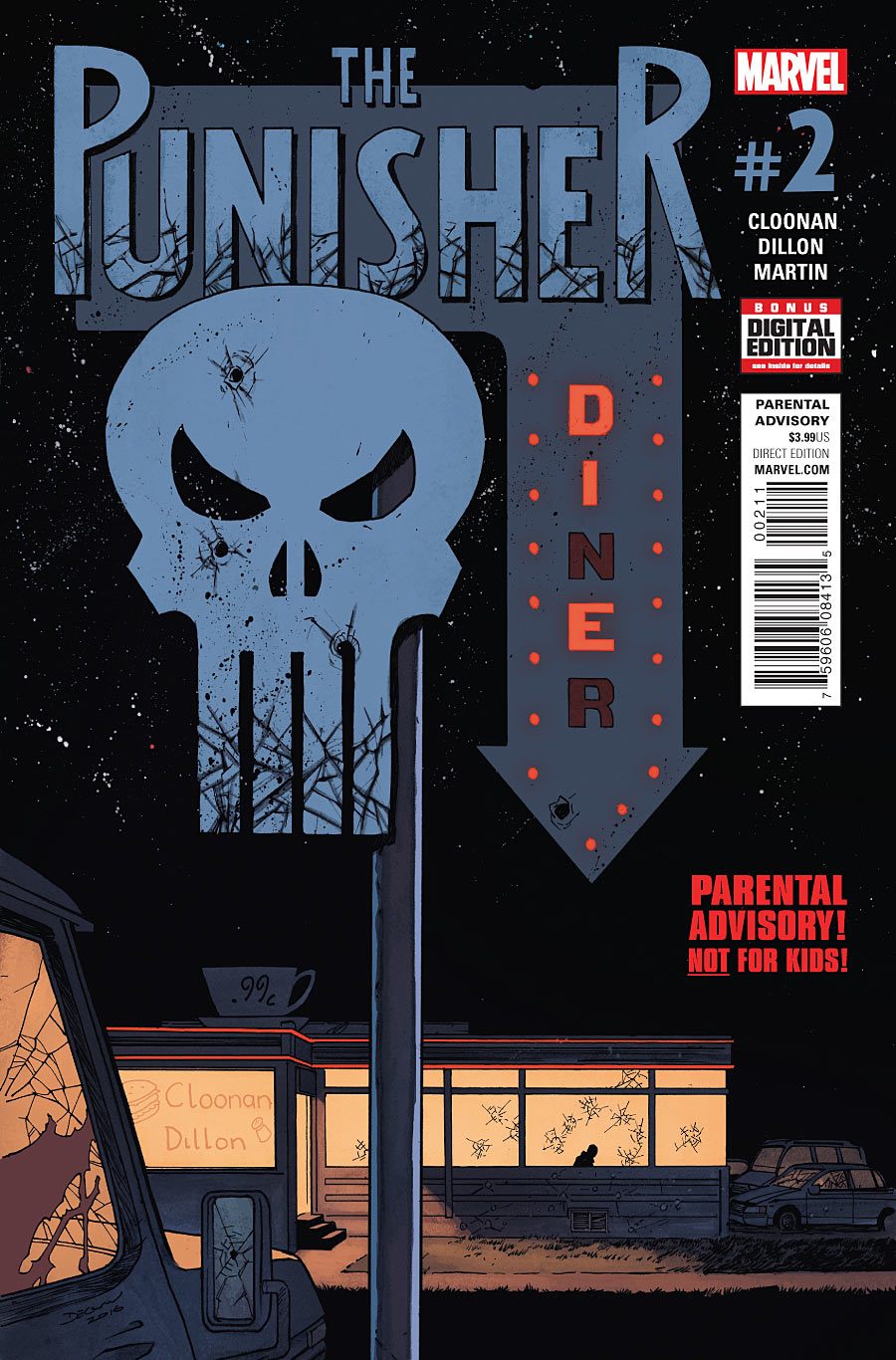 “Villains screw they face up at me, on some real shit son, they don’t want beef.” That’s the opening theme to The Punisher – the first 4 bars of In My Hood and then the lyrics fall off and the beat rides out to these panels. Frank Castle is on the hunt for Condor, a drug cartel slangin’ EMC, a drug that fell two characters short from the theory of relativity that makes gangstas relatively invincible to anyone else’s ass. Anyone else except Frank Fucking Castle.

The Punisher is a race to the villain with Frank hunting Condor at the same time as the police, both trying to get to them first to execute their form of justice. The police obviously want to prosecute while Frank wants to, well… you already know. This shit ain’t for kids. Frank droppin’ bodies like this is Streets of Rage and everybody’s name is Goon #2.

[divider type=”space_thin”]
Dillon continues to have great panel layouts and scenes that capture the mood, whether grim cop talk in the police precinct or frenetic gunfights. There are often tight scenes during the action that capture the narrow field of range of those in the fights, unknowing of what’s far enough to be off panel but near enough to hurt you. There’s always the looming threat of a bullet flying into a panel and killing someone out of nowhere, and it’s happened more than once.

The strength of this book is its fast-paced writing that weaves exposition with the ever-present violence you’d expect from the Punisher. It’s practically one-third build up to violence, one-third violence, and followed by one-third foreshadowing for the violence to come. This book is no nonsense, gun to your head, no cute tricks, perfectly in line with the Punisher himself. As the police get more involved and we dive deeper into the world of Condor, this story will only get more interesting.