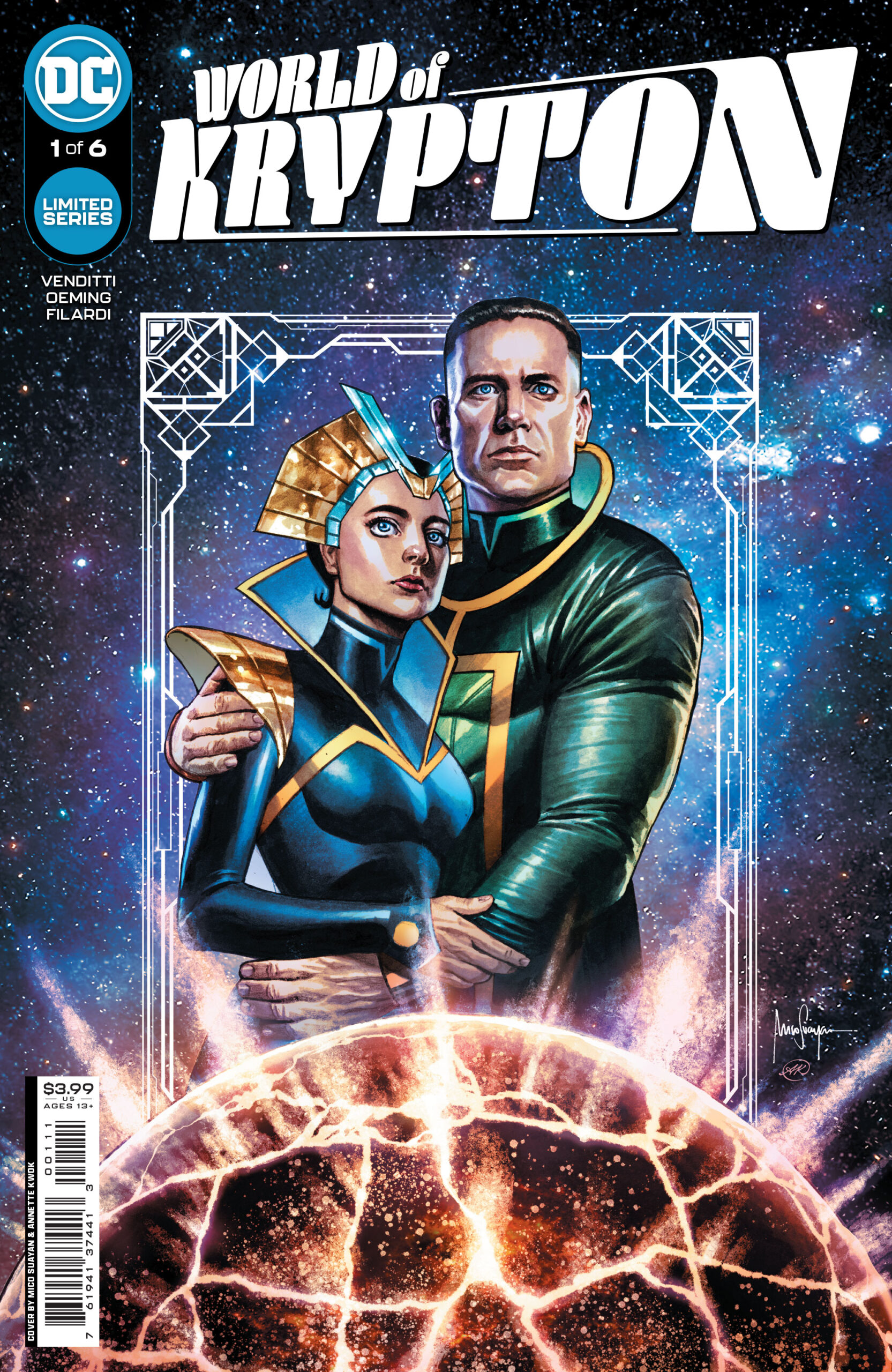 World of Krypton deals with the beginning of the end of the planet by the red sun that birthed heroes like Superman & Supergirl.

It follows the famous El family, right after the birth of Kara, as they attend a party for her naming ceremony. All of the Els are in attendance as they welcome the new baby into the family. Meanwhile, Jor-El gets troubling news from Nira-Ur, Chair for Natural Sciences on the council about the sudden death of a herd of Thought-Beasts.

World of Krypton #1 was a pretty solid first issue, and Vendetti did a really good job setting up the tone of the world, which most of us come in knowing a fair bit about already.

What I found interesting is that this is a story that we already know the ending to. We know that Krypton explodes, and everyone save for a handful of Kryptonians are going to die. We get to see them navigate the beginning of the end. It’s got to be incredibly difficult to write compelling characters and make us care for them when we ultimately know they’re not going to make it. But Vendetti is able to do it with ease. I guess that’s why he’s a professional.

I also thought Vendetti did a good job of conveying the different layers of Kryptonian society. We root for the Els because they have the same name as one of the greatest heroes ever, but it’s their hubris that ultimately causes their world to die. And most of the rest of the planet hates and resents them for their status. A big source of conflict in World of Krypton #1 follows an assassination attempt from some citizens that don’t agree with the Els continued prestige.

I really like Oemings’ art on this book. He brings a stylized look that really adds to the regal tone and aesthetic that Vendetti is setting up. It also helps differentiate it from something that takes place on Earth. Not that stylized art can’t take place on Earth, but it’s just another layer that adds to the story that makes it feel unique. Also, the Kryptonian clothing on display is absolutely fire. If they weren’t all about to die, I’d say that I’d like to see them strut the runway one time for the one time.

I like this book. I can’t really say that I’m excited to see how it turns out, because I already know. But I’m interested to see how we get there.