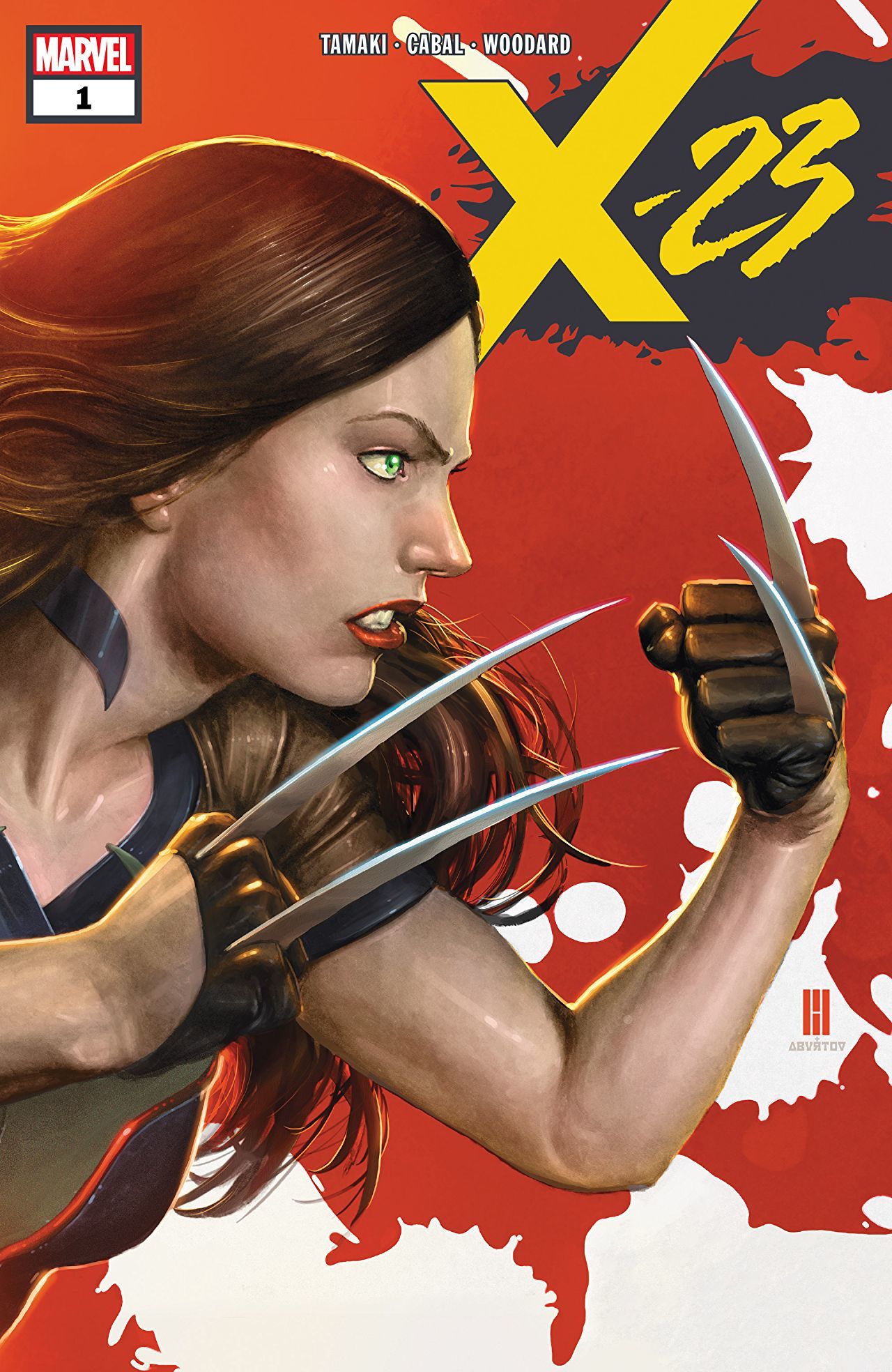 Laura Kinney, the ever-resilient clone of Wolverine, is back in a new solo series. She’s dropped the Wolverine cowl and has taken up the X-23 mantle again. However, aside from a code name change, there isn’t much that’s changed for one of the most deadly mutants alive. Still kicking ass, hunting clone conspiracies with her cloned sister Gabby and looking good while doing it.

More and more X-23 is cementing herself as one of the most badass women in the Marvel universe, more than deserving of the Wolverine title. Why that mantle is being taken away from her has yet to be explained. Marvel’s disrespect of legacy characters aside, we get a pretty fun, action-packed opening. We get to see Laura and Gabby at their best, as well as the Marvel universe at it’s weirdest with the duo taking down green lizard men trying to steal mutant genetic testing data. After that, the team of X-23 and Honey Badger move on to the next case of possible cloning shenanigans. 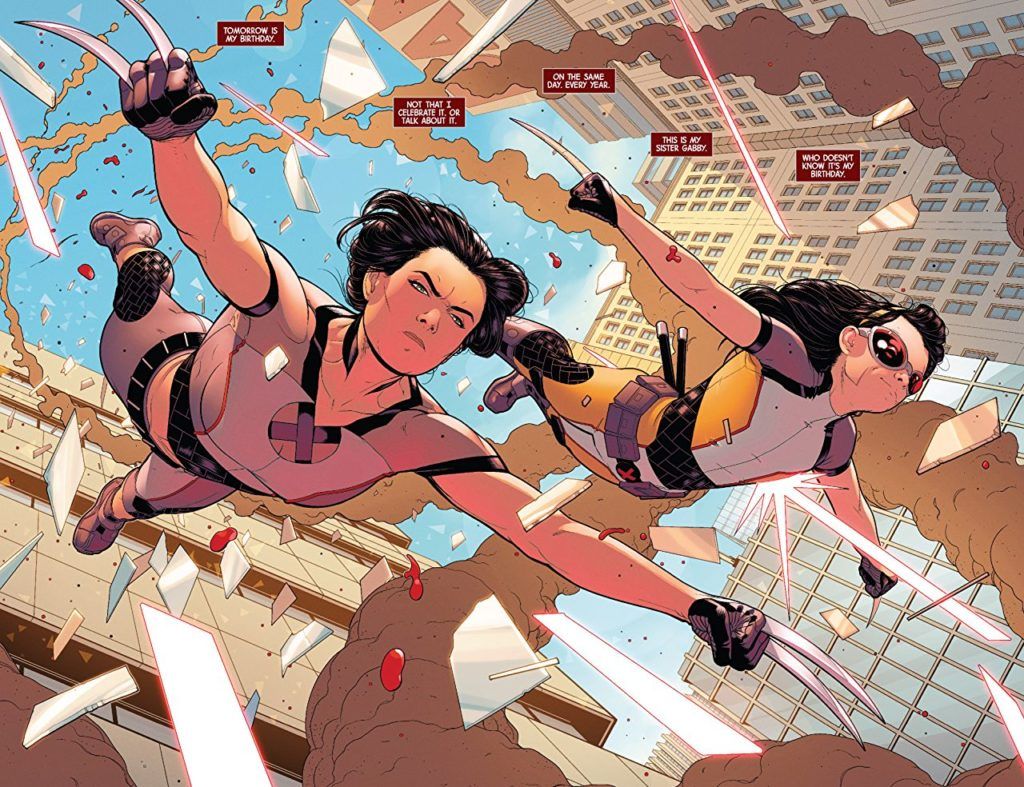 Honestly, the first issue is less of a new starting off point and more of a continuation of the All-New Wolverine series. It’s not necessarily a bad thing, as that series did a great job of building Laura as a great superhero worthy of being Wolverine. However, Laura leaving behind the Wolverine moniker is in no way addressed or used in any creative way possible. I get that the only reason Laura is going back to X-23 is due to Logan being alive and well, but writer Mariko Tamaki could’ve taken advantage of that for her narrative. It just seems like a missed opportunity.

I do like that Laura still has trouble dealing with her existence as a clone. Tamaki makes it a point to show how Laura views herself. Also, she writes Gabby pretty well. It’s pretty consistent with the character Tom Taylor introduced in All-New Wolverine, meaning she still has that same oddball personality that makes her enjoyable to read. And it’s important to note. Gabby plays off very well to Laura’s hard-shell personality. 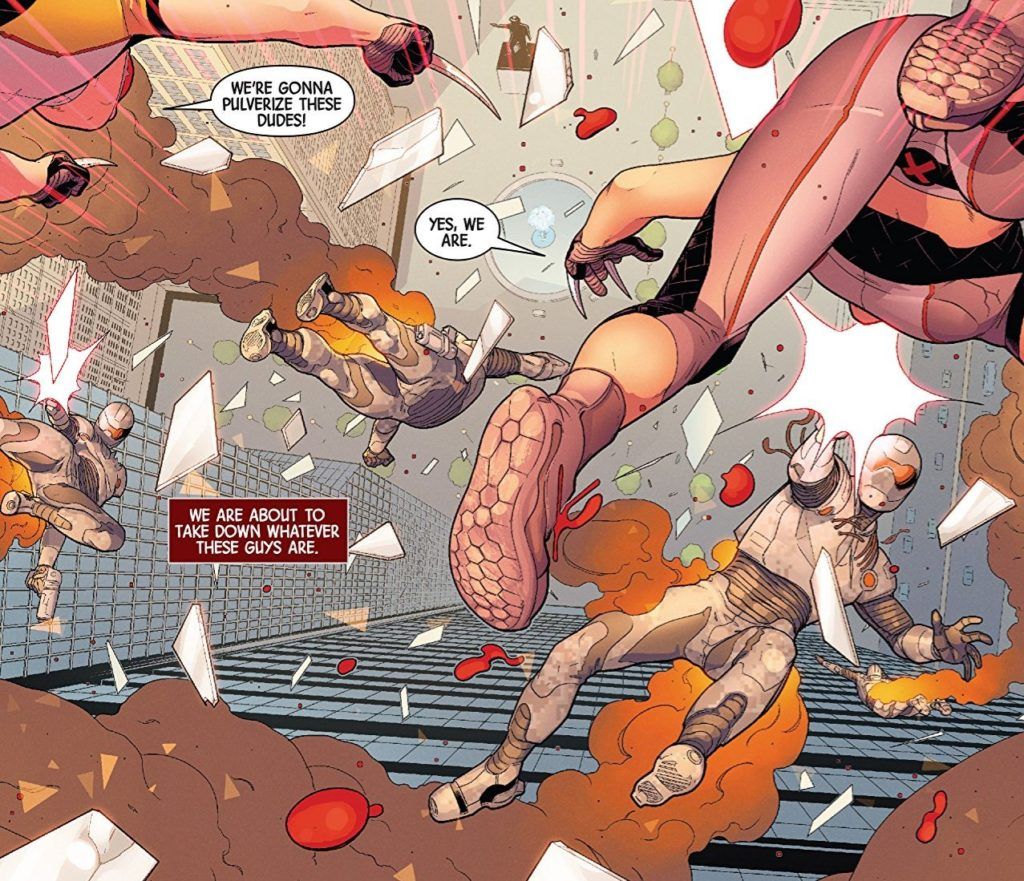 Art is handled by Juann Cabal, who is responsible for the great action packed opening we get. However, more than the action, I’m impressed by his facial work, which is important when drawing a character like Gabby who is rather energetic and expressive. I especially like how haunting he makes the characters towards the end of the book look.

In the end, it’s just business as usual. X-23 #1 is a solid issue. I wish the were more behind the start of a new series but continuing the same kind of storytelling we got in All-New Wolverine isn’t bad either. Also, without spoiling too much, the villains for this first arc are an excellent choice. They play well thematically to Laura’s story and I can’t wait to see more as they come head to head with Laura and Gabby.