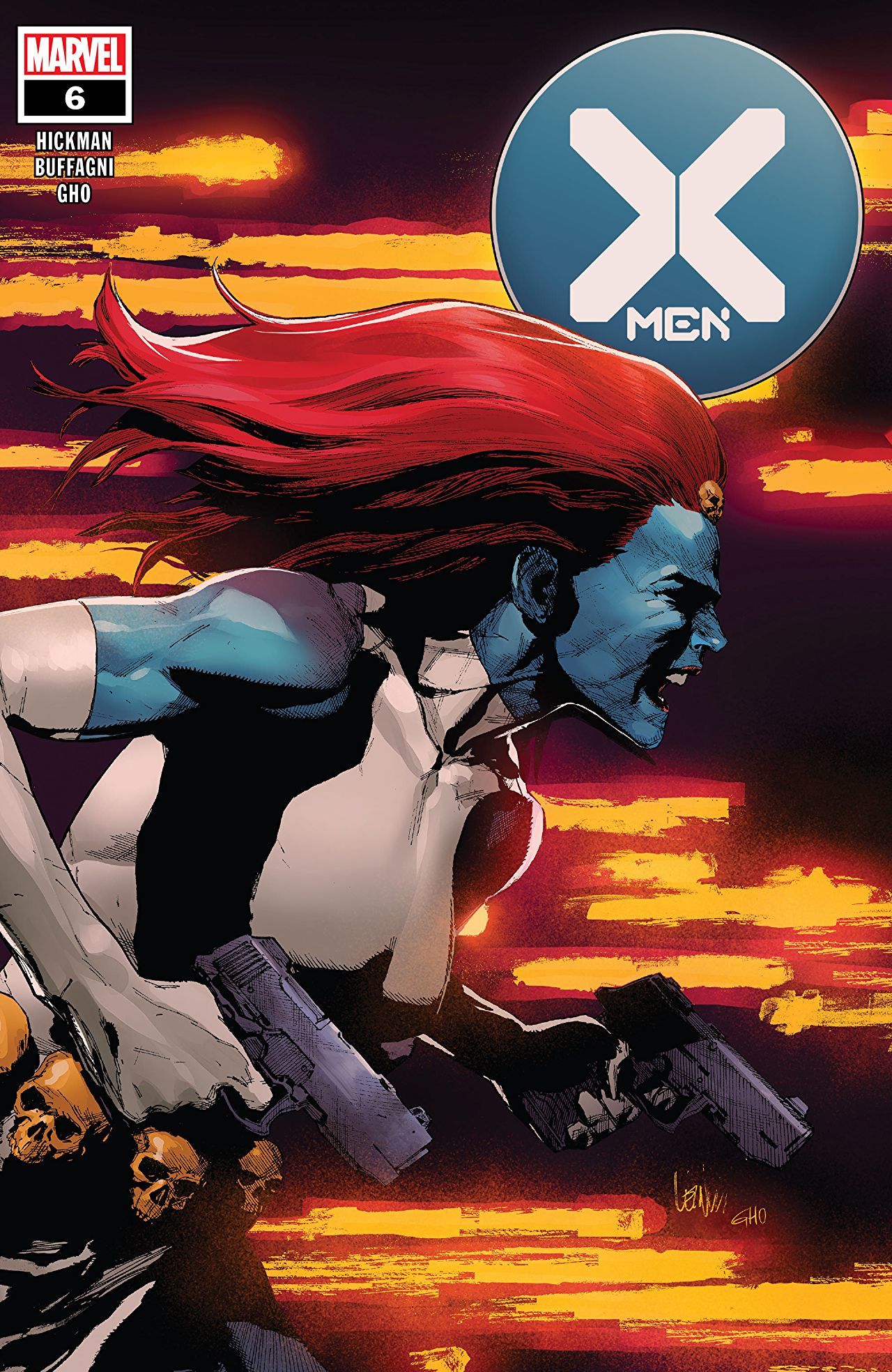 If you’re like me, you’ve always wondered what goes on inside the head of a certain Raven. While we don’t get any internal thoughts or intense monologues, we do get a very interesting flashback. Hickman gives us a peek at the life Mystique and Destiny wish they could’ve had. Yeahhh a whole 1% of this issue is romantic looks off into the sunset and bae goals. The rest is straight static between members of the Quiet Council as Hickman takes us back to that epic mission at the Orchis station orbiting the sun.

Charles Xavier is a reasonable man who has reached a certain level of conviction that defines this new era of X, but it also contradicts many of his pre-Krakoa values. One of the biggest stances he has taken is the no ‘pre-cogs allowed’ rule that most certainly doesn’t sit well with Mystique. Of course, Charles and Erik have a plan to exploit her demands to have Irene brought back from the dead, and they include a Krakoa gate planting side mission while Wolverine, Nightcrawler, and Cyclops destroy the control collars and take down the Mother Mold. We saw this all play it in House of X #4 but this added layer of drama and contention is what make this Hickman shut so great. This man never rests when it comes to the connectivity. You think you have one thing figured out then we turn the corner, and we see a while nother angle of greatness unfolding before our eyes. 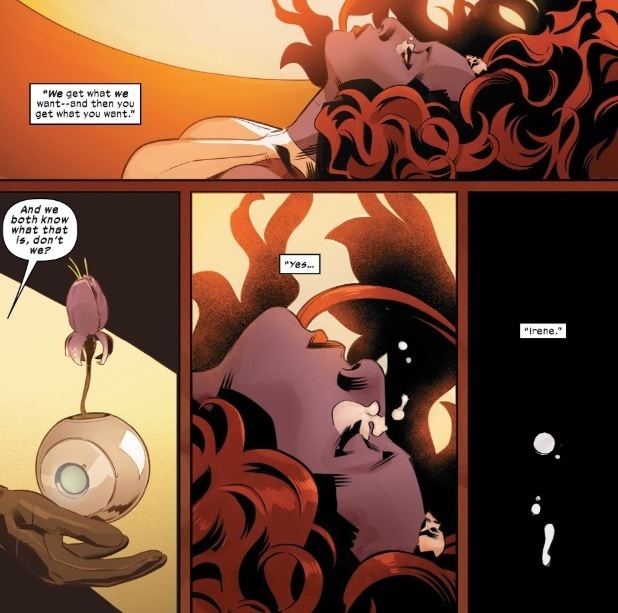 Well, we all know how that mission ended; Mystique floating in deep space, leaving behind a trail of frozen tears and uncertainty. Because the whole plan went sideways, Charles is unsure if she actually succeeded in her black ops mission, so more is asked of Mystique. At this point, I figured things would take a turn fir the worse but leave it to Hickman to toss in a new wrinkle instead if going with the stereotypical move of a known villain.

Raven does as she is asked and walks into a potential trap. Caught unawares, she Harlem Shakes and shapeshifts her way through Orchis, confirming she succeeded, but abstaining from one major decision that leads to all the leadership tension. Magneto was Puffy dancin all up in the video, instigating like a fuckin 7th grader, while Charles and Raven spit venom at each other. The Brotherhood vs. Gifted School vibes return, and Mystique absolutely loses it when they reprimand her for not taking action, despite the laws they forced her, and everyone else to live by. 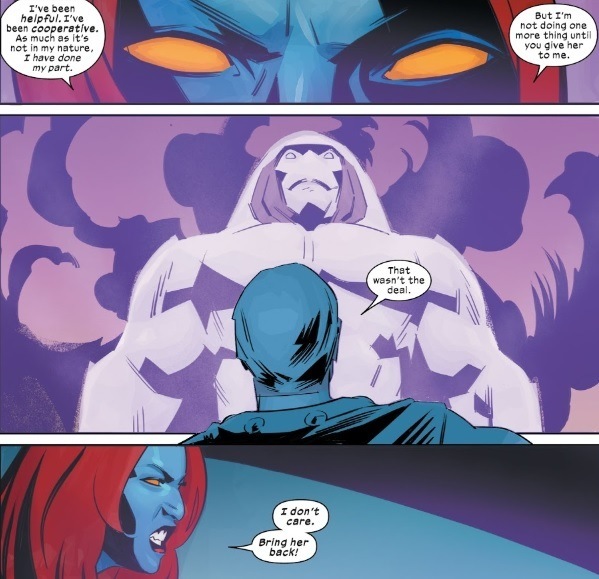 Shots are fired and old wounds are dug up, resulting in Mystique dropping her cordial demeanor that was bound to fade and letting the enemies turned partners know that she’s done with the  cooperation until they bring “MY WIFE BACK”!!

Sidebar: Marvel out here droppin LGBTQ bombs in these comic streets, and it feels so good!! From Iceman n Christian Frost to Karolina n Nico, they slayin. From Okoye n Ayo to Destiny and Mystique, Marvel got themselves some representation! Yes, I know there are more, but we got more X-Ish to get to.

By the end of this issue, we find out the truth about the future Destiny foresees and tells her wife that she must pull off the ultimate betrayal if they continue to jerk her around. Can’t wait to see how Hickman handles that already established as an anti-hero, heel turn. Oh, and lest we forget that Alia Gregor just became the most important name in X-Men moving forward…

8.5 Shapeshifting Suicide Missions out of 10