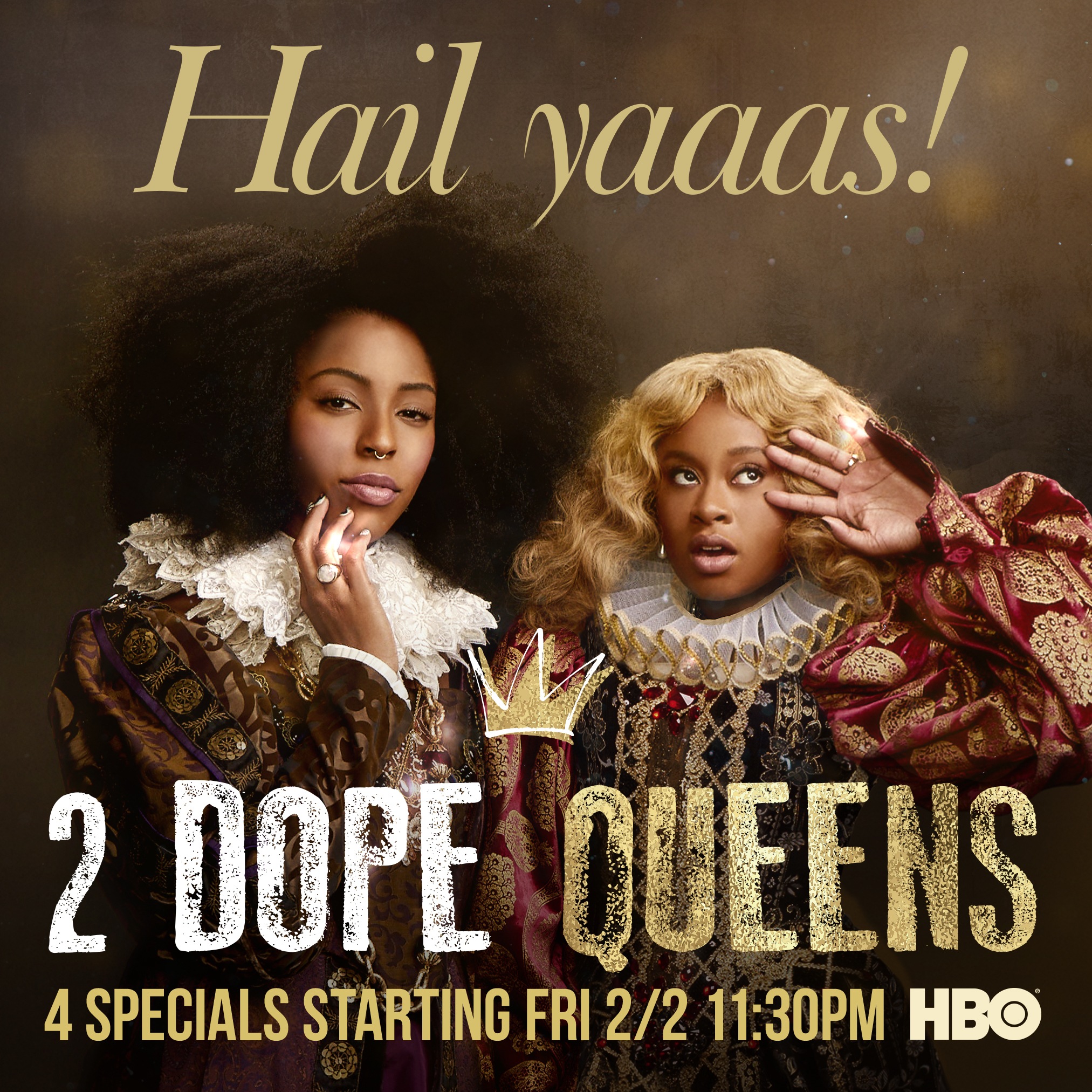 Those of us who have been fans of Jessica Williams and Phoebe Robinson’s live comedy were thrilled to hear that they’d teamed up with HBO to celebrate the Blackest of Black History Months with four specials during the month of February. The duo have hosted the most lit comedy party podcast since 2016, showcasing a variety of comedians and guests — both the well-known and the unknown, and many of them marginalized voices you might not hear anywhere else. Their specials, filmed at the historic Kings Theater in Brooklyn and directed by Tig Notaro, bring the live show to the masses who haven’t been lucky enough to attend tapings in person.

The first special, their “New York” episode, begins with the queens unable to get into their own show, stopped in the lobby of the theater by an usher who doesn’t recognize them. They buy the last two tickets to their own show — and discover it’s sold out! YAAAAS, Queens. 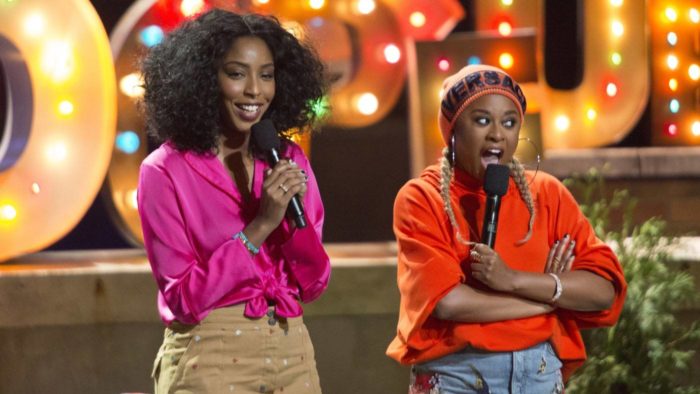 Once onstage, the hosts’ banter is classic Queens. The two launch into their millennial Black girl magic, run through a list of White People Who Should Apologize, and reminisce about when they each first arrived in New York–their housing struggles and, for Jessica, who is a Southern California native, getting used to Real Weather.

So, one ongoing element of the podcast is that at some point, the Queens will ask for someone to bring them water or a rosé or something. This time around, they ask for a stagehand to help clean up the set, and surprise! It’s Jon Stewart, Jessica’s old boss from Daily Show. Jon Stewart, who Jessica calls the “face of New York,” and after catching up a bit, they play a game where he has to identify from several slices of lukewarm pizza the real NYC dollar slice as opposed to the expensive boogie pizza. 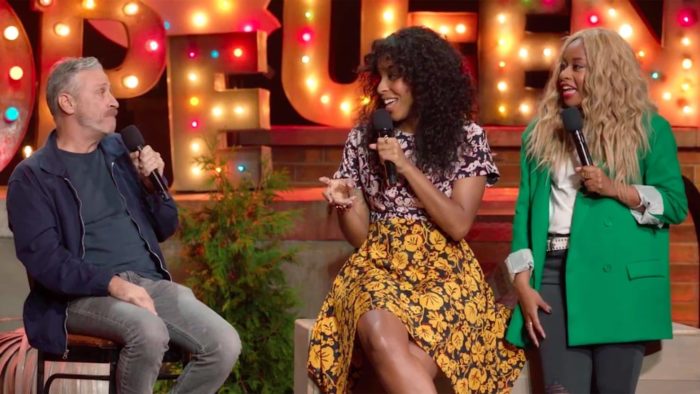 The second episode, “Hair,” starts with the ladies discussing, amongst other things, old hairstyle failures — Phoebe using white people products to loc her hair when she was in college, and Jessica’s losing the beads her mother put in her cornrows as a child. They also talk about their white baes: Phoebe’s boyfriend rubbing lotion on her feet is what Martin Luther King dreamed about, and Jessica’s boo greasing her scalp when she has braids feels like reparations. Absolutely hilarious are their jokes about how they like to have sex. Jessica describes mounting her man like Dominique Dawes, while Phoebe says she’s the Rosa Parks of the bedroom: she just wants to lie there; she’s not getting up for any white man.

The big guest this time is New York hair icon and Sex and the City and now Divorce star, Sarah Jessica Parker — who saunters out onto the stage and kneels to help buckle one of Phoebe’s heels. (I die.) She then pulls out the big brunch spread she’s brought them (from Costco, of course, because SJP is real people), and the three of them hand out food to the audience. Even though Sarah’s hair is straightened, they talk about how inspirational her big, curly, natural hair has always been. The highlight? The Queens ask Sarah what she’d like to know about Black hair. So many questions about some of the complicated styles she sees on the subway and how to maintain them. Hilarity ensues. (Also, SJP takes the subway. See? Real people.) 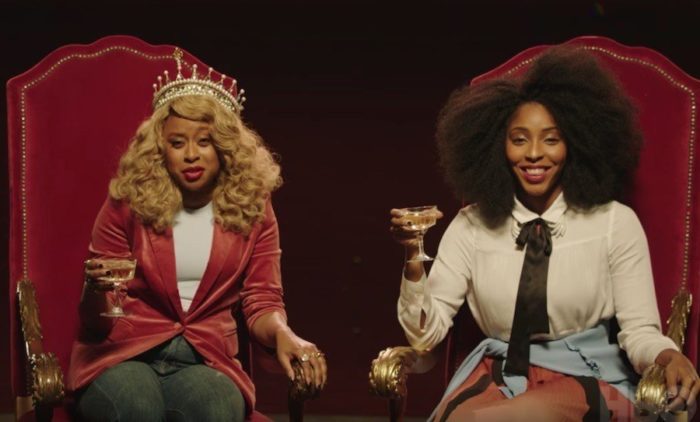 Honorary third Dope Queen Michelle Buteau, a regular on the podcast, is a stands out among the specials’ stand-up guests — her revenge on a Trump-supporting gynecologist took me out. Also notable from the first two episodes are Rhea Butcher, Aparna Nancherla, Baron Vaughn (of Grace and Frankie), and Sheng Wang (Fresh Off the Boat). The only low point is Mark Normand, the lone white guy in the “New York” episode beyond Stewart; his delivery reminds me of Quagmire from The Family Guy, and unfortunately, so does his misogyny.

The specials air on HBO throughout Black History Month on Friday nights, with the first episode available on demand starting February 5.