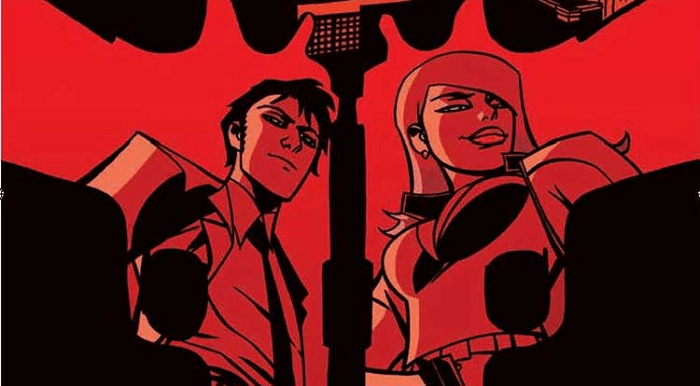 Despite we here at Black Nerd Problems being voracious comic readers who tear through the good, bad and ugly pages so you don’t have to, the sad reality is that we don’t get to everything. One reason for this is because comics cost money and, at some point, we have to attend to financial responsibilities like kids, electricity, rent or in my case, beer (by the way, feel free to donate comics or beer to the Black Nerd Problems staff at your leisure). Another reason is that there’s maybe ten of us. However, that doesn’t mean we don’t notice that there are some really outstanding comics out there that just aren’t being talked about nearly enough for our liking. The following are just a handful that deserve a bit more conversation.

Magneto: Seriously, Marvel hasn’t done nearly enough to push this book and they really should. I mean, this is one of Marvel’s oldest, time honored villains here and I don’t think he’s ever had a solo title that I can think of. This should really be more of an event. Apparently, the Master of Magnetism finally had enough of the factions in the mutant community. The X-Men at the Jean Grey School create more than enough of their own problems to properly function as mutant police. And awesome as Cyclops is, let’s face it, since killing Charles Xavier, he’s pretty much become the new Magneto. And the Brotherhood has gone from trying to be the Black Panther Party of mutantkind to just being….I don’t know WHAT they’re doing, actually (if YOU know what’s going on with them, the comment section is available to you, by all means). So, Erik has struck out on his own to get back to his roots and rediscover what it’s all about. And by “what it’s all about”, I really mean “killing war criminals with stop signs and paper clips.” Basically, Magneto has become the Punisher for mutants.

Magneto as a murder vigilante. That alone is worth the four bucks. Cullen Bunn masterfully crafts an unconventional tale about a man so driven by purpose, so void of a normal life, you start to wonder whether the cause needs him….or he needs the cause. Even the art goes against the traditions of a superhero (or really, antihero) comic and seem to give us a real close up insight into the subjects. Seriously, guys….this is a brilliant comic.

The Wake: Scott Snyder’s runs on Batman has been quite the conversation topic with some of us here at BNP, but his miniseries on DC’s Vertigo imprint is another notch on his gun belt that truly shows off his skills as a master storyteller. The ten issue tale of a scientist charged with solving a deep sea mystery of an ancient killer mermaid monster. That’s really all I can give you story-wise without giving away the best parts….and that’s just a fraction!!! One of the great things about this series is that the lead character, Dr. Lee Archer is a female protagonist to be reckoned with. Snyder finds a way to balance a certain degree of backstory with creating a determined, slightly stoic character reminiscent of Alien’s Ellen Ripley. Artist Sean Murphy doesn’t terrific job of using a uniquely broad color palette to create mysterious yet claustrophobic environments that are the bread and butter of survival horror. There are several times when you feel trapped in peril right alongside the the crew. Magic frequencies, badass women, killer mermaids, half kaiju submarines….there’s virtually no downside to reading this book. The final issue is coming up next month so there’s still plenty of time to play catch up and it’s well worth the cash.

The Mercenary Sea: Here, we take a departure from the Big Two (Marvel and DC) and also move away from superheroics for a a minute. Image has really been making themselves into sort of a safe space for writers and creators to tell dynamic stories that would usually be considered fringe properties by the more mainstream publishers. The best example I can think of (without harping on and drooling over Brian K. Vaughn’s “Saga”) would be this old school, high seas adventure romp.

Kel Symons channels the likes of Han Solo and Jim Steranko’s Nick Fury to give us mercenary/smuggler/bootlegger, Jack Harper. This unpredictable rogue and his crew of misfits and outlaws aboard the Venture spend the better part of their time jumping from one death defying job to the next to stay afloat while ducking rivals, the Chinese military and guerillas. In addition to avoiding trouble (and making some along the way), the crew is also on the lookout for the fabled treasure island of Koji Ra. Every page is an action packed tribute to the likes of Sgt. Rock and the African Queen. Even from the first issue, Symons wastes no time throwing his characters right in the thick of things and letting them swim their way out of this alphabet soup of danger. While he does an amazing job balancing the considerable number of cast member, the MVP here is Mathew Reynolds whose pencil work gives us a silhouetted masterpiece blending the beauty of 1950s film posters with the stylized sensibilities of contemporary animated shows like Archer. This is easily one of the best titles of its kind in the past decade or so. No kidding…if you hold this book to your ear, you can actually hear the Johnny Quest theme song playing.

Starlight: Mark Millar tends to catch crap for doing a lot of work that covers the same ground of deconstructing superhero culture, but once in a while, he comes up with a true gem that stands out from the others. In this case, it comes in the form of this bare bones, space opera send up of old school, square jawed heroes like Flash Gordon and John Carter. The story centers around Duke McQueen, a pilot who took a wrong turn and ended up in another galaxy. There, he became a swashbuckling hero of the people, saving worlds on countless occasions, revered as a legend. The only problem is that when he returned to Earth, nobody believed him and he was labeled a crackpot. Now, decades later, widowed and lonely, fate throws a new opportunity in McQueen’s lap to reclaim his mantle and save the galaxy once more. This is insanely fun and campy with its unapologetic straightforwardness. Starlight is a unique read in comparison to Millar’s usual fare because it forgoes his trademark cynicism towards heroism. McQueen isn’t a salty old stick in the mud who’d rather be watching Fox News and going to be at 7. Despite the notable (albeit realistic) degree of coaxing it takes to get him back in the saddle, he’s a guy with a code, a sense of duty and a powerful need to reclaim some of the dignity he lost to a disbelieving Earth. And it’s worth mentioning that Tilda Starr, the badass female leader of the resistance is a well characterized person of color (I’m pretty sure she’s meant to be black…I don’t know what the rules are when the character’s an alien). Also, Goran Parlov’s art has been doing the Lord’s Work on this book. He pays such ridiculous attention to detail, you would think he draws this book while looking at the pages through a magnifying glass. I think I read on WebMD once that if you read more than one issue of Starlight in a row, you’ll black out and next thing you know, you will have started a swordfight with a complete stranger screaming “Death to Ming!”

The United States of Murder Inc: So, with all the superhero titles Brian Michael Bendis works on at any given moment, people tend to forget that he’s second to none when it comes to crime fiction (if you’ve read Powers and Daredevil…despite there being superheroes, they’re basically crime drama). Fortunately, for those who need reminding or those who may have just never known…shame on you, by the way…behold this stripped down mafia thriller. The story takes place in present day America with one difference: the Mafia “won.” Instead of being Elliot Ness’d out of relevance, the government dealt under the table with them and gave them most of the East Coast. The story thus far is told mostly through the eyes of Valentine Gallo, a newly made man like his father was before him. Once inducted, he gets a simple task to drop off a package and leave. As you can probably imagine, from that moment, everything begins to go awry. This is sort of a departure from Bendis’ usual work in regards to exposition. It doesn’t waste a lot of time bringing you up to speed. You’re given all the information you need when the characters get it. It’s longer than your usual monthly so there’s definitely plenty of room to establish this mob compromised world and the players within it. If you need another reasons to pick this book up, there the fact that it once again pairs Bendis with his artist partner on the critically acclaimed Powers, Michael Avon Oeming. I could go on and on about how he creates such an atmospheric tone and compliments Bendis’ script with clean, well thought-out layouts, but at this point, none of that really needs to be said. I could present ANY panel of this book, in OR out of context and the work would speak for itself. Really, any amount of words I’ve spent selling you on this book is too many. You should have stopped reading this 100 words ago and ran to your nearest comic shop to snag it so I’m not even sure what I’m still writing this for.