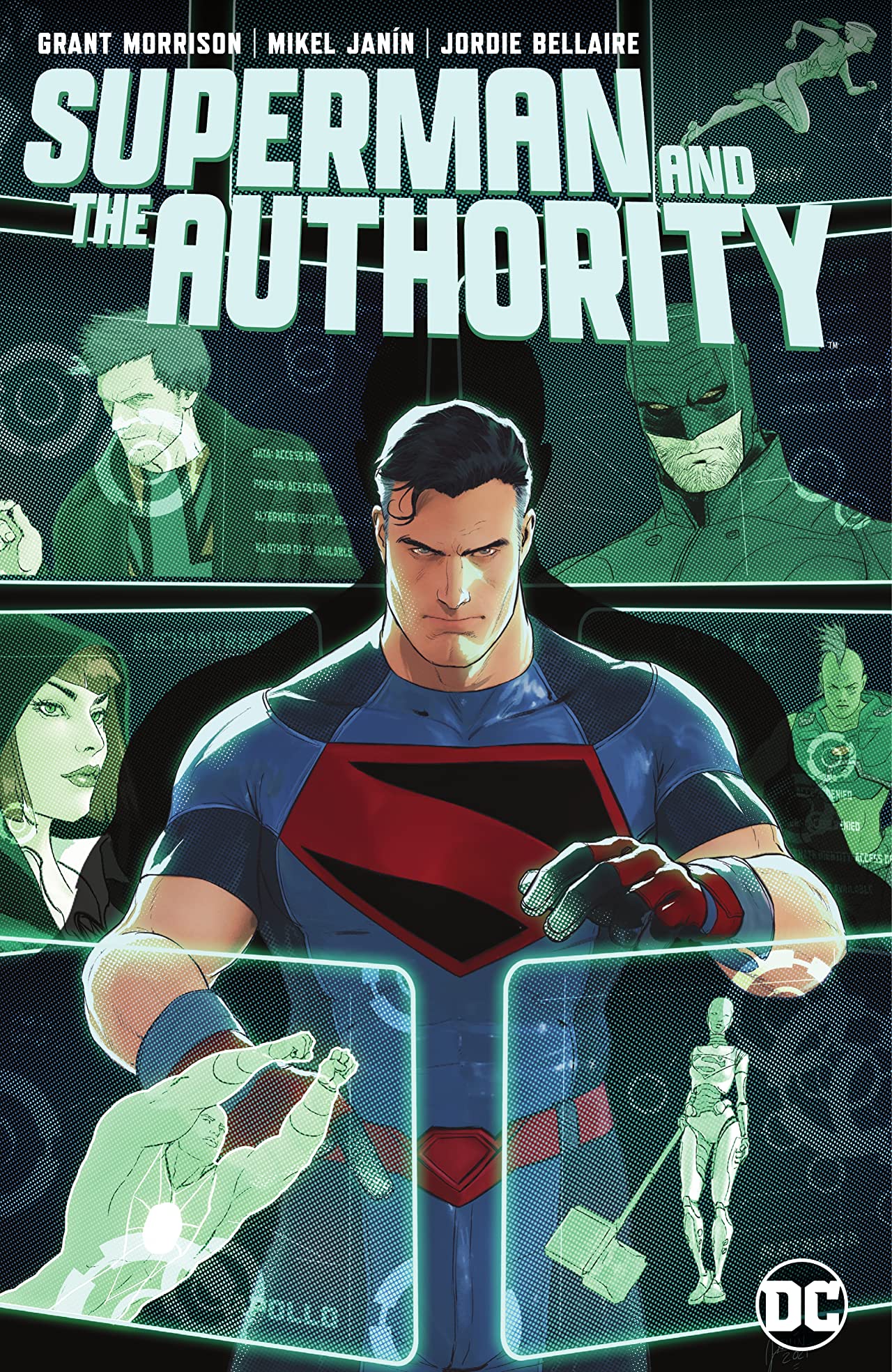 We’ve seen Grant Morrison write some pivotal Superman lore over the years that has become gospel to the mythos going forward. Despite its rather confusing and much debated place in mainstream canon (if there is any at all), Morrison’s goodbye DC Comics work, Superman and the Authority is an undeniably entertaining story that sees Big Blue assembling a team of young badasses to take world saving to the next level. In addition to kicking planet sized amounts of ass, the book tells us a few great things we probably need to know about the “Man of Tomorrow” and his vision for the world he fights for.

1. Superman is Getting Too Old for This Shit

One major fascination among Superman fans has always been that of the future vision. What does it look like when the “Man of Steel” ages? For a while now, one of the more popular incarnations of this across the endless multiverse of Superman mythos would definitely be the version from Kingdom Come (yes, like the Hov album); a graying Kal-El, still as powerful as ever, coming out of retirement to save the world.

Superman and the Authority immediately challenges this notion when we meet Grant Morrison’s Big Blue as a diminished version of himself, his powers a fraction of what they once were. His classic costume appears as a thing of the past, redesigned into a sleeveless, more tactical uniform. His five o’clock shadow alludes to a man not only capable of aging but also fatigue. He almost seems tired when we first see him approaching his soon-to-be allies. Whereas Kingdom Come Superman had clearly grown weary of the status quo, the laborious work of the neverending battle wears on this version’s body. It’s obvious that our hero, to paraphrase from Lethal Weapon…is getting too old for this shit.

2. Superman Does Not Care that He’s Getting Too Old for This Shit

Just because he’s lost a good percentage of his superpowers doesn’t mean that Kal-El has excused himself from the good fight. In fact, Morrison uses Superman and the Authority to remind us that his powers are the least of his qualities. It’s easy to forget that the Man of Steel isn’t just who he is because he’s strong or fast. He has his intellect, instincts, the benefit of his experience, endless resources. Basically, if he can’t be a superhero, he’ll be an adventurer. But before anything else, he’s a good man…who, in this case, made a promise decades ago to a hopeful JFK that he would make a better world if anything happened to him (which it, of course, did). And it’s that unironic, boundless well of hope for the future that can sway just about anyone to his cause. In this case, he even convinced his longtime antihero nemesis, Manchester Black, to join The Authority, a special ops team led by the big guy himself on his quest to change the world. That’s the kind of iron resolve we’re talking about when it comes to his dedication to his mission.

This is really the most important element to me. Superman is a bottomless well of kindness and hope who believes in the best of humanity even when humanity doesn’t believe in itself. However, if he never punches a bad guy, he’s basically just a costumed social worker. And don’t think that his diminished power set has made him any less ready for the smoke. Supes’ first archenemy, the Ultra Humanite, made the mistake of thinking our hero was easy pickings in his current state. He thought he had his “W” in the bag with his utterly ridiculous plan to replace Superman’s brain with his own. But our boy had the whole chessboard planned out steps ahead from playing possum as if he were completely weakened….to having Lois Lane jump the Humanite in the 11th hour. And then he learned the hard way, the old-fashioned way that underestimating the world’s greatest hero is the easiest way to catch an afternoon binge of Merry Fist-mas. Speaking of the Ultra Humanite….

Just ask Manchester Black. There was a time when he was on the A-List of villains/antiheroes and next thing you know, the cops got this man cornered in a building like Diddy at the end of the Victory video screaming, “What I’ma do now? Huh?” But Black has one advantage over much of his villainous brethren: He knows how to quit when he’s behind. So, it didn’t take a lot of convincing from Big Blue for him to get with the winning team. Meanwhile, the Ultra Humanite had to wait until Superman was (theoretically) at his weakest to abduct him and swap brains in an attempt to take over his body and remaining powers. If he’s depowered enough to be overpowered and taken…what’s the point of taking his body? It’s half-assed plans like this that bring us to one simple conclusion: the bad guys are not aging gracefully in Superman and the Authority.

5. Supes is Learning to Let the Young Kids Rock

One of the things about Kingdom Come (I keep pivoting back to KC because it’s one of the gold standards when we talk about Superman getting old) is that for all its good intentions, there was a lot of finger wagging from the OGs that hasn’t exactly aged well over time. Superman took his jersey back to bring order to a chaotic, unbalanced world but he did a lot of talking down to the youngsters along the way. That Superman could NEVER have convinced Manchester Black to switching sides. In Superman and the Authority, Supes is more open to trusting the newer generation to get things done their way (like his son taking over his duties as Superman) while he solves the big problems. He outright tells Brainiac, the Big Bad behind the Ultra Humanite’s scheming, that he couldn’t care less about his evil plot of the week. He trusts that he’s set the right example over the years and that his successors will take those values and maintain his standards while he sets his sights beyond Earth….starting with Warworld, Mongul’s traveling home planet. This is a necessary example to see because generational struggles are a huge part of how we grow and the idea that the passing down of the good fight should be one of more trust, not ego and judgment.

Check out other Superman reviews and articles here.