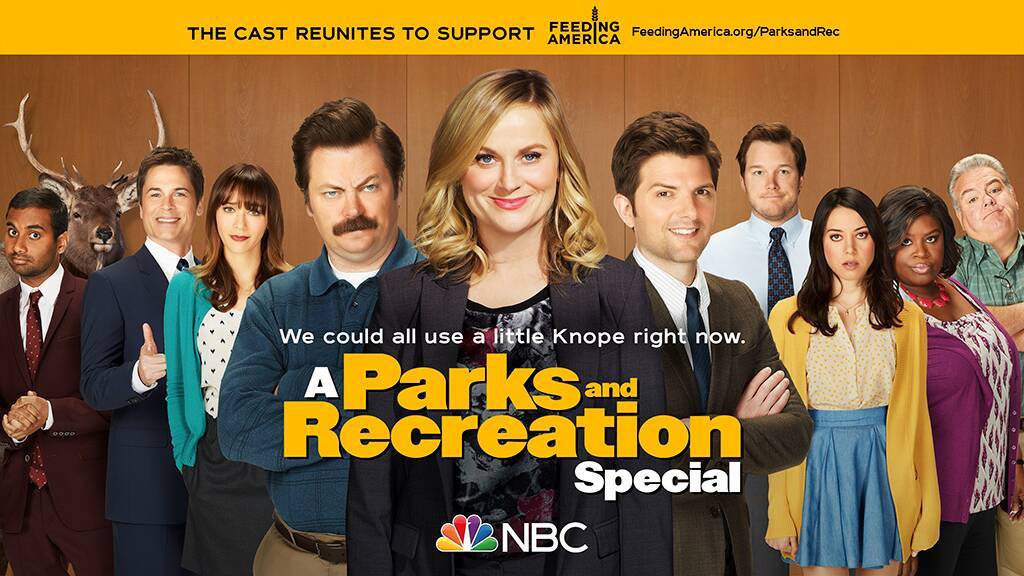 As we begin to adjust to remote-themed TV episodes, like the eeriness of Last Week Tonight with John Oliver without a studio audience, you likely swing from being comfortable with this new normal to feeling depressed that this is the new normal at all. Not a second too soon comes the most heartwarming reunion fans could want: A Parks and Recreation Special. The episode was written by show creator Michael Schur, having recently completed another memorable comedy, The Good Place. The full cast returns with Leslie Knope, Ron Swanson, Tom Haverford, Ann Perkins, April Ludgate, Andy Dwyer, Ben Wyatt, Chris Traeger, Donna Meagle, and Garry Gergich for a scripted episode that takes place in present-day with the characters we came to love by the time Parks and Recreation ended in 2015 (can you believe it’s been 5 years?).

Not to bury the lead, A Parks and Recreation Special can be streamed on the NBC app, Hulu, Peacock, and YouTube. It takes place as the characters are in their respective quarantines, communicating through a Skype-like app called Gryzzl thanks to Leslie’s insistence they establish a “phone tree” so each person is checked in on daily. If you haven’t yet, take a break for some not-so-distant nostalgia.

The episode was created to raise funds for Feeding America’s COVID-19 Response Fund, which helps food banks to secure the resources they need to serve the most vulnerable members of the country. In the spirit of Leslie Knope and do-gooders everywhere, consider going to www.feedingamerica.org/parksandrec to support. For those who have already seen A Parks and Recreation Special, here’s a countdown of the heartstring pulls that were both inevitable and satisfying:

Comedy and nostalgia’s low-hanging fruit are the simple pop-culture references, to which A Parks and Recreation Special uses its own Cones of Dunshire to remind longtime fans of its running joke about Ben Wyatt’s homemade game. There are plenty of other references to reward fans with a walk down memory lane, including side characters like Jean Ralphio, Joan Callamezzo, and Perd Hapley, along with alter-egos like Johnny Karate.

4. Glimpses into the Present

It’s been five years since Parks and Recreation ended, and any well-ended show offers some satisfaction to your understanding of what might happen in its characters’ lives. The Special doesn’t take on itself to change any of that or throw surprises to warp the endings you would have assumed, but rather plays up the best of each character’s endearing traits over the span of half an hour. April and Andy are still together, “Satan’s Niece” in a lovable odd couple with the town buffoon; Ann and Chris reference their kids, as Ann volunteers as a critical health worker in Michigan; Tom and Donna both relish in treating themselves to the finer things in life as best they can. 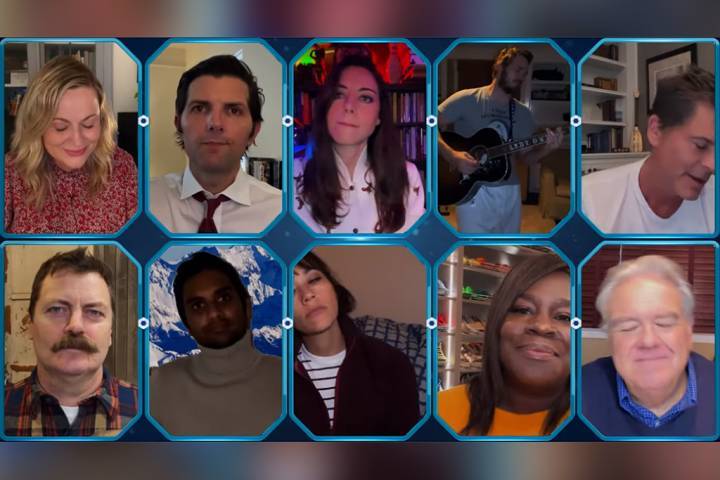 It wouldn’t be a great Parks and Rec episode without quirks like Lil’ Sebastian (who is, of course, referenced) but also without the sisterly love of Ann and Leslie. More accurately, Leslie expressing borderline-obsessed admiration with the perfect being that is Ann Perkins. Leslie and Ann’s relationship remains an awesome representation of women supporting women.

“Leslie, don’t spend all your time looking after other people,” Ron tells Leslie, and all of us, at the close of the episode. “Look after yourself once in a while.” “That’s good advice,” Leslie responds.

The flood of nostalgia will remind you of a simpler time and the optimism of Parks and Recreation‘s Pawnee, Indiana as you watch the original montage. I was worried they would change it, perhaps re-do its scenes with the actors recreating it from their homes or some other quirky, self-indulgent idea, but they left it be. They gave us that. About twenty seconds of feeling like 2015 again, and for about twenty seconds, everything felt great.