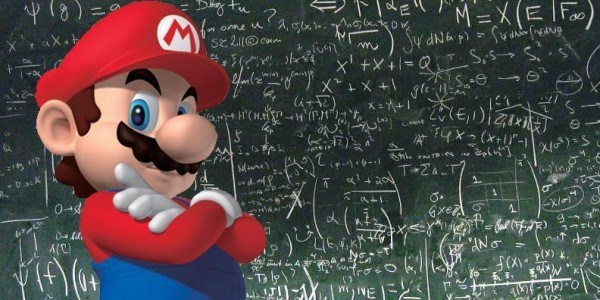 There’s an invariable amount of knowledge to be had when you amass the thousands upon thousands of hours of gaming in a gamer’s life. For years there’s been a number of attempts, both successful and not, to brand a form of gaming as particularly educational and market them to kids, particularly those of which have parents that are more stringent about the way their children spend their time in front of a screen. Here’s my short list of five skills that have been ingrained in me through gaming, mostly through indirect subsidiary parts of major franchise titles.

Maps are a basic part of games across countless genres. Maps are used in game to relay landscape, resource, quest, story line, and territorial claims among countless other variations that cater to what a game designer may feel necessary to convey to the gamer. Though there’s precedent for reading maps, particularly in urban areas, via Google Maps or something of the like, there aren’t many people that I’ve met that can truly read a topographical map. Just consider you’re dropped into the middle of nowhere and you’re given nothing but a map of the immediate 10 mile radius around you, I don’t imagine there’s many folks in both urban and suburban areas that can even locate where they are on that map given the context of the landscape, topography, and direction they’re placed. Through gaming I’ve honed this skill solely because that’s exactly what many games do, they drop you in the middle of nowhere and you have to figure out the best route to loot, food, or shelter. Many games even incorporate nature as a compass in that you can use the Sun in game (because in-game time and the passage of it is synchronized with real world time) to determine what direction you’re heading. Now I’m not saying that I’ve been transformed into some sort of survivor-man because of what I’ve learned about map reading via gaming, as I certainly am not about swallowing any bugs for small amounts of protein, but I can confidently say that if I’m dropped in the wild and I’ve got an accurate map of the area, I’m most certainly capable of finding the nearest Chinese food buffet.

This one is fairly obvious as more and more first person shooters are using real world weapon designs and modifications to include in their games. In fact, I can probably walk into the hunting section of a K-Mart and name about 90% of the weapons they’ve got in stock because of how real world most first person shooters have been taking their arsenals. The margin of error with which game designers are using weapon sights in their titles has become minuscule to almost none. I came to this realization when my father-in-law introduced me to target shooting, though he was an excellent teacher in the short amount of preparation that I underwent with him before he placed a weapon in my hands, the familiarity with which I was able to use even simple iron sights to line my targets up was definitely rearing its head through the muscle memory that hundreds of hours of trimming the tops off of enemy Nazis had imbued. Enough so that I even got fancy with a little bit of our next skill.

The next step in target shooting was clay pidgeon shooting and man did that feel natural. I’m not going to say I was hitting my gamer accuracy numbers (around 80% with non-spread rounds, what now vato?) but after adjusting to the weight of the double barrel shotgun and the awkwardness of keeping it steady while pointing it up in the air, I was definitely stealing quite a few targets from a man who’d been handling weapons for almost the entirety of his life.

Now, for those of you unfamiliar with the concept, lag, otherwise known as latency, severely affects movement and aim in a number of games. Most modern games actually just freeze out for a second until your connection returns or just lets you keep going without any notice and when you reestablish a connection with the server you’re either dead or you’re re-positioned 10 feet back from where you thought you were. This is a terrible way of dealing with lag but with most gaming physics today, I suppose that’s the safest way to handle it. In the era of the FPS which I’d dominated with its Quake and Unreal Tournament series lag wasn’t something that went unnoticed, it was something you played through and as a result you’d have to adjust the way you play because the latency between you and the server you were playing on was just about a 10 to 50 milliseconds slower than your competitors. The term that was dubbed for gamers who played under these conditions was High Ping Bastard (HPB) and I was certainly one of them for many years. The conditions that were presented to HPBs were such that if you wanted a shot to land exactly on it’s target, you’d have to anticipate where they’d be by the time you hit ‘fire’, allowed for projectile travel time, and ultimately reached its destination.

Incredible air kills (that you can see demos of if you search Youtube for any competition-worthy first person shooter) became that much more difficult as an HPB simply because of the extra latency added onto the already difficult timing of a particular shot.

It may sound a bit strange, being taught the art of persuasion by an artificial intelligence but the way game designers have been moving for the last decade, especially with Role Playing Games (RPGs), has been to begin catering to multiple personalities in the gaming audience and offering varying plot trees based on the choices that a gamer makes throughout the main story line. Many game designers are making it commonplace to include three basic choices for every scenario a gamer might encounter; aggressive, defensive, and passive. Most aggressive options involve the use of force and employ the gamer’s ability to use their game-given powers to subdue and achieve what it is they want, defensive choices are often righteous and honorable ways of repelling the evils that might be cast upon you. Finally, passive encounters usually result in benign interactions which can be incredibly profitable in terms of gear and game currency as this is the option that involves persuasion. Persuasion, while it may result in altercations with other factions in the game, ultimately allows you to go to a NPC (Non-Playable-Character) and say, “Hey, check out what I can do for you. Gimmie loot?”

As many of my real life friends (puh, who needs ’em) know, I’m not the most tactful person when it comes to conveying any particular stance that I’ve taken up; through gaming I’ve taken notice to the ease in which someone can be persuaded to theirs or my own benefit with little to no resistance. The strategy still ranks low on the totem poll for me but gaming (and perhaps a bit of old age) has certainly nudged me to acknowledge this pacifist’s branch in the story-tree.

1. The Value of Reading

Lastly, and certainly most important to me, is the value that lies within the texts that are provided to us. In gaming, reading tends to be overlooked quite a bit. I particularly skim through tutorials and skip quest letters all the time, and then I pay for it by spending the next 3 hours searching for a flower that I could have found in 5 minutes had I read the texts that were provided for the quest. This seems like a fairly obvious life skill but I’ll argue the latter for the moment, because I’m also the sort of guy that jumps into putting together some new Ikea furniture without wholly reading the instructions and I end up with a gazebo instead of some dresser drawers. Perhaps this last life skill should have been titled, ‘Curbing My Own Ego’ but I believe it’s apt enough in regard to reading through any sort of instruction, particularly when it comes from someone first hand and you jump to say, “I’ve got it”, then before long return with shame of your failure equipped like a piece of +80 Disgrace chest armor asking for that same instruction.

Though we can chalk most if not all of these skills up to things that we can invest time into in real life in order to master, I believe gaming has allowed for me to absorb these skills and realizations in an organic manner, almost an osmosis of side-effects from being exposed to too much awesome for too many years and I’m just figuring out the multitude of super powers I’ve inherited as a result. I particularly don’t enjoy nor condone the term ‘educational game’, because redundancy without effect isn’t something I’m into.