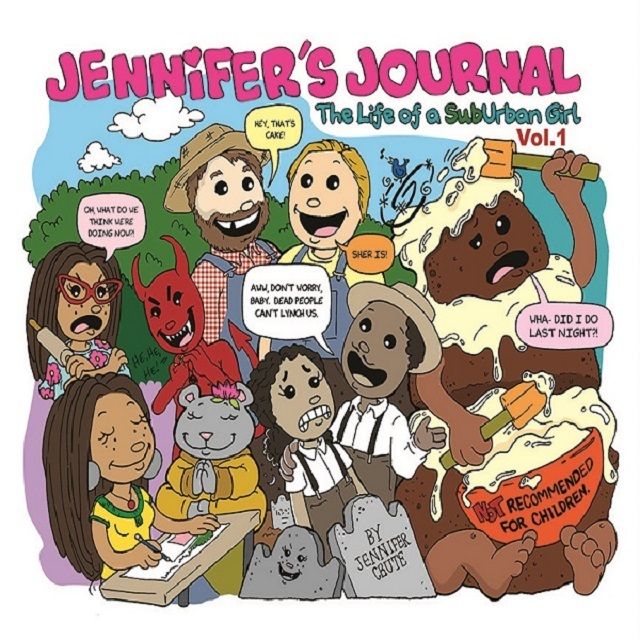 I really enjoyed this biographical offering in comic form from artist Jennifer Crutè. The art style turned away a few friends of mine who read comics, but I loved what I saw and wanted to read more. Also, I’m always fascinated with auto-bio works by black women artists because we function in a world that constantly seeks to tear us down from the moment we get out of bed and reach for the door to leave home. Reading Jennifer’s Journal was a nice reminder that I can hide away from the world for a bit, stick my head in book, and have great laughs. Here’s five reasons why you should read: 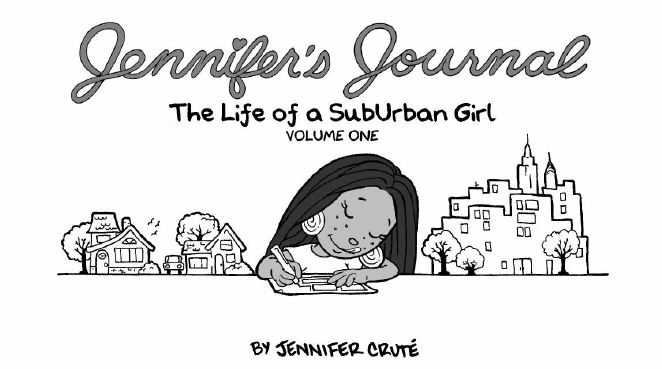 1.) Black Children Being Able To BE Children.

Y’all I hate to remind you how bleak the world is at times if you’re Black. We are constantly reminded that Black children don’t always have the luxury of an actual childhood when the prison to the pipeline system seems to target black youth with a sniper’s scope, black child poverty is at a new high and the disturbing trend/ fact that black children are less likely to receive mental health care and instead are being labeled as having behavior problems. Don’t forget that they may not have always access to the best quality of water as children who are still living through the Flint crisis can tell you.

Then there’s names like Tamir Rice and Aiyanna Jones, reminders that playing in a park while Black or simply sleeping in your bed while Black can get you killed and those responsible for your death won’t be brought to justice. (That’s why #CarefreeBlackKids2k16 was self care for me (and I’m hoping for a lot of you) I love, love, love how the author was allowed to be a child in this work based off her life. Sure there were some less than stellar memories like her parents’ divorce and such, but Crutè was able to actively play and mostly enjoy being a kid.

Jennifer’s Journal features a young woman in a family of (mostly) creatives that celebrated her and gave her space to explore her interests. Truly, I think her mother was mostly to thank for that. An artist herself who painted and continued after she was married and started a family, Moms kept art around the house, made sure the family took vacations, and as the artist remembers her Mom was sometimes more eager than her kids for the trips they would take away from home.

Too often we see stories of black youth that aren’t nurtured into exploring their natural gifts and talents at home or in their communities which leads to outside influences (like teachers for example–AND this type of trope falls into the white savior story complex one times too many but is not, thankfully, present here in Crutè’s body of work). The author and her older brother had a number of childhood passions and influences which they were able to indulge and which ultimately helped shape the artist into who she is today.

The work doesn’t shy away from the author’s upbringing as a Black girl in regards to race as she faced uncomfortable situations early on in life. The panels below are the most tame from the book, but reading through had me go back down memory lane to my childhood and adolescence. I thought about the first time I could consciously remember being followed by a clerk in a store as a teenager. (Ironically I was buying orange juice, if Latasha Harlins’name rings a bell to anyone). I could remember a white male classmate in Biology call me a bitch and shrug, normalizing it saying “Rappers call black women bitches all the time in song” so he didn’t understand why I was upset. (OR didn’t care. White male privilege is a hell of a thing, ain’t it?) I thought back on the sometimes terse moments riding in the backseat of my older (adult) brothers’ cars. As a little girl when they were pulled over, I couldn’t quite understanding the tension there.

The author has many, many instances where she was faced with such circumstances where the reality of being a Black girl in America would hit her straight in the face. One such instance is when her brother wins a drawing contest to gift her the prize: a Cabbage Patch Doll. To both their disappointments, there were no black ones – only white dolls. The stories that recount the people who came before her; her parents and her great grandparents are the ones that will have you truly clutching your pearls. Can you imagine having to guide your family’s livestock through cemeteries at night to avoid the Klan, but also having to deal with being traumatized by the odd, possibly supernatural activity from that one old abandoned house? Nah. Me neither. 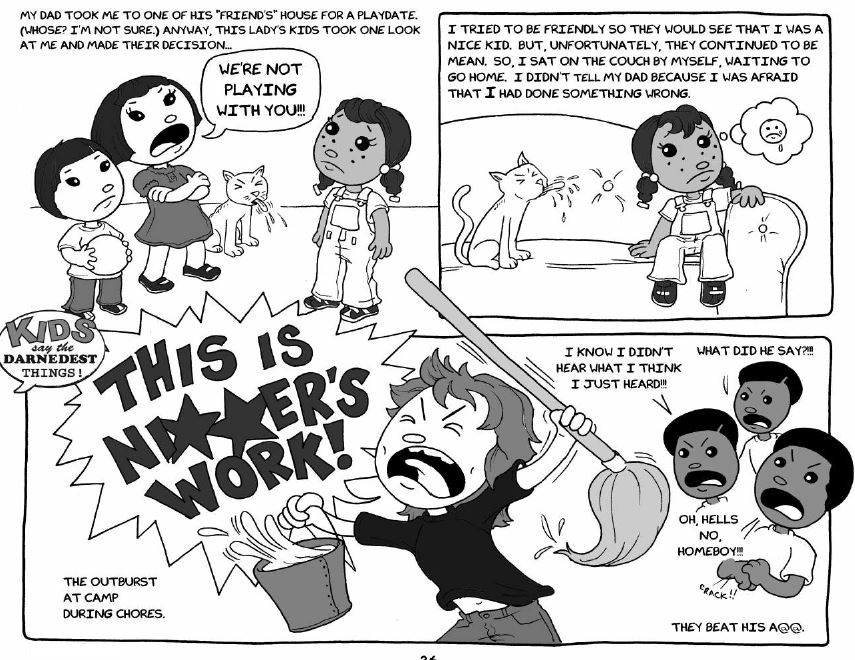 3.) The Pros and Cons of Religion

As some who comes from a church going family, I appreciated the very honest talk about how and where religion played a part of her life. From her childhood days where the seed of her Christian faith was planted to her college days of certain classes that allowed her to challenge what she had grown up on. It’s a great recounting of all the many instances where she felt isolated and distant in the faith. If you read on, later she steps out of her comfort zone and opens up to different avenues to spirituality not always found in a church or temple. (Yo, I’ve got questions about Buddha Bear.)

There is also great commentary on another religion that relatives of hers practiced in the 60’s that is an eye opener too. Because of the critical thinking that was steadily developing in her as a girl, she questioned the absence of the dinosaurs and the treatment of women (YEAH, I always had questions about Lot practically throwing his daughters to the wolves, too) found in the many chapters of the Bible. She also touches upon some of the issues that plague the Black Church that usually get swept under the rug like this:

4.) THIS PANEL.  This hilarious recounting of MJ’s “Thriller”: 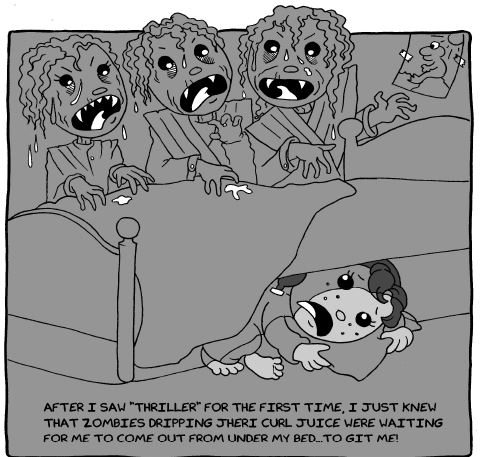 I honestly don’t have much to say about this panel here because I’ll start into a fit of giggles…Look now Thriller is, was and will always be ICONIC. I always love hearing different retellings from different people of their impressions of when they first saw it but THIS ONE HERE NEARLY TAKES THE CAKE. “ Zombies dripping ‘Jheri Curl Juice’ will never NOT get me.

5.) How Talented And Versatile The Artist Is

And everything I’ve written here is the tip of the iceberg of Crutè’s comics. The author also flexes her creative muscles by way of drawing, (oil) painting, graphic design, and illustration.  What shouldn’t be missed is her gorgeous “Subway Pen” series of which she brings to life all manner of monsters and creatures on Subway rides.

If you’re interested in picking up a copy of Jennifer’s Journal  it’s available in digital format and print!