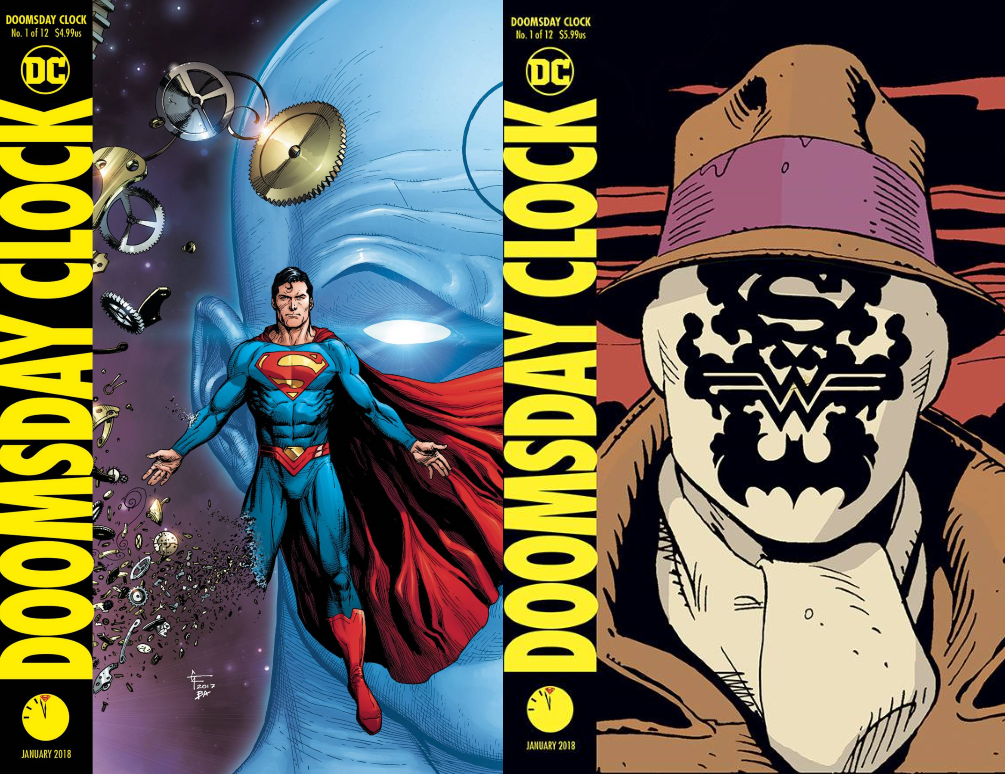 Full Disclaimer: I wholly believe comic book creators deserve some kind of credit, ownership, and control over the characters they create. With big companies like Marvel and DC, characters created in those universes get a little dicey. Writers usually come into those worlds with the understanding that their ideas are basically sacrificed to the big two.

Over the years, you can see that the way things work often leaves a few writers resentful with how their work is handled after they leave. Just look at Alan Moore and Watchmen – a story he wanted to begin and end with his original graphic novel. I can understand Moore’s feelings. However, I feel like creators should be more open to passing on their work to other writers and letting it live on beyond them.

Alan Moore is somewhat justified in his feelings about his work, especially with the way DC has treated Watchmen in recent years. While Before Watchmen and Doomsday Clock might have its moments, they don’t exactly live up to heights of Moore’s original graphic novel. That’s the big risk when someone else gives you the resources to create – you don’t completely own your work. What the company does with your characters or the worlds you create can be hit or miss. Often what happens is that the character moves beyond the writer’s original vision for them, for better or worse.

It’s not just Alan Moore who feels that way. Frank Miller has mentioned several times that he doesn’t consider any version of Elecktra after his run to be canon. His feud with Marvel stems from the company’s use of the character without his permission. Even Tony Isabella, the creator of Black Lightning has been very vocal about how the character is portrayed in Batman and the Outsiders. Honestly, it’s a real problem. Creators are the lifeblood of comics, developing iconic stories and characters that often gain notoriety. While publishers distribute and provide the resources to make these books, creators deserve some sort of say and oversight over their creations.

It’s because of how mishandled characters and stories are that comic book writers fear losing control. With that in mind, it’s easy to see why they don’t want their stories in the hands of others. Creators have become mindful of where they develop their work. Image Comics was formed on the idea of creator owned work. Which is a good thing but it’s also a shame that creators feel this way, because there are so many reasons writers should pass on their work and make room for other interpretations.

A Legacy to it All

Characters like Captain America, Batman, Superman, and more wouldn’t be what they are without their creators and the original concepts that spawned them. Let’s just get that out of the way. Many years ago, Stan Lee, Jack Kirby, and many others created icons. However, those characters often transcend their creators. There is a legacy to all of it and it all comes back to how comic books are done in America.

One of the things I find fascinating is seeing the differences in how American comic books are created and how its closest counterpart, Japanese manga, does things. As similar as the two end products are, their developments couldn’t be any more different. For instance, most manga’s end. Creators write their stories with an ending to that character’s journey in mind. Books only last as long as their creator’s will to keep it going.

In comic books, stories don’t necessarily end. Unless it’s a graphic novel or non-canon story, there will always be another adventure for Spider-Man or Batman. There’s no finality. With that in mind, characters are passed from writer to writer so that new stories can be developed. That’s why Superman has more than 80 years’ worth of stories. The characters live beyond their creators, and iconic stories have been told because of it.

While Frank Miller might have issues with Elecktra being used by others, he makes a great case for passing the torch. His run on Daredevil is one of the most iconic stories told, reinventing the character and establishing most of what he is known for, from his martial arts background to his neo-noir themes. It’s not only Miller that does this. You can ask our Content Editor and Daredevil superfan Omar Holmon. He can tell you that the character has several defining runs from different writers and is probably one of the most consistently well-written characters in comics. This all comes from taking on a story created by someone else and transforming them into a different vision. As comic book fans we are all waiting to see that next vision and what the next big writer can do with a character.

In recent years, Marvel has paired books with writers that have done amazing things with the lore. Hickman is, and as much as we make that joke, it’s because any book he touches just sort of turns to gold. He’s reinvented the Fantastic Four, Avengers, and most recently the X-Men in ways that we as readers have never seen before. Al Ewing’s recent spin on the Hulk, deconstructs everything about the character, turning his story into a psychological and philosophical tale mixed with body horror. Don’t even get me started on Jason Aaron’s expansion of Thor and myth in Marvel, or Ta-Nehisi Coates take on Wakanda. Passing heroes and stories from one writer to another works so well.

Stories often transform with the times. Writers from today might see a hero and what they represent in a way that writers from 30 years ago couldn’t. Take Captain America, a character who went from being America’s number one defender to being disillusioned and somewhat anti-government as the years went on. Or Luke Cage, who was created out of the Blacksploitation era and whose early stories are very much from that time. Thankfully, with other writers at the helm, Cage grew out of his more stereotypical super-heroics into a hero people can relate to.

Writers can often hit a wall as well, where they can only take a character so far. A key example is Brian Michael Bendis. Now Bendis is known for having long, expansive runs and creating characters who have grown into iconic heroes. At one point in time, I couldn’t imagine anyone else other than him writing Miles Morales. But as his stories went on, you could see where his interpretation of the character sort of plateaus and fizzle out.

Miles’ journey from the moment Ultimate Peter Parker is revealed to be alive to his introduction into the main Marvel Universe is a low point for the character. It’s not Bendis’ best work. However, once Bendis moved on from the character, Saladin Ahmed was charged with telling Miles’ story. We finally got to see the character grow and in the hands of a writer of color no less. It no longer felt like Miles’ background as a Person of Color was being ignored and it felt like he was being written by someone who understood his struggle.

There are so many more examples. Eve Ewing on Iron Heart. Just about everybody other than Rob Leifeld writing Deadpool. Al Ewing’s expansion of the Blue Marvel in Mighty Avengers. Christopher Priest and Ta-Nehisi Coates take on Black Panther. It goes on. Stories benefit from different interpretations, especially heroes of color, whose tales need to be told with great care. As creators move towards taking ownership of their own work, I just hope they are more open to collaborating and allowing their amazing creations to grow beyond them and told from other perspectives.