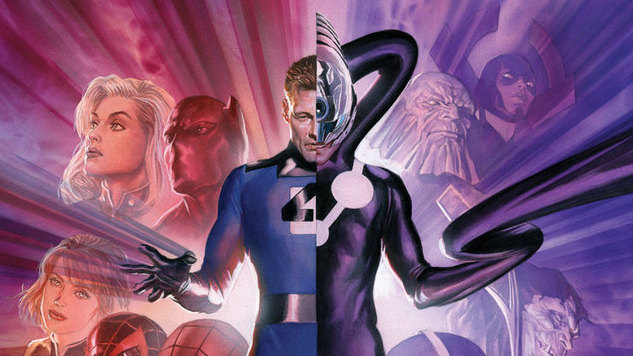 Look, I’m not here to convince you that Jonathan Hickman is the greatest comic book writer of the last decade (even though all signs point to that being an unequivocal FACT). I am here to tell you that he’s hands down the boldest writer in this Marvelous world of extraordinary men and fantastic storytelling. If you’ve seen his meticulously crafted directors cut scripts, you know how intricate his world-building is. Hickman is that wildcard in your crew who can make a mundane Monday night out for drinks sound like an all expenses paid bachelor party in Cancun.

The scope of his writing is impressive, the attention to detail is astounding and the amount of fun he has bringing it all to fans is easy to tell. This man has set up series years in advance. He references old issues like a serial monogamist complaining about exes. Hickman has scaled the comic book mountain of success on numerous occasions and somehow keeps coming back with new ways to get the Comics channel of our Slack chat JUMPIN. Ladies and Gentlemen, I present to you; Exhibits A, B and C.

Hickman is a far out dude, and his 2010 (plus some) run on Fantastic Four proved exactly how wild. From the First Family’s excursion to the Kingdom of Subterranea inside the Earth, to a stow away vacay on Nu-World with uncle Johnny and The Thing, his settings are big, self indulgent and make incredible canvases for the artists who get the pleasure of drawing the scripts Hickman concocts.

After finishing this series, the biggest thing that struck me was how much Hickman made me appreciate Franklin and Valeria, kids I couldn’t care any less about, as the most formidable siblings in the universe. When Valeria is helping Ted Castle open a portal back to Earth and says, “Promise me you won’t tell anyone, but I’m already smarter than my dad.” I almost LOST IT! Not only because she was 100% right and showing out, but also because Franklin had the audacity to follow up her groundbreaking statement with the simple question of “You want a sandwich?” to Ted. While it takes a bit longer for Franklin to have his day in the sun, we soon find out the Richards’ kids just may be the smartest and most powerful superheroes in existence. 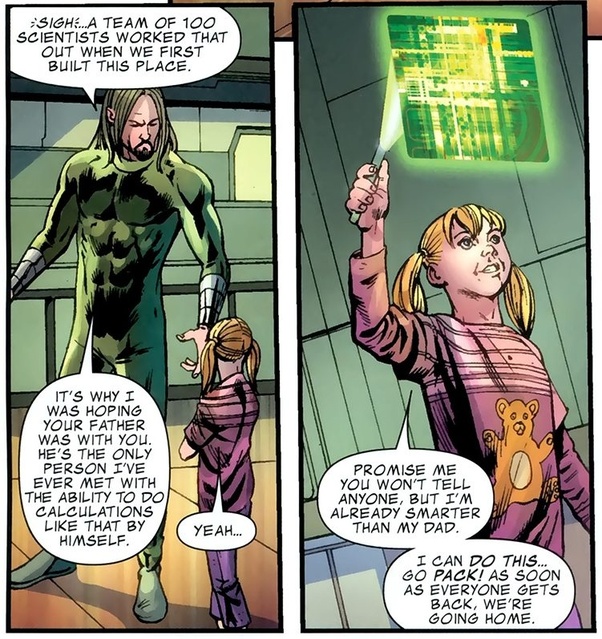 To wrap up Exhibit A, I’d like to remind everyone of the Council of Reed Richards’ from all the universes. While different versions of a hero have been a comic book device for quite some time, I’ve never fathomed someone of Mr. Fantastic’s intellect could be working together with scores of fellow geniuses to solve everything. Hickman showed us this incredible secret, unveiled even darker secrets (hundreds of mentally incapacitated Doctor Dooms anyone?) then ripped it all away from us to showcase the relatable power of his writing. At the end of day, Reed Richards is family man and that’s what we love about him and this comic.

When you talk about Exhibit B, you gotta say it all together like A Tribe Called Quest. Hickman’s writing on Avengers, New Avengers and Secret Wars all intertwines like a fresh set of cornrows. Some are put off by the way the books play off of each other, but the culminating payoff we see in Secret Wars is far too rewarding.

The way Hickman set the stage for his Illuminati to begin their covert world control was so powerful, yet swift.

All Hickman did was show us the most honorable hero accepting the fact he must bring the greatest minds together to defend the Earth and Universe from it’s greatest threat thus far. On top of the incredible vantage point we’re given in this super powered world, Hickman took it one step further and showed us a whole nother world of heroes thatr were unsurprisingly amazing to read about. If I could get a 12 issue series featuring The Rider, Doctor Spectrum, The Jovian, Boundless, Sun God and The Noan I’d throw unhealthy amounts of money at Jonathan for those books.

While Black Panther, Reed Richards and company pull planet saving strings, Hickman is simultaneously finessing the pen in The Avengers. The threats that Earth faces come from so many directions that Cap and Tony pop the green smoke signal, calling in the heavy hitters. While many people have tried, I don’t know how you make an argument for this being anything short of the most powerful Avengers team of all team. I mean..Thor, Captain Marvel and Hyperion alone are top 5 dead or alive!

Between these two titles, Hickman delivers incredible character creations in Ex Nihilo, Tamara Devoux aka Captain Universe, Nightmask, Abyss, The Black Swans, The Black Priests, The Gardeners, The Ivory Kings, The Mapmakers, The Builders and so much more. After enjoying the spectacle of it all, these elements eventually come to an end as everything does.

But before Everything Dies, Victor Von Doom gives the business to the Beyonders and channels the resulting energy into Owen Reece. That energy is used to gather what remained of the Multiverse into a single planet known as Battleworld. The resulting Secret Wars shows what happens to the remaining survivors as life is upended, memories are altered and the cosmically powered “God Emperor” Doom finally achieves his dream of ruling a utopia controlled by law and order, just as he predicted in Black Panther: Deadliest of the Species 6 years prior. As we all know, the multiverse is recreated but as Bast is my witness, the journey to get there is one of the boldest comics I’ve ever read.

If you’re not up on the history changing work that Hickman dropped on X-Men fans last year, I honestly have nothing to say to you. Just enjoy this. And that. Can’t forget this bad boy. Oh you want more of that X work?? Have at it. The list goes on…and they’re all so dam good!! 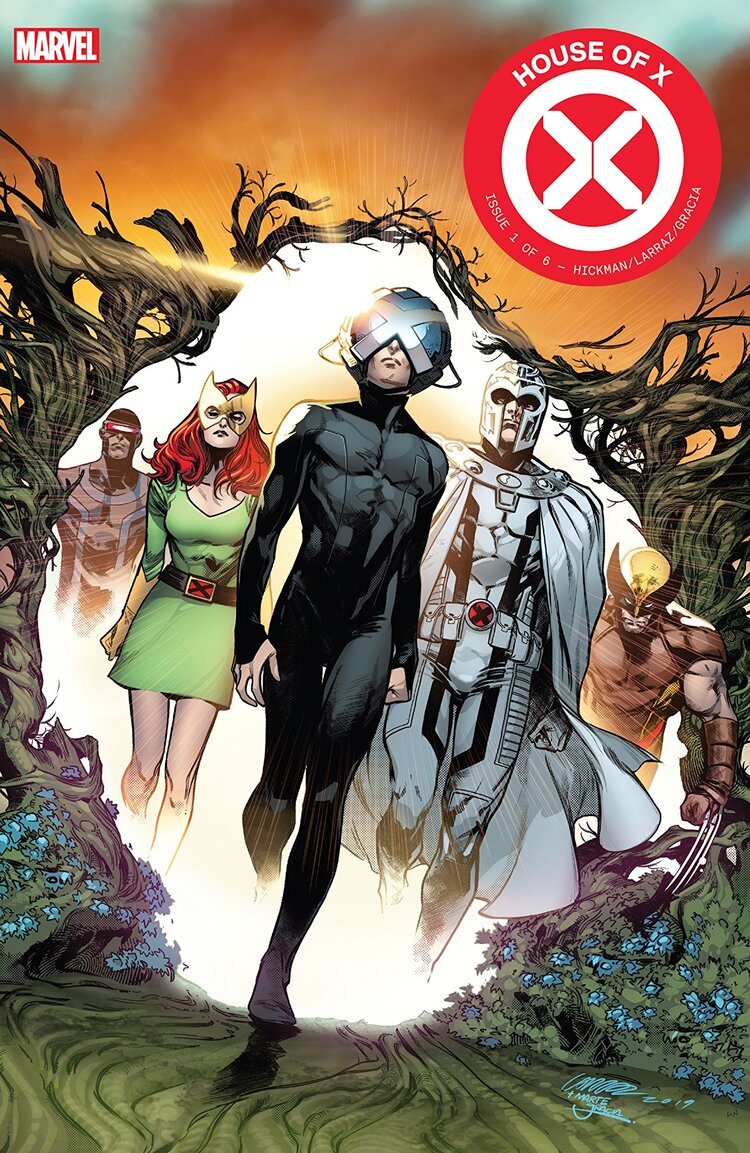 I hadn’t read Hickman’s previous comics before he retconned X-Men in HOX/POX, but I swiftly jumped on everything with Hickman’s name on it afterwards. Hickman (with the help of Silva and Larraz) resurrected the X-Men comic and that’s not an overstatement.

Claremont and Jim Lee’s X-Men #1 is by far the best selling comic of all-time.

The Gifted Youngsters haven’t been the same since the 90s and certainly haven’t been anything to write home about since various Avengers titles took their lunch money in the 2000s and never relented. Until 2019. PoX #1, HoX #1 and X-Men #1 all finished as top 10 selling comics of the year. 15 Dawn of X books were in the top 50. 15 written or heavily influenced books!

Hickman took this job and made bold claims. He took this job and brought it back to the days of Claremont and Morrison. He gave the X-Men sanctity on Krakoa. He took the X-Men to the future, made a pit stop on Mars and back, which leaves room for some wild storytelling for the next decade or two. Let’s not even get into the greatness of The Five, The Quiet Council, The Great Captains, Notorious Apocalypse, Homo Novissima, or Crucible. There’s just so much good content to go around. 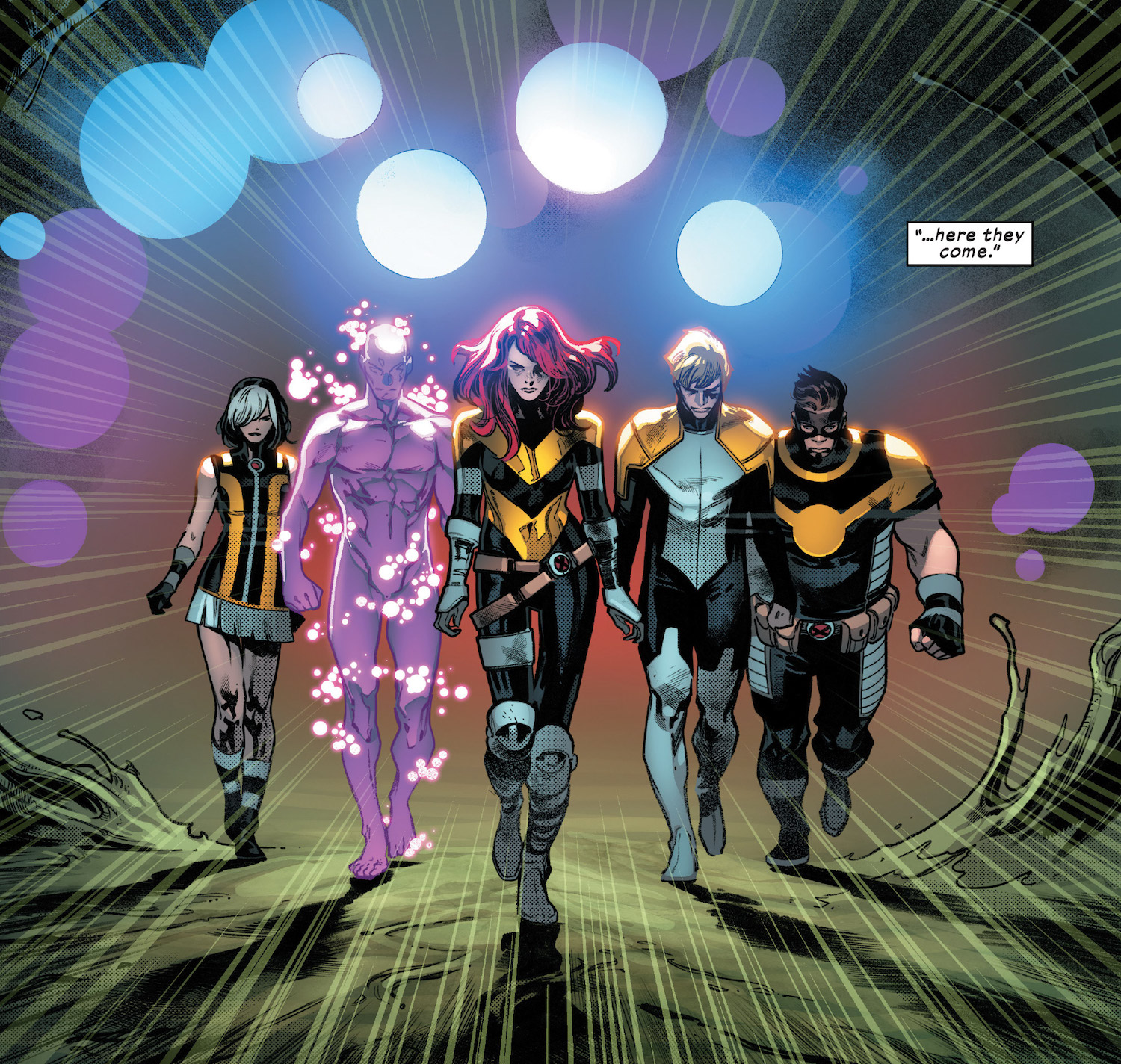 If you really needed convincing, these three examples provide a definitive roadmap for anyone looking for the most daring, creative and engaging Marvel writer of the last decade. If you’ve yet to read them yet, strap yourself in and prepare to shuffle around your all time favorite comics list because Hickman is.