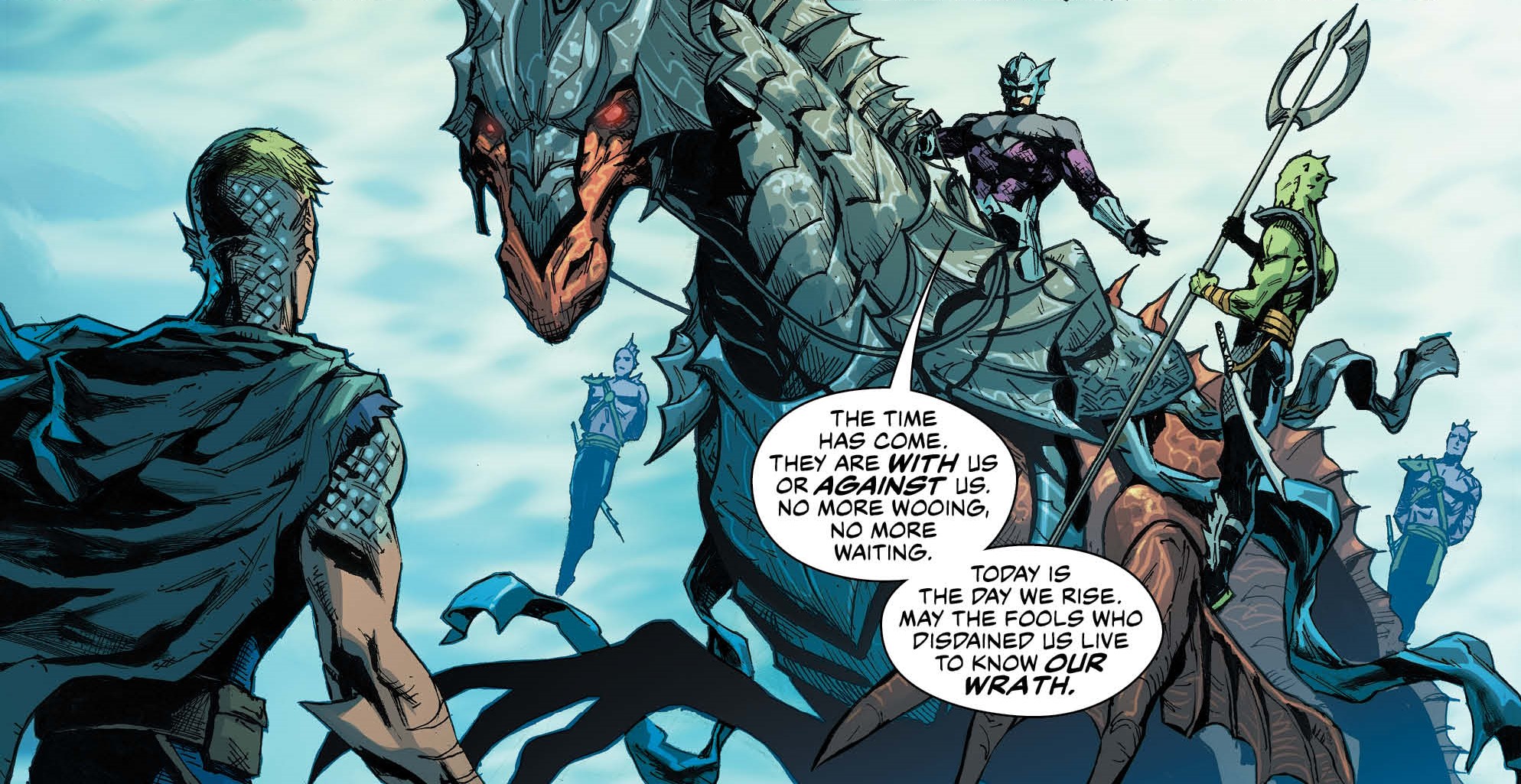 Fortunately, Empyre doesn’t give me the impression (so far) that I’ve been taken to the cleaners. In fact, Al Ewing and Dan Slott team up to invoke a lot of the earnest yet ambitious scale of Bronze Age crossovers which is appropriate considering the plot sort of spins off from the Kree-Skrull War. The good news is that this long-time feud between the two galactic kingdoms has come to an end at long last.

Giant Size X-Men: Magneto #1 has tone and personality to spare. It is my opinion that Hickman is at his best when he’s writing the more aristocratic characters and the Master of Magnetism (among others in this book) definitely fits the bill. In this book, the White Queen asks Erik for a small favor which takes him away from Krakoa for a trip to visit Namor. Just these three characters alone make the book charming enough, so it’s an entertaining read.

The strength in the book is Tom King’s subtlety. He expertly uses these microaggressions to illustrate these character’s “less than noble” intent. Adam Strange cries all the white tears as he laments to Superman that he suspects Mr. Terrific has an “agenda.” Allana uses his name, Terrific, with needling derision. And of course, we get a less subtle analog in the form of “MOX News” complaining that this American hero is being harassed.

If Adventureman #1 built the foundation for a launch pad, Adventureman #2 built and fired a rocket. The world gets fully realized at a rapid rate over the issue in such a playful way. There are dozens of Easter eggs and background jokes, all in service of fleshing out two worlds simultaneously. The mystery behind “Adventureman” is utterly engrossing, but Claire Connell’s character is also such an endearing leading lady and meshes very nicely with the pantheon of iconic characters Matt Fraction has helped create.

Excellence #8 continues to excel in its continued worldbuilding. The sheer sense of scale that Thomas has conjured and elaborated continues to be steadily impressive. As more and more of the convoluted machinations get revealed, we get to see Spencer just chuck wrenches into the machine to try and rid the world of what he views as a corrupt organization. And Thomas has deftly penned some truly outstanding monologues and dialogues that get to the crux of what it means to challenge the preexisting system to try and create a new one.

Killadelphia Vol 1: Sins of the Father

Two of the Black vampires have incredibly cathartic, terrifying moments. As you can imagine it’s hard to see Black children unafraid and attempting to murder police in cold blood and not feel anything. I wouldn’t call the sentiment expressed in these scenes anti-police, murder-porn. It is clear that these characters (at least at the moment of the encounter) aren’t righteous avengers. My mind goes to articles I read talking about how Black children are viewed as older and more threatening than their white counterparts.

What comcis did you check out this week that we didn’t cover? Hit us in the comments or on our social media!