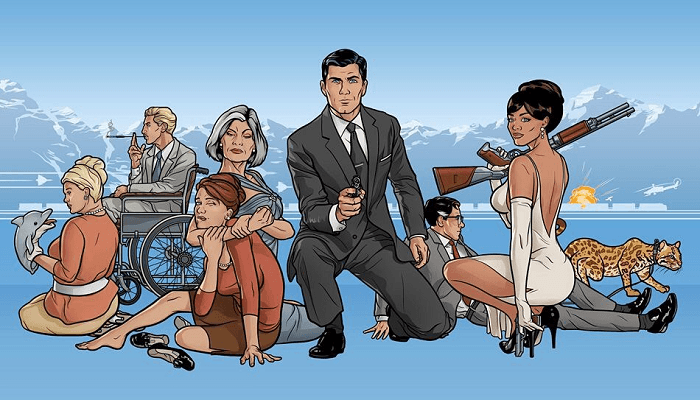 I think I can say definitively that Archer is my favorite animated TV comedy of all time. I know what it means to say that. But the fact that it’s on cable and therefore afforded much more liberty in language and content as, say, The Simpsons, goes a long way. Archer somehow has toed the line between complete obscurity and nonsensical narrative (like much of Adult Swim’s line-up), and the family-friendly – or at least family-themed – progression of the Fox line-up to have become its own beast. The only show that comes close to Archer for me is The Boondocks, and Aaron McGruder’s creation still has episodes with the highest ceiling for me, mostly because of my personal interests. Ya know, cuz I’m Black as all hell. But even for The Boondocks, if you say that was the best animated show of all time, you have to write off an entire season (use whatever qualifiers you want to ignore season four, that shit still exists). You also have to pretend that half of season two didn’t have some just straight up boring and unimaginative episodes. That usually wouldn’t get the target of my scorn, but when you’re waiting 3 years between seasons, then naw man, we can’t have no 40 degree days.

So for me it’s Archer, which just wrapped up its sixth season. If you were a fan of Arrested Development (and the only way you’re not is if you’ve never seen it), then you know how the jokes, plot structures and character interactions are uniquely hilarious in TV. As I’ve stated in my last review, this show might be on the downside of its creative arc and it’s probable that its best seasons are behind it. But still, that’s just the show against itself and not necessarily against the field. It still slays the field. Now that another season in the bag, here’s how we rank those seasons.

I’ve said it time again, I appreciate the chances that Adam Reed and his crew took to blow up the formula and doing something new. He was getting bored and instead of it getting stagnant, he went left and thrust his characters in a completely different scenarios while fundamentally changing the DNA of some of his main characters. It was a valiant effort. What plagued the season though were that they were always stuck in that goddamn house (I know, a function of animated shows and backgrounds) and one of it’s main characters (Lana) just stood around being pregnant and critical most of the season (not great for stereotypes). Doesn’t mean there weren’t some great jokes and a few really good episodes here and there, but ultimately we knew after the first episode that it would just be a progression of the team losing more and more of the cocaine and ending with nothing. Having that easy-to-guess ending meant the journey there had to be worth it, and it’s really debatable if it was. 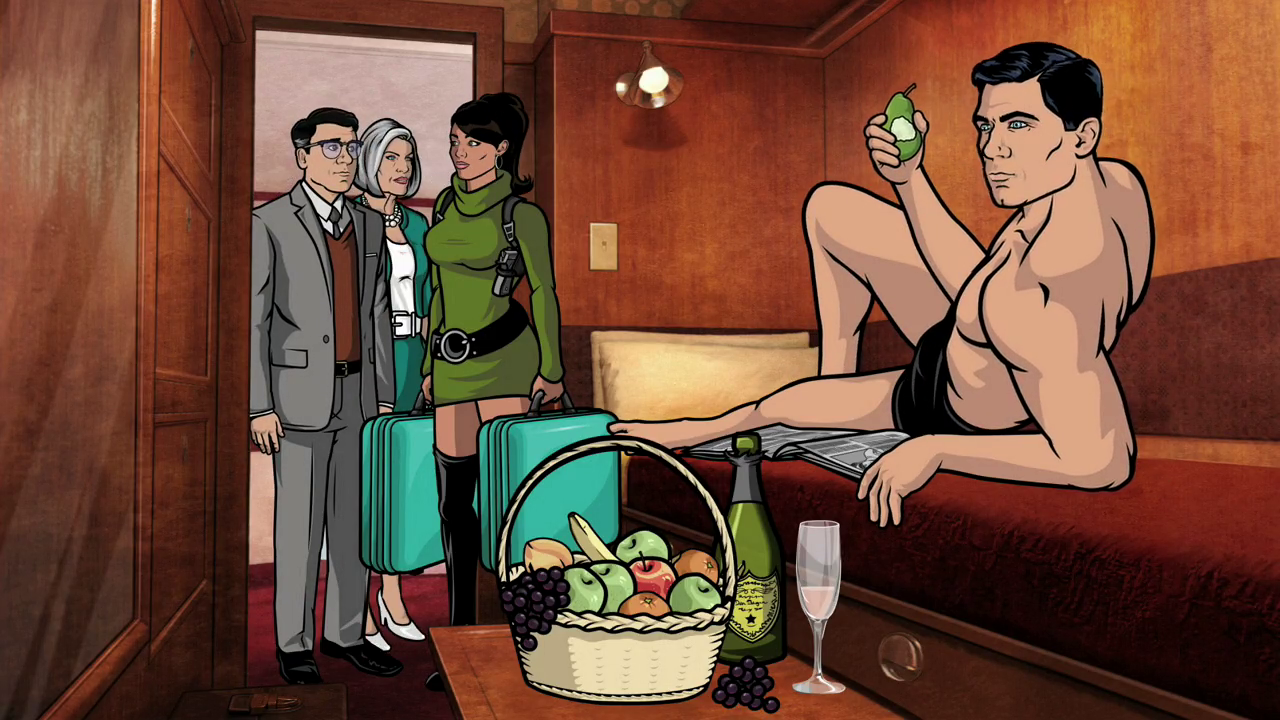 Look, without a successful season 1, obviously this show doesn’t get to season 6, but when you look back on it, it doesn’t hold up to the greatness that would succeed it. Like many first seasons, we are mostly treated to wacky introductions and over the top (even for Archer) personalities that were mostly thin and disposable. Ray wasn’t a regular part of the crew yet, Cheryl still hadn’t landed on a name and Pam had not ascended to greatness yet. And because it’s an animated show that blew up in popularity, the budget increase – and therefore the animation – from seasons 1 to 6 practically created a different show altogether. It’s jarring when you watch that first season now. And still, it’s a really good season. Besides the ones listed above, episodes like “Honeypot,” “Job Offer,” and “Dial M for Murder” introduce characters that play a great role down the line.

It’s possible that after a few more viewings (I won’t tell you how often I’ve watched the other seasons) this might climb a spot or two, but it was still okay as far as Archer seasons go. The middle of the season had a murders row with “Edie’s Wedding,” “Vision Quest,” then “The Kanes” and “Pocket Listing,” but the season fell down some stairs near the end and didn’t do enough in the finale to combat that. Maybe some liked the “successful relationship” element between Sterling and Lana, but I was left annoyed, just like if I had to witness the sappy new relationship between two people I knew in real life. It’s much more entertaining in the grey area between them and it just dragged the second half of the season to a crawl. Still, this season goes firmly in the “solid” category. 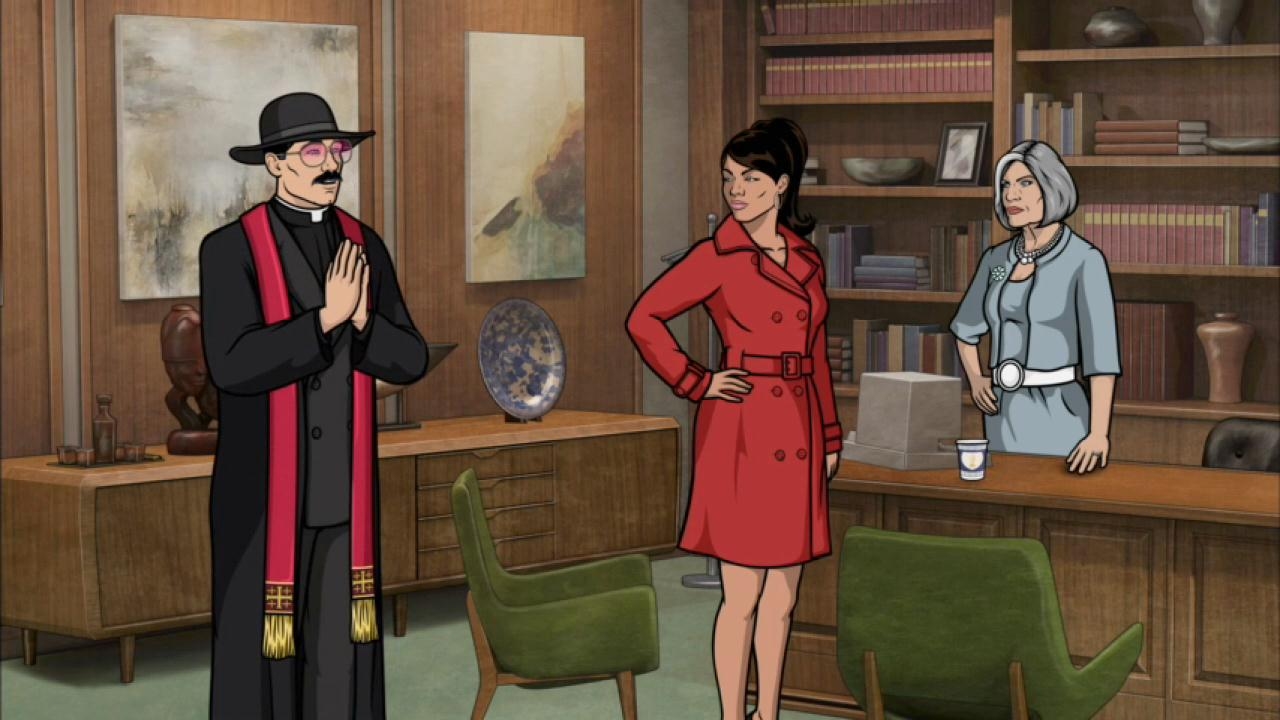 The remaining seasons in these rankings are firmly in the winner’s circle. Giving season 4 of Archer the bronze medal is like watching a race in which the third place person beats the world record, too. It is stellar, beginning with the Bob’s Burgers crossover in the premiere, the “The Wind Cries Mary” episode featuring Timothy Olyphant, “The Papal Chase” (where Woodhouse is the doppelganger of the Pope), and the “Sea Tunt” two-part finale, featuring voice actors from Bob’s Burgers and focusing on the lunacy, but acute awareness, of Cheryl. There are some simply better-than-average episodes and season 4, but ultimately, most comedic shows would love to have a season of this caliber in its catalog.

Best Episode:  “Heart of Archness: Part I” or “Lo Scandolo” 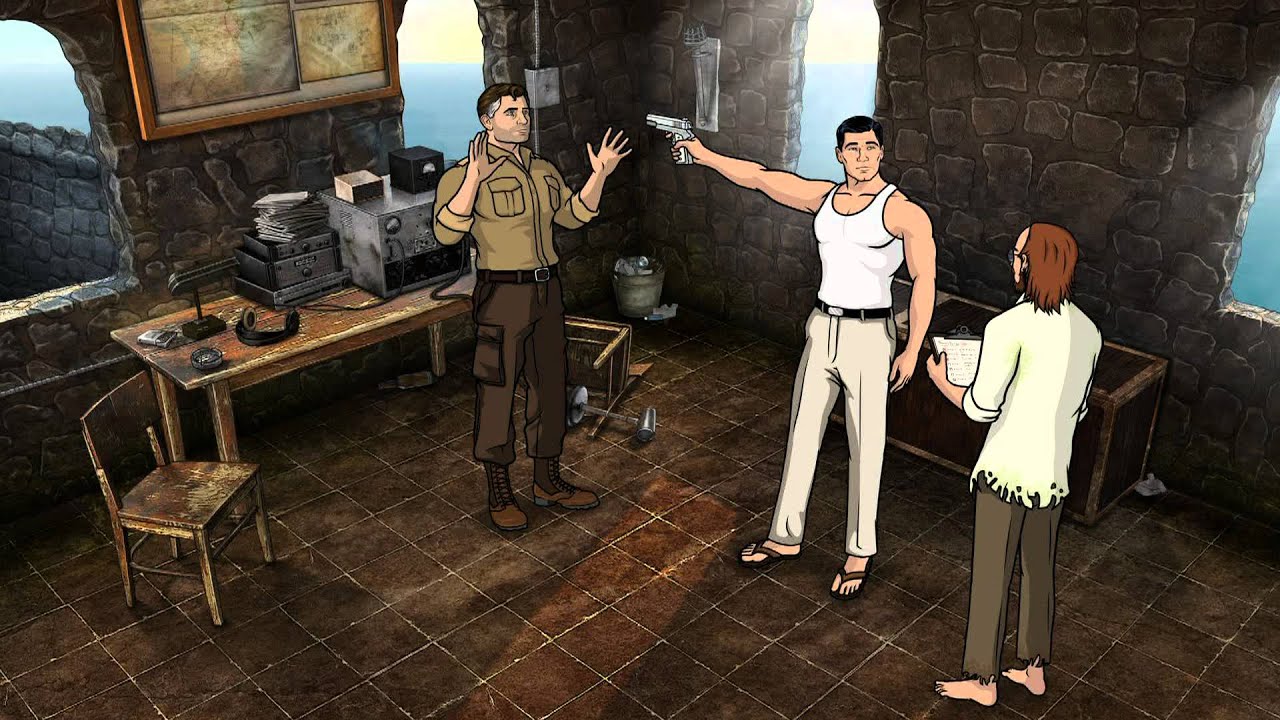 In the fall of 2011, FX announced that there would be a 3-part arc that would bridge the brilliant end of season 2 with season 3 that was due to air after the new year. The result was the “Heart of Archness” trilogy that showed Sterling had gone off the grid while grieving Katya. With the ISIS crew unable (or unwilling) to locate them, Malory calls in Rip Riley (voiced by Patrick Warburton) to bring him home. The journey is absurd and hilarious, and also incorporates the voice talents of David Cross along the way. This is the defacto beginning to a spectacular season that also features a guest appearance from Burt Reynolds (The Man from Jupiter). This season also has some great Pam Poovey-centric episodes with “Drift Problem” and “Crossing Over.” This season also begins the tradition of the two part season finale (and its best one) with the “Space Race” episodes where Brian Cranston gives a great performance, in addition to just some flat out hilarious writing. 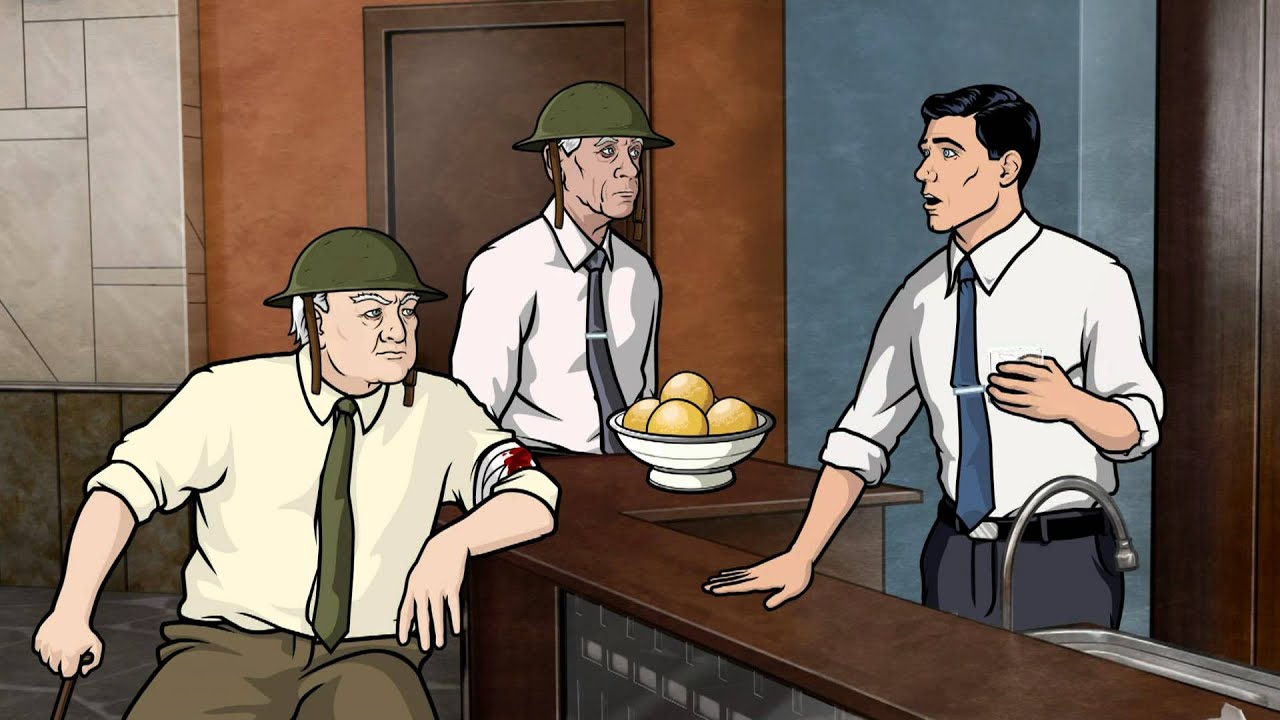 Here’s what you need to know: episode three through episode thirteen are like the 1927 Yankees line-up. We’re talking about the animated show equivalent to Chappelle’s season two here, folks. This is easily the most re-watchable season of the bunch, with some of the best episodes of the show, period. “Stage Two” and “Placebo” basically serve as part one and two, fringe characters get their own episodes (Cyril with “Tragical History,” Woodhouse with “The Double Deuce”) and we get our first taste of Pam’s origin story in “El Secuestro.” This season also introduces Katya in the penultimate episode of the season, then promptly kills her in the next… sorta. I’m not sure Archer will ever reach this level again, but it’s untouchable for most comedies. Period.