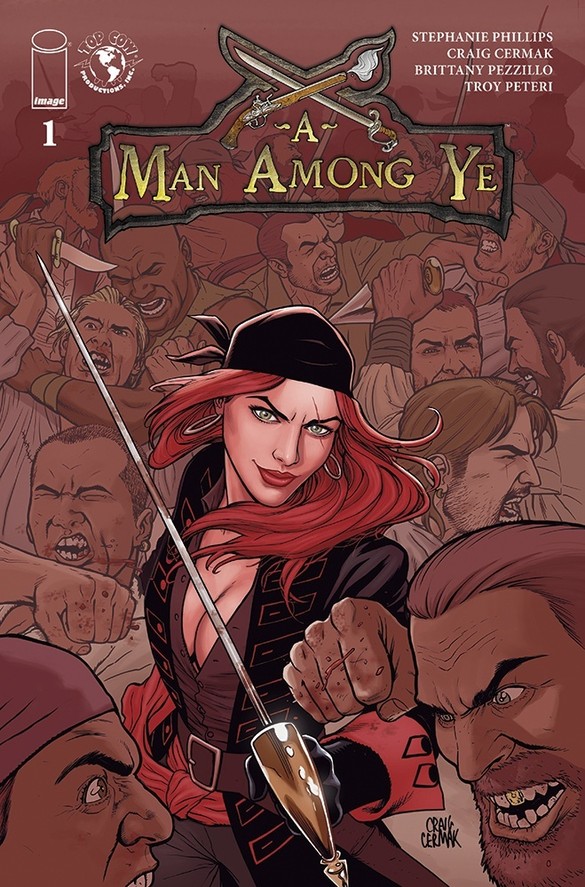 I don’t know about you, but I don’t remember when pirates phased out the common parlance of pop culture. I distinctively remember the mid-2000’s through the mid-2010’s have a plethora of swashbuckling stories to consume, but I don’t remember exactly when and why they started to fade away. There is a simple joy when it comes to tall tales on the high seas, the thrill of setting sail with a telescope pointed to the horizons, and an armament ready at the hip. I have a soft spot for pirates personally, the concept of honor among thieves, the wayfaring scoundrel searching for loot. All of this to say that when I saw the cover for A Man Among Ye it brought a smile to my face.

The time and location of A Man Among Ye is a slightly familiar one: 1720 in the Caribbean. Piracy was entering its final twilight, but they would not go quietly. The story opens the only way any good pirate story can: immediately in an epic battle between two crews. Buccaneers brawling on the deck, a clash of steel and the sound of a flintlock pistol firing. And while the ruggedly handsome mustached man with the fancy hat makes quips, he is promptly saved by the actual protagonist of the story: Anne Bonny. 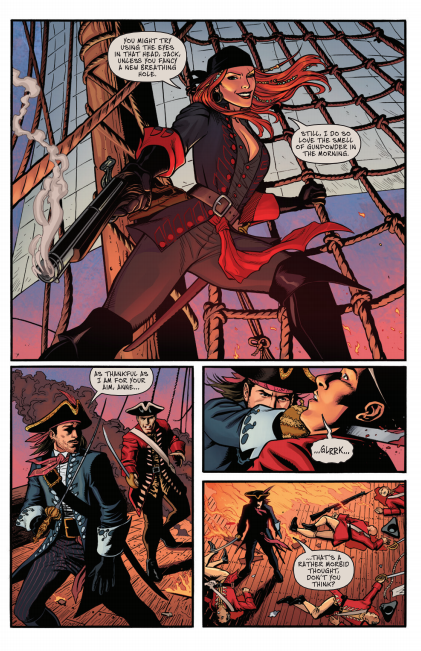 Anne’s introduction as a bold and brazen as any pirate fan could hope for. Her aura is commanding and while she might not be the captain of the vessel, she still gets the job done. Although, this is still 1720 we’re talking about here, the majority of the crew doesn’t exactly hold her in the highest esteem, but that’s just the way things were… and are to degree. But still, from the kinetic introduction we transition to more exposition of the state of the world before getting a glimpse of the narrative to come. Phillips has a flair for the dramatic and a voice aptly suited for the skull and crossbones type of the story. The dialog is witty and even the lines that could have elicited an eye-roll instead stole a smile from me. The writing is compact and effective and while it’s not wholly reinventing any tropes, it effectively leverages them to set up what looks to be an interesting story.

Cermak’s artwork is very detailed, a fact that is only extenuated by Pezzillo’s colors. Any given page has a grand quality to it, and any given panel has a lot going on. There are times where it feels a little overwhelming to try and parse all the visual cues, but by that same virtue, the attention to detail makes the story come to life in a very particular way when you can easily make out details like the grain on the pistol or the colored beads braided in Anne’s bright red hair. The set pieces have a unique quality, and it’s very easy to marvel at the spreads. Again, it’s an effective interpretation of classic pirate elements.

A Man Among Ye #1 has all the prerequisite charm I am looking from in both a first issue and a story about pirates. I’m intrigued by the tale that Phillips and Cermak have presented and will be keeping an eye out for number 2 when the tides come rolling back in.