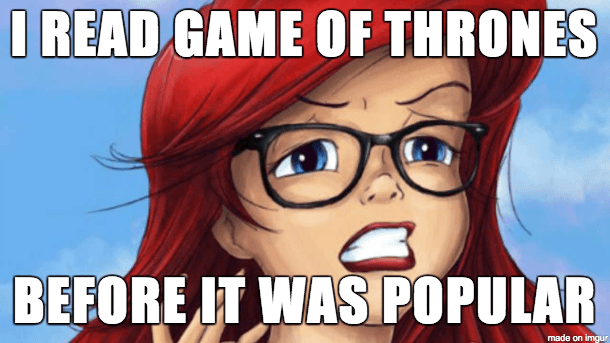 The scenario is probably familiar to any Game of Thrones fan who bypassed the years 1996 to 2011, and dived right into the good stuff HBO bestowed upon us: you start to nerd out over the television series, just for someone to adjust their glasses, puff their chest, and remind you how they’ve read the books. We talked about this recently – how being late to a favorite book, TV show, movie, or any fandom really, can be the worst thing in your entertainment-loving world. As someone who’s “read all the books,” I know how obnoxious we turds can be. But I understand! I’m on your side! Allow me to be your Inside Man, acknowledging his aggravating and unwarranted snobbery, and offering amends with some practical, take-home strategies for coping with this special brand of subtly frustrating condescension.

First, let’s admit it – we’ve all been there, on both sides of the table. You put on your glasses and dropped a phrase about how you read that book, watched that movie, or listened to that rapper before they were cool. You said, “do the thing!” before Varrick did on Legend of Korra. I believe you, and congratulations! I mean it – congratulations, and thank you, because you were one of the early fans that preached the gospel that the rest of us eventually heard. Likewise, you’ve probably been on the other end as well, maybe beginning to read comics with DC’s The New 52 or starting that Wire marathon that was long overdue. You want to smack the jackass-version-of-you who preached the gospel of how awesome something is and confuses that with ownership of it. I want to smack jackass-version-of-me, too. 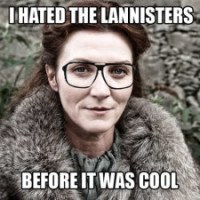 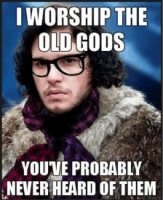 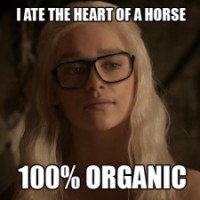 But we know violence isn’t the answer. Snark is.

Here are 7 ways A Song of Ice and Fire readers will approach you, and ways to handle each.
[divider type=”thin”]
The Non-Spoiler
“Don’t fall in love with that character! I don’t want to spoil it for you though, so I’ll stop.”

Ah yes, this special brand of tomfuckery comes from the burning desire to remind you they know who’s going to die. It’s quite the power for a fan to wield when it comes to a show that’s unafraid to kill any of its main characters. Coupled with the altruistic I-don’t-want-to spoil-it-for-you line, your eyes are likely to roll backwards into your brain, causing blindness. Distract this person by saying you like vegan tofu. Ask them if they’ve tried it. Tell them you don’t do it for health reasons, but because you really like the taste. The health benefits are great too, of course. If they begin to make fun of you, sigh softly, and agree. Say, “I guess I am being sort of a douche.”
[divider type=”thin”]
The Backpedal
“No, but in the books it was different.”

This happens when readers’ predictions go wrong. Startled by Brienne crossing paths with The Hound and Arya, for example, readers may need to ignore the awesomeness of the fight by clarifying why they were taken by surprise. In this situation, ask them what happens next in the book, but keep referring back to that changed scene. “Okay, so Brienne throws him over the rocks, and then what?” “Okay, so they fought Polliver and the Tickler, and then Brienne shows up?” “Arya should’ve helped Brienne in the books when she fought The Hound, that would’ve been awesome.” Count the number of times you can get them to re-explain.
[divider type=”thin”]
The Fortune Telling
“I know what’s gonna happen. They didn’t say it on the show, but there were clues in the book.”

You can bet this is a lie 93% of the time. They don’t know anything, or the “clues” don’t carry the weight they suggest they do, but there’s no way you can argue or verify, and they know it. What’s that quote about letting stupidity speak for itself? Encourage this person to share the clues. Lean in. Try to look as interested as possible. Ask clarifying questions. Lead them towards making predictions; the more concrete the better. This won’t be instantly gratifying, but it’ll sure have been worth it a few months later.

[divider type=”thin”]
The Scene Comparison
“That scene looked totally different in the book.”

Actually, the scene wasn’t in the book, it was in their brain. You know, because that’s what books do – allow you to create scenes from words based on your interpretation and imagination. Ask them if the book had pictures. “I didn’t know there were illustrations, that’s awesome,” you could say. “I think I saw that page on the Internet.”
[divider type=”thin”]
The Casting Call
“They messed Asha’s casting up, man. I pictured her totally different.”

A book-reader is upset they changed a character’s appearance. You are now walking on dangerous ground. If it’s minor aesthetics – say, hair length or build – suggest that maybe the casting director has never read the books. “George is probably pissed, man. Why didn’t they ask him?” Do your best to seem genuine. However, if they’re upset about race-bending towards more diverse representation, you could respond the same, but you should probably walk away. Yeah… walk away and consider your friend choices. Speaking of Asha… 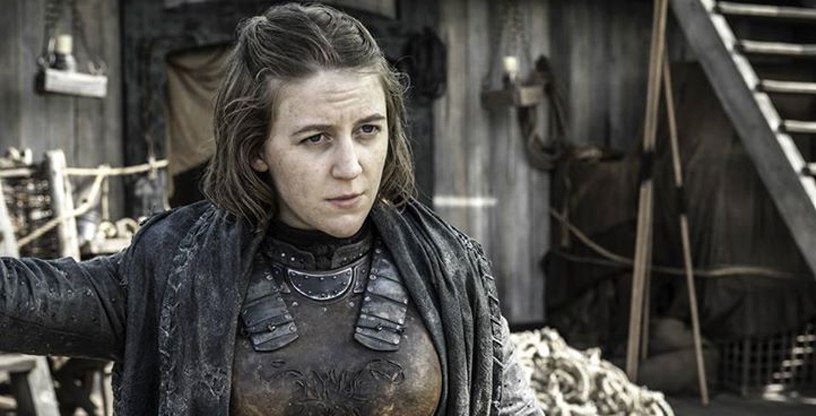 [divider type=”thin”]
The Correction
“You call her Yara? That sounds so weird, it always confuses me. I’m like ‘Yara? Who are they talking about?’ Her name was actually Asha in the book, not Yara. I still call her Asha.”

Begin asking the book-version names of each character you can imagine. Use major characters first – Ned, Cersei, Dany – names you know haven’t been changed. Right as they’re about to admit most names have been kept the same, cut them off and ask “What about Talisa Stark?” They’ll pause, and nod their head reluctantly before acknowledging that her name was originally Jeyne. Continue painstakingly asking the book-version of every name.
[divider type=”thin”]
The Major Deviation
“Ohhhh! I know, that was crazy, right?! I knew something like that was coming because that plot was a big problem in the book.” 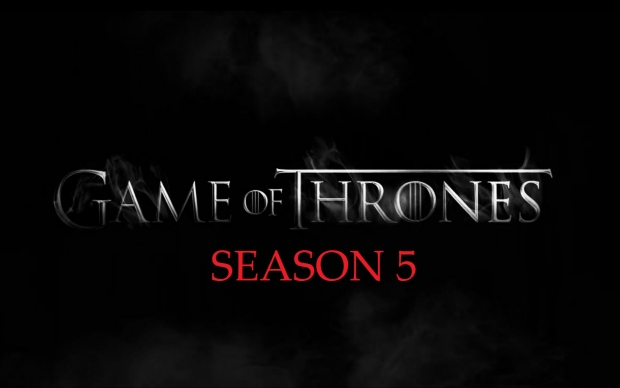 Look for this to happen a lot during Season 5 as the TV series strays further from the books. But don’t worry; be prepared. Ask them what was the plot problem in the book. Be intent, do your best to look interested. This is the bait. When they’re done, ask them how exactly the new occurrence solves that problem in the plot. You’ll feel dense, but they won’t notice, as they’ll just be happy to explain. Then tell them you think you know how that thing will affect who wins the Iron Throne. Their explanation triggered it – you just figured it out. Mention Daenerys Targaryen – be sure to use her full name – and mutter “the House of the Undying.” Say something like “Quarth… the prophesy, of course!” as you gaze down at the floor. Then look up, count to 5, and punch them in the fucking face.