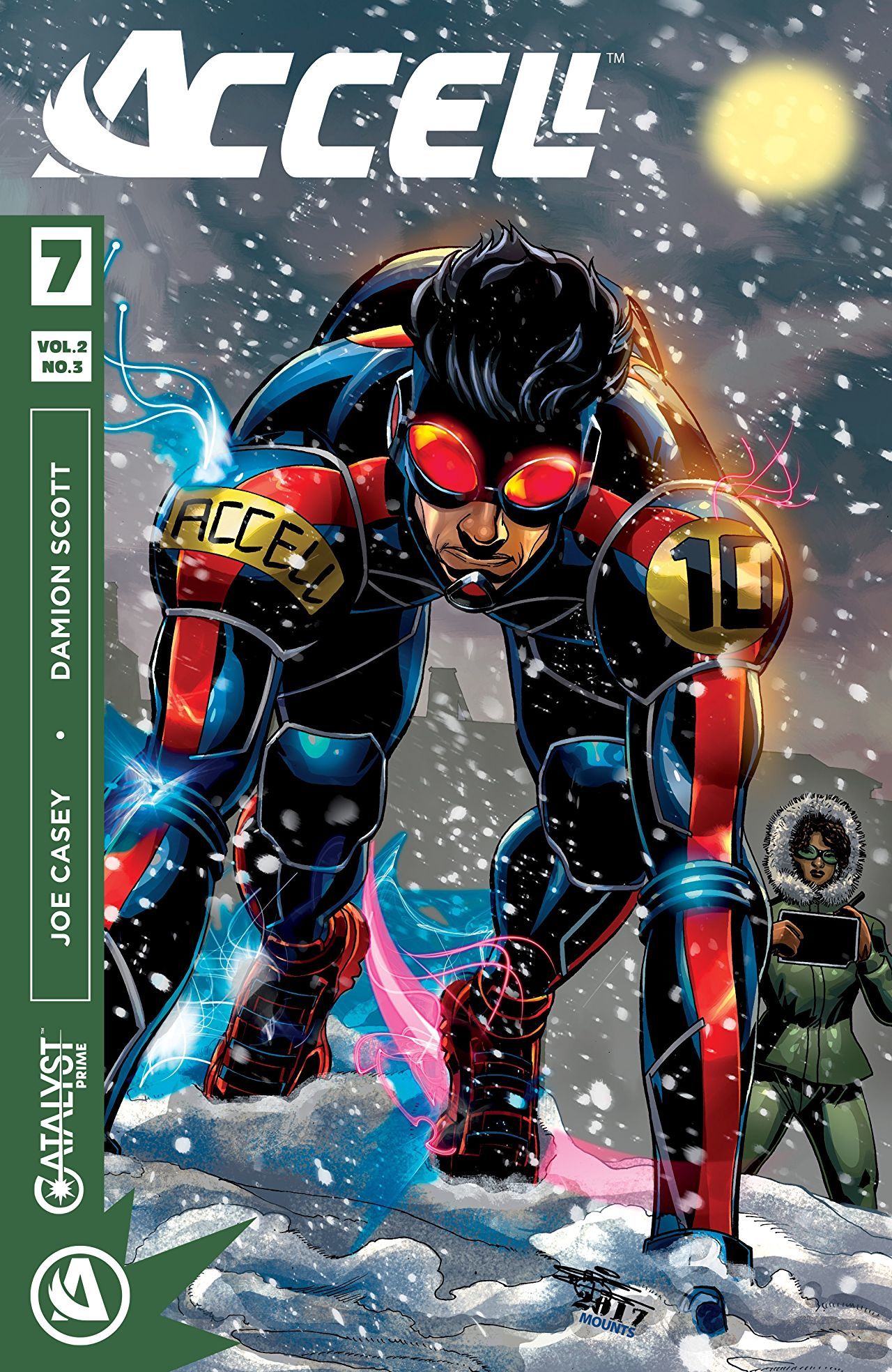 If you haven’t been reading any of the titles from Catalyst Prime, here’s the short version: after a meteor crashes into the earth, certain people all over begin developing superpowers. If you haven’t been reading Accell, you should because Daniel Dos Santos is one of the coolest speedsters out on the shelves, and between Casey’s stellar writing and Scott’s dynamic artwork, Accell plays with your typical perceptions of super fast characters.

Our hero, Daniel, even after six issues, doesn’t have an exact grasp on his powers or what the superhero life does to his personal life. He lacks the required secondary superpowers to use his speed without getting seriously injured afterwards. He lacks social finesse when it comes to his girlfriend and flirting with other people. Yet, he remains endearing because, at his core, he wants to help others. He wants to understand what the meteor did to him. The title “I Am Curious” speaks directly to Daniel’s inquisitive nature and a recurring theme is seeing how far he can push limits.

It sounds familiar, but Casey, Scott, and Companello play off each other beautifully. Issue #7 in particular explores various threads of Daniel’s personal life and power. We get glimpses into a world where scientific research is done for no other reason than scientific research. We get glimpses into the consequences of shady family businesses. We get a world that doesn’t just exist around the main character, and the book benefits from this fully realized vision and diverse cast. The narrative plays with the information it gives in text and artwork, and rewards a keen eye. 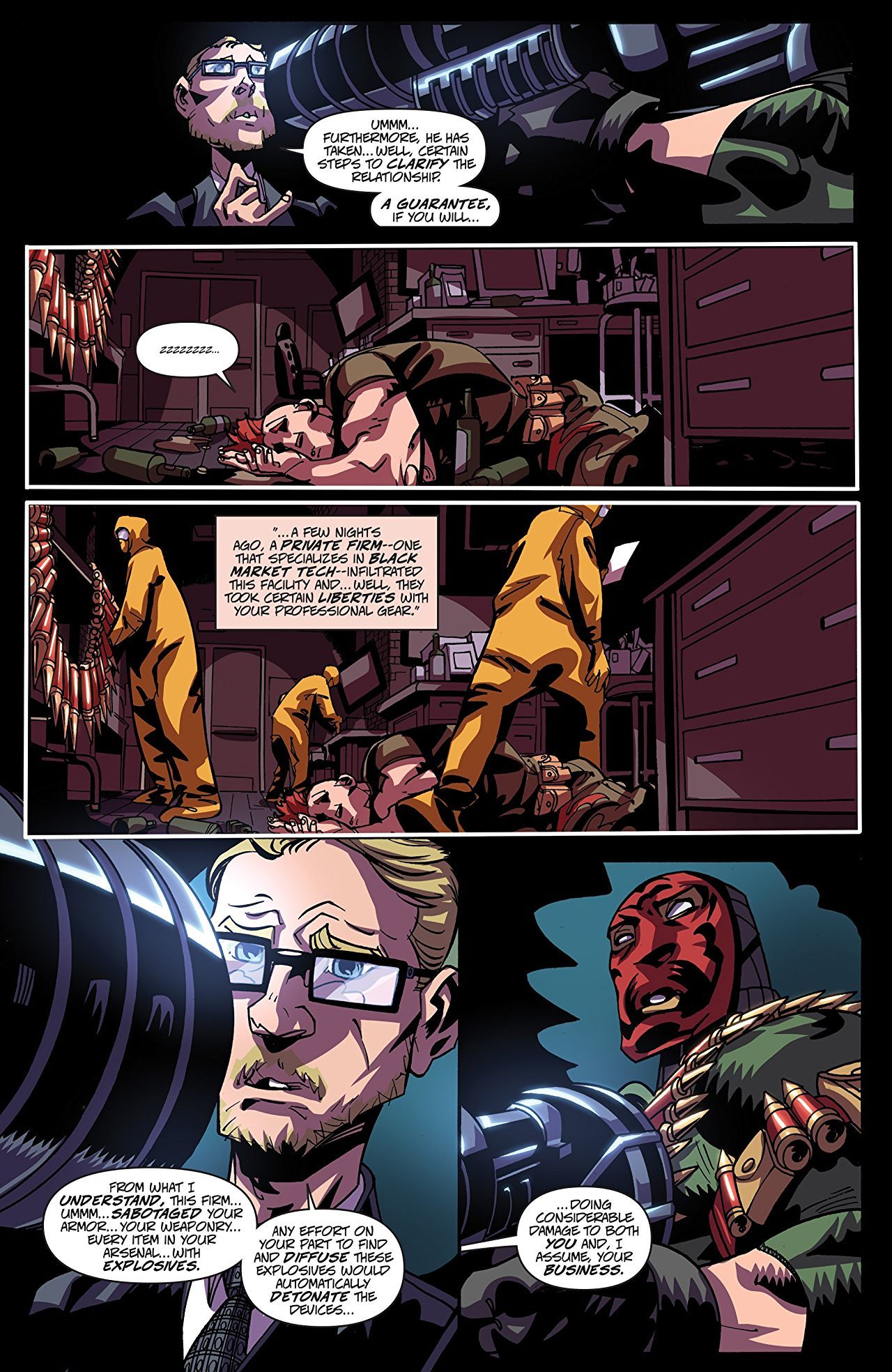 You’ll come to find Accell embodies the Trickster archetype and is a great, original speedster. He can quip alongside Nightwing, Flash, Spider-Man or Quicksilver. He is a fun character to read, watch, and peer into his stream of consciousness. There is a duality between the joy he has and the responsibilities he feels, and he quickly shuffles through a veritable gambit of emotions without ever missing a beat.

Issue #7 offers insight into the inner workings of the Catalyst Prime universe. It’s not a perfect jumping on point, but it’s definitely tantalizing enough to make you want to read the rest.