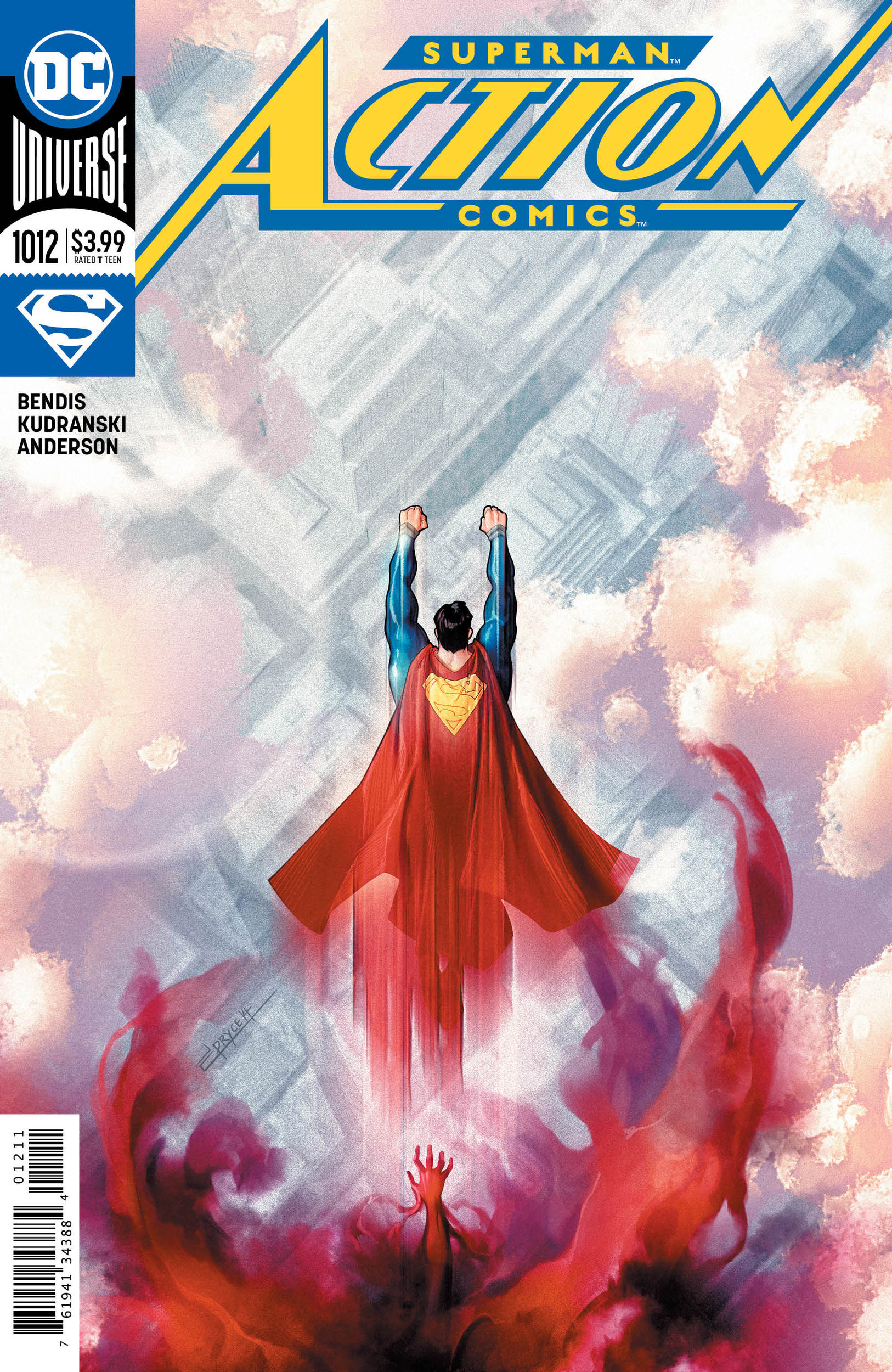 First things first. Those two covers for this comic are awesome to a degree that I’m seriously thinking about finding a full-sized print. Kudos to Jamal Campbell and Ben Oliver, they’re now both on my radar. This issue of Action Comics is a “while the cat’s away” kind of story. Bendis attempts to reconcile the fact that during this Leviathan event in Action Comics (and now a couple side stories) Superman is off-planet during his title book. It’s very much appreciated after years of getting used to suspending belief that the events in two books are happening around the same time. I feel respected as a comic reader. The first two acts are a few of our major players reacting to Superman’s departure into space. The Invisible Mafia of Metropolis are convened in their bunker discussing Leviathan, Superman’s leaving the planet and plans to take advantage.

In these pages, I’m amused by the way they address each other. I never noticed their names but they’re funny; Gummy. Mr. Strong. Pretzel. Whisper. It gave me a Kid Next Door vibe with Mr. Wink and Mr. Fibb. I think this will be a profitable development, Mr. Strong. I agree, Mr. Whisper. The art in these pages were my favorite of the book (that’s saying something since there is a lot of good art here). There’s a dark, gritty, abstract aesthetic that reminds me of a toned-down David Mack. 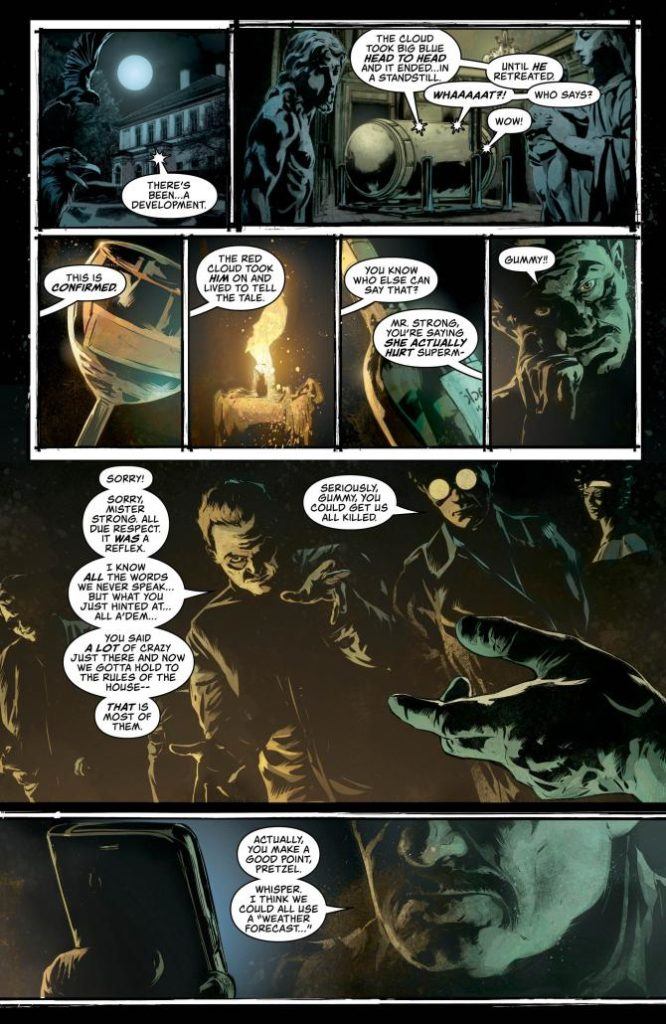 Next, we get a firsthand look at the moments before Superman’s trip as he and Lois say goodbye. This sequence is lovely. Bendis captures the love they share. They’re passionate and they are funny. I really like Bendis’ take on their relationship with Superman being dad joke uncool and Lois being bitingly witty.

Lastly (and get ready for this one), we get an obscure character from decades ago reintroduced! The split personality-ed Rose and Thorn reaches out to Linda Goode to talk. We learn that when the peaceful Rose Forest goes to bed or gets stressed, Thorn takes over, messes up her hair and becomes the scourge of the Metropolis underworld. “I look for people who are stupid and stop the stupid” might be the best vigilante tagline I’ve heard in years. We’ll see how she’s utilized going further (the next Kiteman!?), but the beauty in this comic is the artistic use of the panels when she’s on page. When she’s Rose, the panels are elegant roses and leaves. When she switches, they are replaced by (you guessed it) dangerous thorns. This isn’t the first time we’ve seen panels played with in an Action Comic, but these teams are doing it sparingly and impressively. For a comic with more development than action, it was one of the most exciting I’ve seen in this run.

10 “Ominous Superpower Malfunctions” out of 10