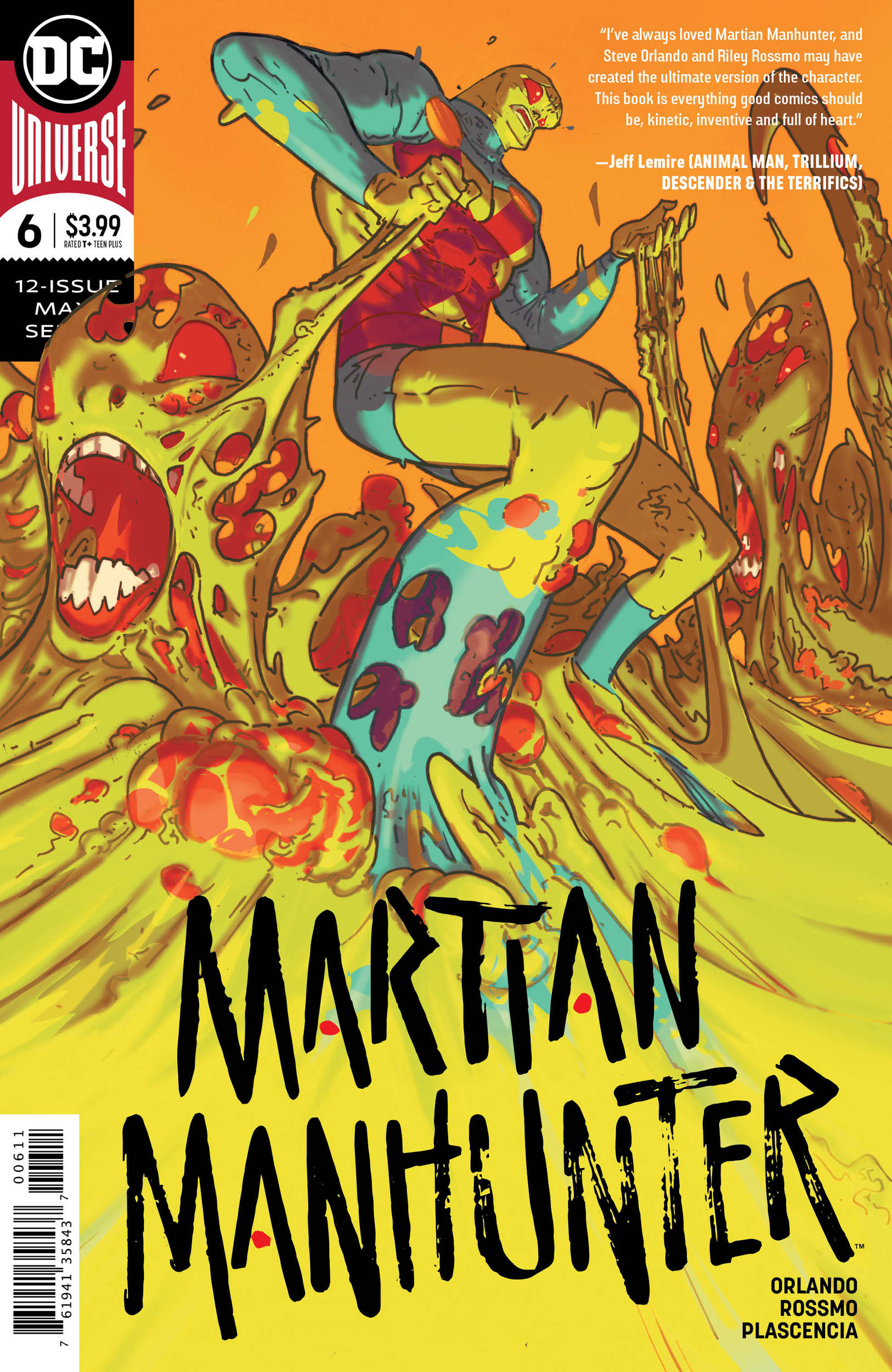 At the halfway point of the series, Martian Manhunter doubles down on J’onn’s past as we’re shown the brutal honesty of J’onn’s final day on Mars. And I promise you, just like gas station sushi, it doesn’t make you feel good.

We’ve been duped. Bamboozled. Led astray! Because a lot of this series takes place in the past, and it’s narrated by J’onn, the emotionally available green Martian, we’ve grown accustomed to his point of view. But what if I told you that was all wrong?

Sometimes our narrators are unreliable. Even the ones that are our heroes.

Well, we got it all this issue. For everything that J’onn omitted to the audience, and to his family, he let it all out this issue as a way to try and make amends with his past. And It was all framed around J’onn needing to regain the trust of his partner in order for them to move on and stop this new threat in their town.

Let me tell you… this shit hurt, man. Orlando really takes advantage of the holes in J’onn’s history. So much so that this doesn’t feel like a modern retelling or a quick rehash of known events. He brings us to the trenches and gives us a raw view of absolutely everything. And the mind-blowing part is that you thought that’s what you’ve been getting this whole time. Nope. Think twice, homie. 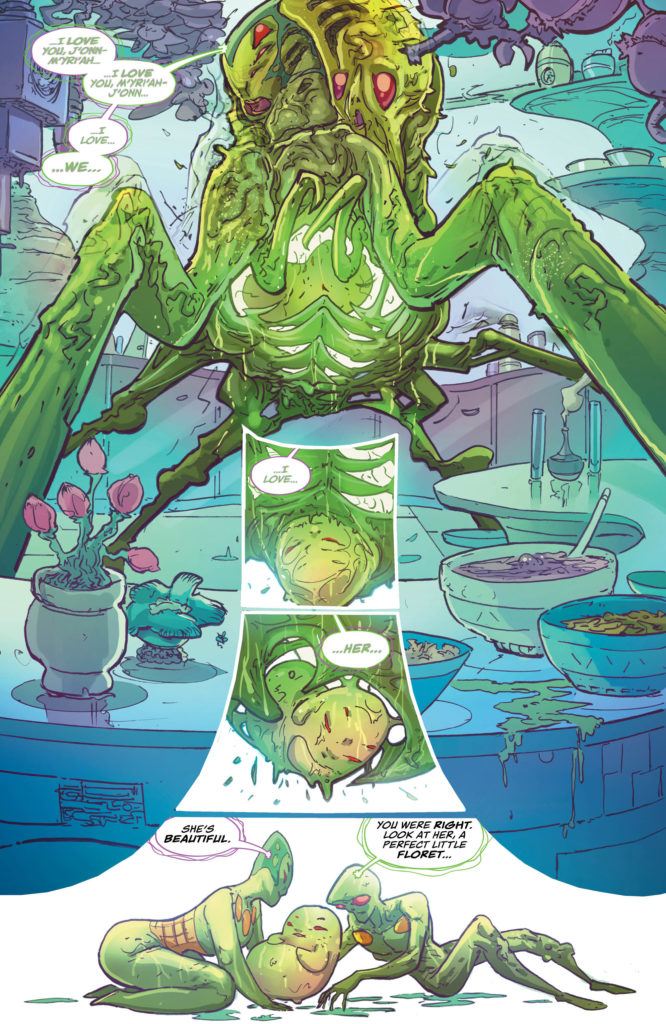 The last day on Mars is a lot like you would think it would be: painful deaths, existential crises, and a collective struggle to survive. The one constant that these flashbacks have shown is just how much J’onn loves his family. And that he would do absolutely anything and everything to make sure that they stay safe. And when the world starts to unravel in front of them, J’onn’s dark secrets unravel in front of us and his family. I won’t go into too much detail about what J’onn did, but just know that it was an abuse of his power as a Manhunter. He did the wrong things for the right reasons, and his family found out about it in their dying moments. This really hurt to read. I can’t remember the last time a comic book made me feel this sad.

A scene with that much emotional weight can only go so far off of dialogue alone. Rossmo’s art brings this titular scene to life in a way that only he can. The way he’s able to weave in and out of the abstract really lends to the strength of the scene. From melting Martians to faces filled with strife, Rossmo walks a tight-rope of emotion that tells the story of all of these characters with very particular care. The moment that stands out to me the most is the final moment that J’onn has with his wife and daughter. As they find out just what kind of man he is, moments before they die, it’s their eyes that tell the story of what they are really feeling inside. Martians don’t have any pupils, but Rossmo is still able to convey the pain in their blood red eyes as they melt out of existence in front of J’onn. I am crying as I’m writing this, and I’m not even trying to hide it.

Martian Manhunter shows us every corner of J’onn’s history as he attempts to piece himself back together and become the hero that we all recognize. The first six issues of this series show J’onn as a lonely wanderer. By the end of the next six, he’ll be a hero.