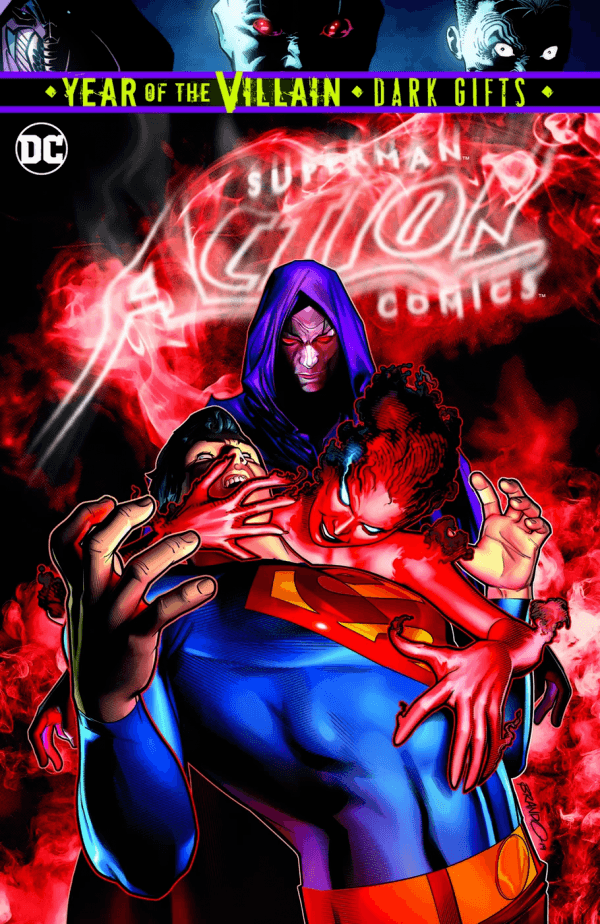 Ok, Bendis. I’m going to need you to stop making me root for the villain. Action Comics #1014 turned the Black Girl Magic up a notch right out the gate. The book starts with Perry White, editor of the Daily Planet (I was this close to writing “Daily Bugle”), meets his new boss. Marisol Leone has been a fantastic addition to Superman’s world. It has been known for quite a while that she bought Superman’s paper but that hasn’t been super relevant to the story outside of her employment/ partnership with Robinson Goode. In this issue, she has her first interaction with Perry White. In a deliciously curious creative choice, the criminal Queen Bee of Metropolis comes off as the ideal owner of a newspaper. She asks Perry what he needs to make the paper better and without either of them skipping a beat he tells her he needs money and editorial control and she agrees. Later in the comic Clark Kent gets a chance to meet Miss Leone. After stopping a rampaging monster, he writes an article about it quoting himself as Superman (I’m not sure about the journalistic ethics here) shedding light on wrongdoing on the part of S.T.A.R. Labs. Perry is excited to introduce Kent to Leone, but he is appropriately skeptical of her intentions. 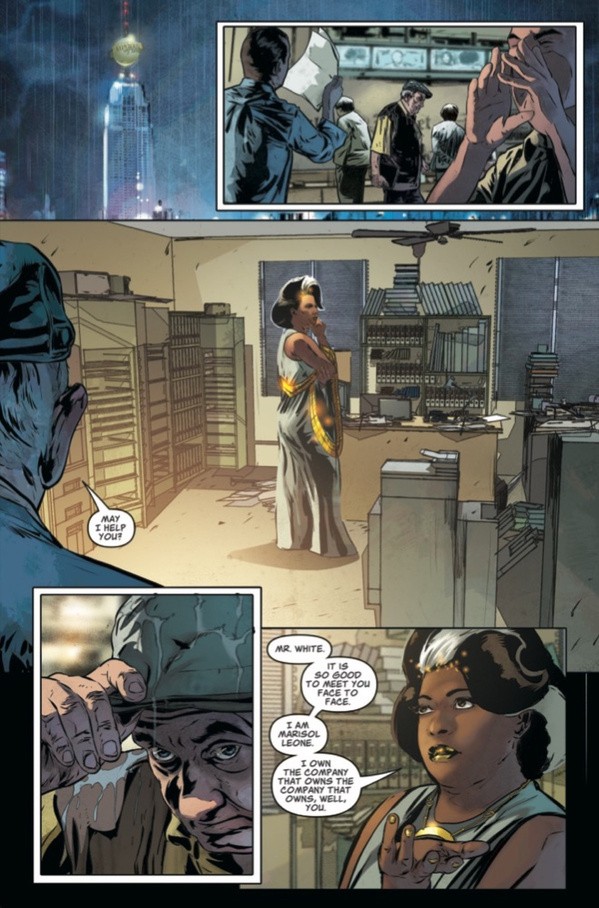 In the Bridgeport, CT portion of Metropolis we’re reminded that Miss Leone is indeed a villain. The violent alternate personality of Rose, aptly named Thorn, is tearing up the hang out spots of the crime bosses working under Leone. Partially through her Punisher session, the Red Cloud arrives. With her being supercharged by Lex Luthor (There’s some Villain event that I have zero interest in) and Thorn being VERY human and not at all trained by Batman this does not go well.
My favorite part of this book is how well Leone as a benevolent owner works.

I wouldn’t buy for a second that a paper owned by Wilson Fisk or Lex Luthor could have journalistic integrity. Leone is different. Out of necessity (Superman is kind of a beast) she has preserved her empire’s anonymity so there is less of an incentive to skew a newspaper’s take on crime and scandal. This might also be bait from Bendis but the way she is written make it seem like she genuinely cares about journalism.

Another thing to note is how this book plays with the panels’ borders. During Thorn’s fight they used an appropriately themed border that they’ve done with her character before. During Superman’s they used an unconventional one that added a bit of spice to the scene.