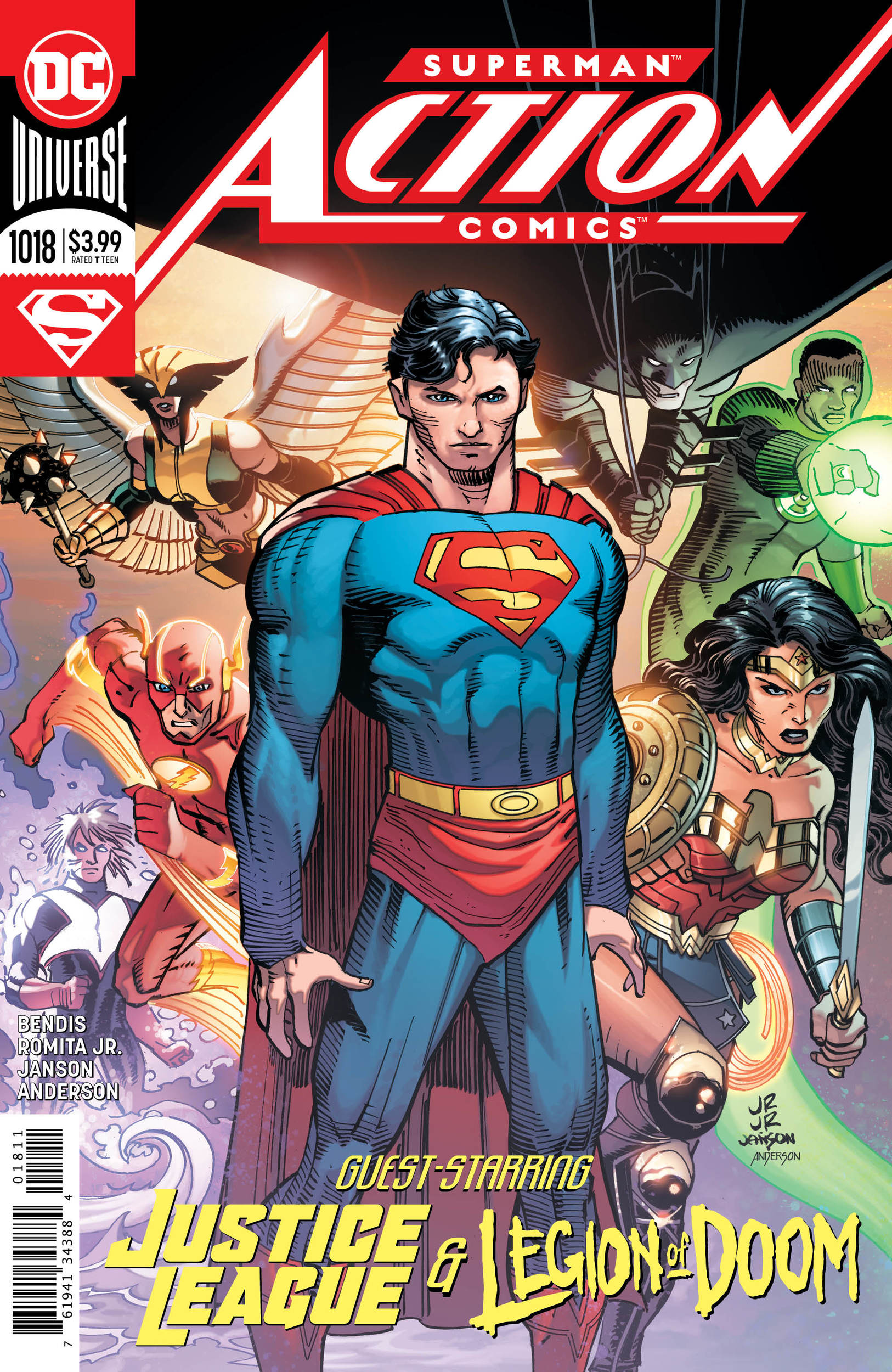 I’ll be honest. Action Comics #1018 isn’t the best comic to jump into blind. But, while the common belief is that “any comic is someone’s first comic,” that doesn’t mean every issue has to be bogged down with recaps and reference points to keep us caught up.

So, instead of sitting in the dark, I went back and read Superman #18 and Action Comics #1017 to fully grasp what was going on in this issue. (Did you guys know Superman told the whole world he’s Clark Kent? Like, everybody? Just kidding, if you’re here, you probably did…)

Action Comics #1018 picks up in the middle of a battle between the Justice League and Teen Titans and a new and improved Legion of Doom. Only, the only three heroes left standing are the big three of Superman, Batman, and Wonder Woman and the Legion of Doom now includes a super-powered Lex Luthor and Leviathan.

But Brian Michael Bendis and John Romita, Jr. use the issue as more than a giant fight sequence. They balance out the action with flashbacks to offer some deeper insights into members of the supporting cast — namely Fire Chief Melody Moore and Daily Planet reporter Robinson Goode. 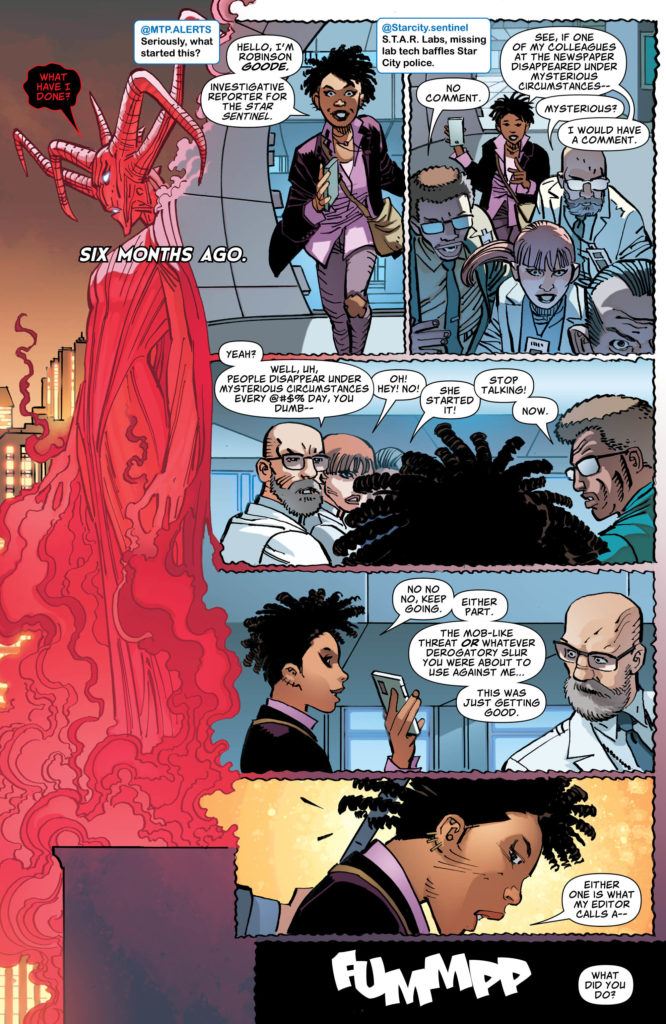 In Moore’s section, she takes a moment to tell Clark Kent just how much Superman is an inspiration to her and her career. She’s going to run for mayor of Metropolis and wonders if she’ll get Superman’s endorsement. In a surprising move, Clark then reveals his other identity to Moore as a sign that he not only endorses her, but he trusts her. (Note: We’ll get into the mess of superheroes endorsing political candidates another time.) Romita does a great job here depicting both characters’ swarm of emotions during this delicate moment.

In Robinson Goode’s section, we see her coming across a group of anxious, violent scientists while reporting on a story about S.T.A.R. Labs, only to end up in an accident that gives her superpowers of her own.

This issue was part two of a larger arc, so I’m interested in seeing where it goes and if all of these seeds being planted will grow into something of note. For now, I’ll just enjoy the ride.