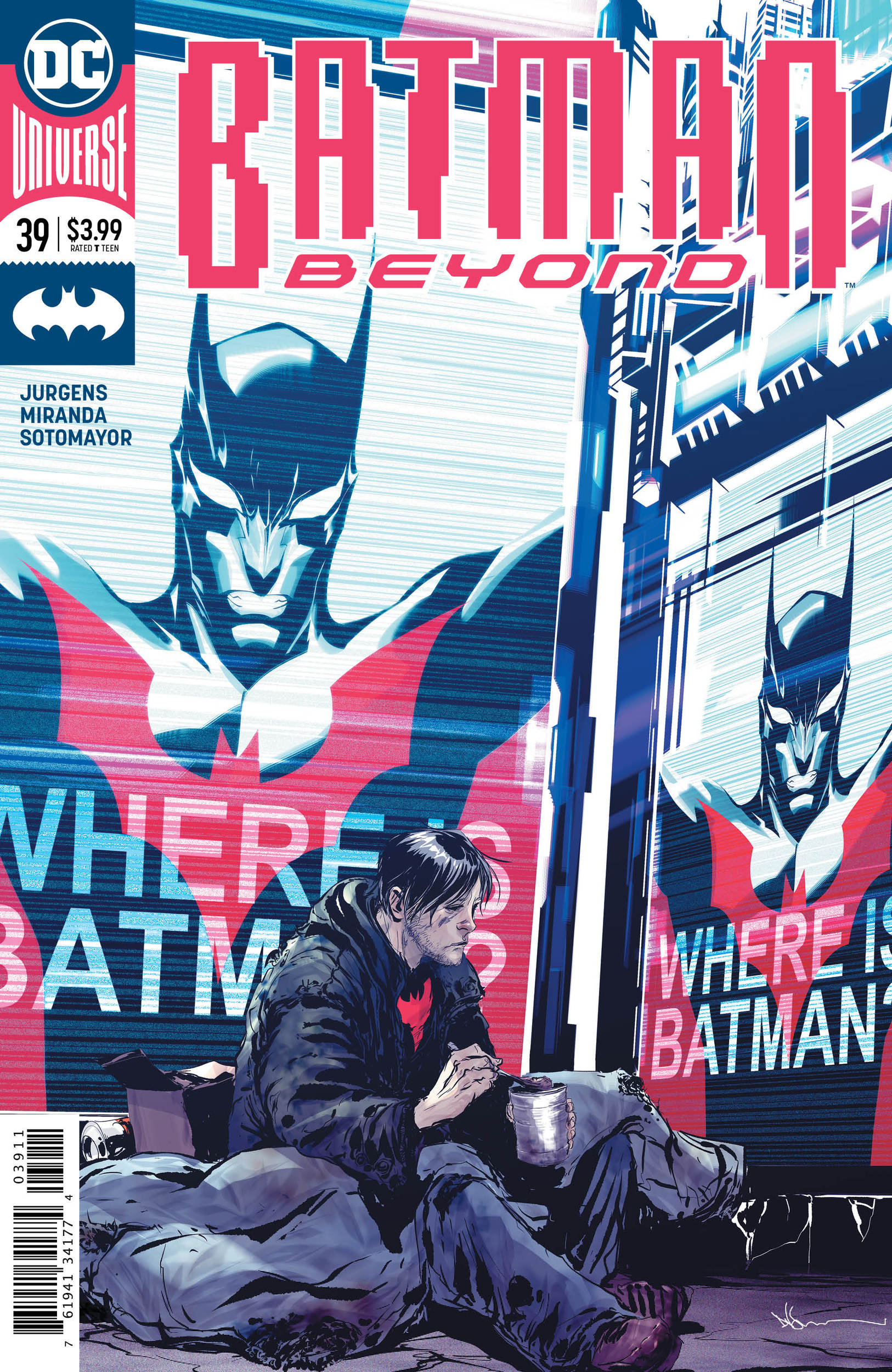 If you’ve been following BNP’s comic book coverage for a while, you may know that I regularly reviewed DC’s main Batman title. From issue #1 to issue #85 – with the occasional handoff in between— I rode the highs and lows of that series.

Now it’s time to venture into new territories. But I can’t venture too far from home, however, because Batman has my heart, and I won’t give up until he’s happy! (read: never)

I decided to check out Batman Beyond as it’s a story I’ve dabbled with and enjoyed in the past, but not in its current iteration. Little did I know I’d come across one of the most enjoyable and satisfying Batman stories I’ve read in a while.

The issue features an anonymous Batwoman who has stepped in to don the cowl as Terry McGinnis is suffering from a bad case of amnesia and living on the streets. Batwoman is fighting none other than Blight, a former millionaire named Derek Powers who actually murdered Terry’s father after he exposed his schemes. Oh! And he absorbed radioactive energy and walks around in a body that’s quickly deteriorating. 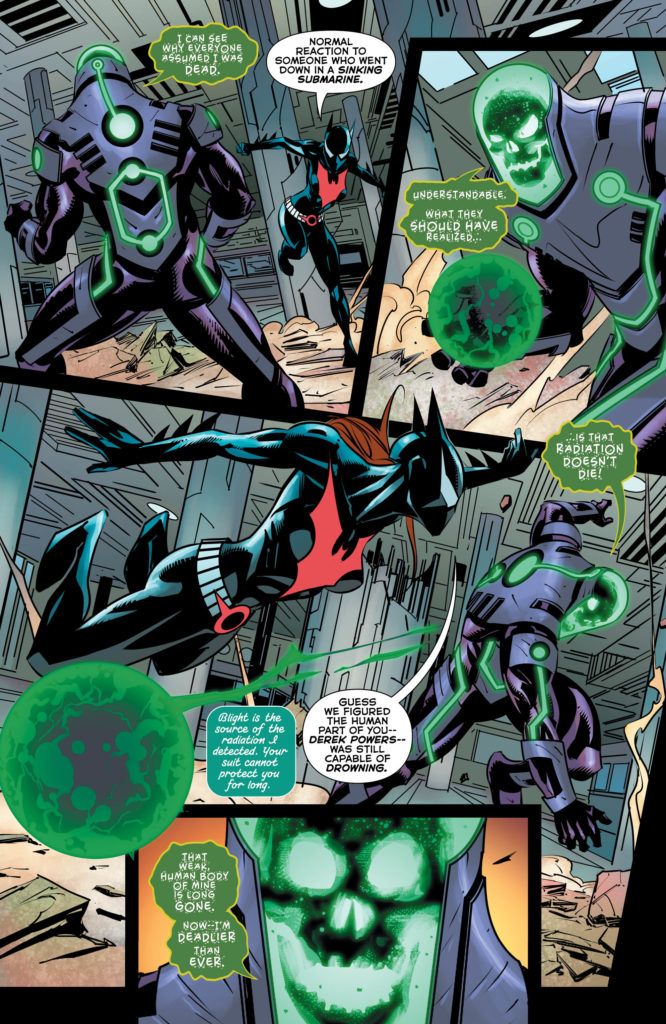 Back in the Batcave, old man Bruce Wayne and Terry’s younger brother Matt are watching on as this anonymous Batwoman fights Blight and speculate on who should be. Neither of their biggest leads picked up the phone, so who knows at this point?

On the other side of town, Terry is living on the streets with only his first name and the company of another woman who’s hit rock bottom. The only problem is that she hit rock bottom by taking part in the same scheme that got his father murdered.

Now, Batman Beyond #39 is not doing anything new here. As a matter of fact, a lot of this issue is a reintroduction of regular tropes like amnesia, secret identities, and the return of long-thought-dead villains. But Dan Jurgens is having fun here. He’s not dealing with the pressures of trying to steer one of DC’s top-shelf titles, which allows him the freedom to have some fun.