What’s amazing about Lazarus is that over 17 issues of the book, we have had a small number moments that centered around how Forever is the ultimate solider (among other things), but most of her mystique is based upon the threat of how badass she is. Well, there’s no threat here. Forever is leading a small fireteam through the Hock forces as if she were parting her hair. The action is appropriately efficient and brutal as Forever at times doesn’t seem to need the team… except, well, that’s complicated. You know what, you’ll have to finish the issue to see what I’m eluding to. 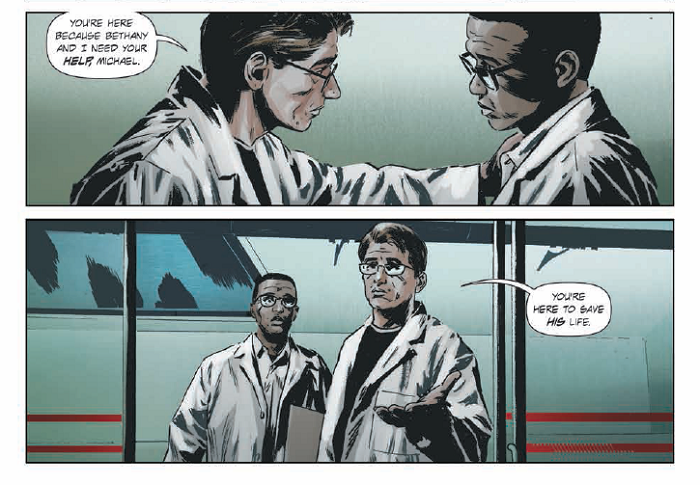 And while Forever as a badass commander on the battlefield is the obvious selling point, there’s a number of other cool things going on in this issue as well. We were introduced to Michael Barrett last issue, but now we see why he was recruited with such vigor by the Carlyle Family: the Patriarch is still in dire straits. Of course, there is the obvious reason that the prospect of his death would be terrible for the Carlyle Family, but now the allies to the Family are getting antsy because they have similar “Hock problems” from other families. While Forever’s mission is of the utmost importance, it seems that the other (often useless) Carlyle siblings will have to carry their own weight to save the family on the diplomatic side. 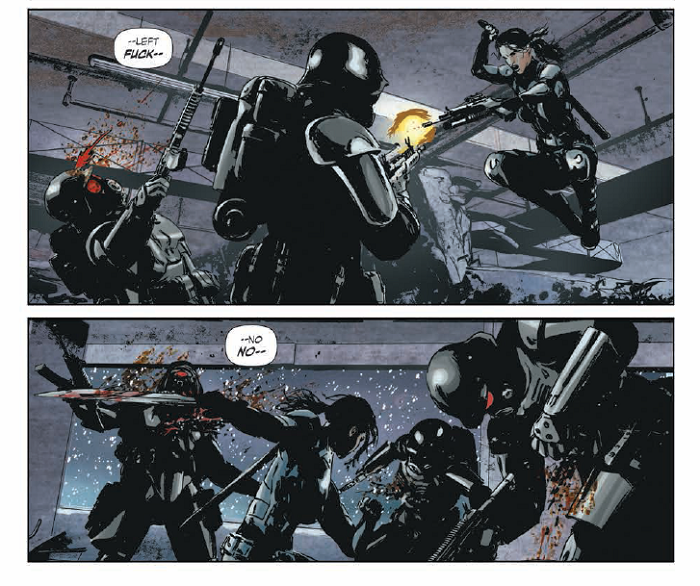 Lark is fantastic on the art side of things, considering how versatile he has to be with so many different scenarios and tones existing for this one issue. Even though Lazarus #18 is almost bursting with moving parts, the pacing still works thanks to how many of panels are allowed to breathe and streamline the storytelling.

The story inches forward, but contains some pretty big revelations that might completely change the complexity of this story. Issue #19 can’t come quick enough.