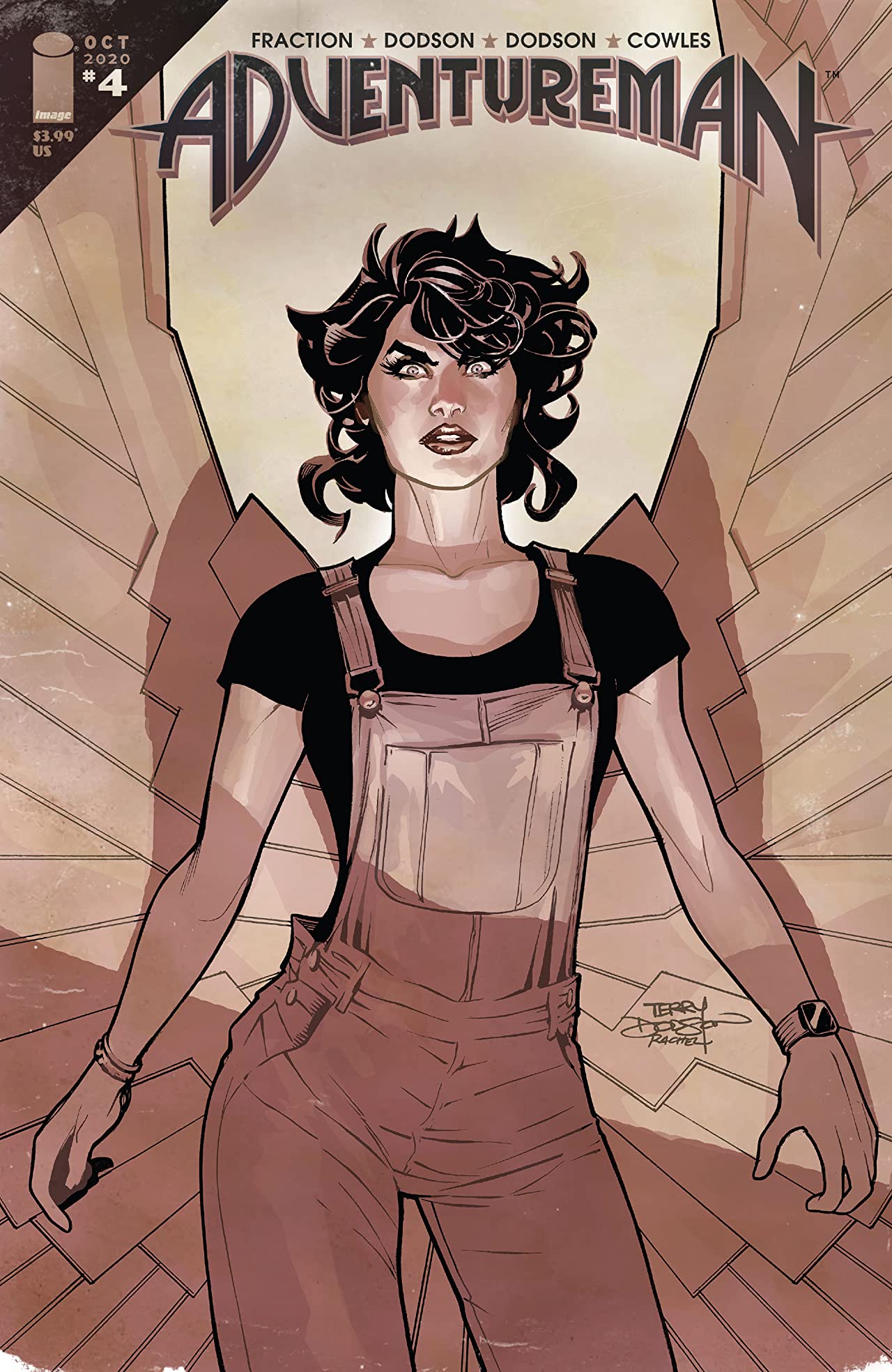 It feels kind of silly that after reviewing the last three issues that I never quite articulated and emphasized that the beauty of Adventureman is the fact that it is a blended narrative about a blended family. The Connells are a legitimately diverse group of individuals who are deeply connected and deeply care about one and another as one of their own deals with the unexpected inheritance of being a pulp fiction hero legacy. And the one thing that Adventureman #4 drives home is that as much as this is Claire Connell’s story, it is a narrative about inter-generational love and compassion. It is a narrative grounded in standing next to the people you hold most dear against a seemingly inexorable evil and prevailing. And there’s a simple joy in that.

And as Claire Connell frantically thinks back over the last eighteen hours of her life and her new penchant for heroics on the streets of New York City, Fraction and Dodson continue to revel in their playground of magical realism, and the slow unveiling of the world and how everything comes together.

Terry Dodson’s pencils and colors coupled with Rachel Dodson’s Inks, Cowles’s lettering, and Olea’s design compliment each other brilliantly. The frantic opening pages as Claire races through the crowded streets have a sense of speed and urgency to them and Claire has so much personality even before factoring in Fraction’s quip laden dialog and quick wit and energetic pacing.

The story hop skips to plot points in a way and we are treated to several miniatures arcs within the issue that all contribute to the overarching narrative about the mystery of Adventureman and Claire’s connection to the stories. For all of the fun grounded moments in the “real” world, there are just as many unbound, gleeful scenes in the “storied” world where magic and science are equally potent and the forces of good and evil are constantly clashing, that culminates in a proper collision.

Fraction knows how to weave a yarn. He has this deep understanding of character and plot that makes a solid framework for the Dodsons, Cowles, and Olea to manifest into reality. As the conclusion to the first major arc, I find myself delighted and waiting in anticipation for the follow up. This is gonna be a memorable ride, and I hope y’all are reading along.