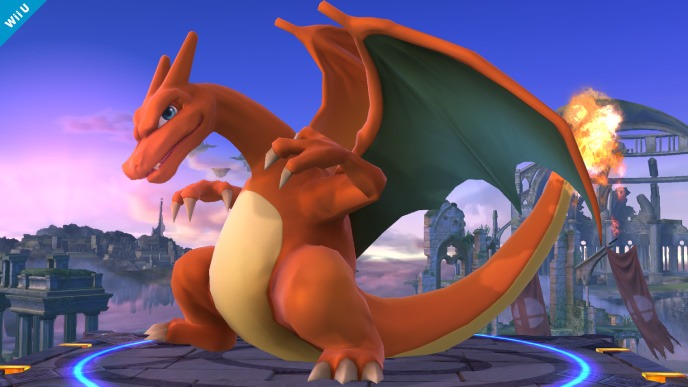 I’m horrible at making decisions. Like seriously bad, anyone can tell you. Even if the choices don’t matter, and are relatively easy, I will deliberate for hours, even days and never quite feel good about my decision after the fact. Truth be told, narrowing down my picks for this editorial probably took years off my life span because that’s literally how much this stressed me out. Out of the original 151 Pokemon (Yes, die-hard Poke-fans. Nostalgia indeed rules everything around me.) there are dozens that could’ve made this list. There is Pikachu, who has literally been the face of the entire franchise for 15+ years. There is Mewtwo who is so awesome that he had an entire movie based around Ash trying to punch him for some reason. Ditto, Snorlax, Jigglypuff and any of the legendary bird Pokemon could’ve been my pick and I would’ve slept like a baby. But no, a choice this difficult takes me back to one of the most difficult decisions I had to make as a child.

No one decision in my childhood was more difficult to make than picking my starter Pokemon in the first generation of games for the Nintendo Gameboy. Now I don’t know what it is but there is this unspoken shade that gets thrown in the community when picking your starter, mostly because your choice here determines how difficult your experience be. “Oh a Squirtle? Well gee, no one has ever thought about picking him before. I’ll bet you’ll have a difficult journey.” There is Bulbasaur aka The Road Not Taken. Bulbasaur is a really good starter Pokemon and provides the player with a medium difficulty on their journies. The problem is because the other two choices are so popular, Bulbasaur is usually the odd man out when it comes to making a decision. Then there is Charmander… Raising a Charmander is not for the weak. Why? Because choosing Charmander from the jump makes things extremely difficult for gamers immediately. Do you know how hard it is to defeat the first 3 gym leaders (Brock: Rock, Misty: Water, Surge: Electricity) with a fucking Fire Pokemon? Try to fight Brock one on one with a Charmander under level 13 and see how fast he gets you out the paint. Same with Misty, watch how fast it takes her Staryu to wash you up as your companion pathetically attempts to Scratch it’s way to victory. Guess what? It’s not very effective and good luck trying to defeat Misty with that Pidgey you caught and neglected back in the Viridian Forest. But no, the thing that makes Charmander such a great Pokemon is because he is high risk/high reward . Yes, you’ll spend the beginning of the game losing, but your lovable misfit will eventually turn into this powerhouse you see before you!

If I had to describe Charizard in one word it would definitely be menace. Why is that? Because Charizard is a bad ass, plain and simple, both in the video game as well as the series. There comes a time in just about everyone Pokemon Red/Blue/Yellow playthrough’s where your Charizard completely stops listening to you, why? Because you don’t have the badges to train him!

He single-handedly killed Ash Ketchum’s hopes and dreams of winning the Kanto League tournament in the series, by opting to take a brief siesta instead of battling..in the final round of the tournament. All because Charizard saw that his opponent was weaker than him, thus he deemed him unworthy of catching the fade. Since when does a dragon ever have a moral compass, fam?

If there was a choice between defending his honor and not wasting 1/4 of his energy on basics, Charizard is going with option B everytime. Yes, Charizard is a dick but he is a fire-breathing dragon who isn’t afraid of anything *ghetto handclap in between words* who.gon.check.him! When Charizard does deem an opponent worthy of catching a quick Fire Blast to the face, he has some of the most epic fights in the anime.

Mario and company recognize the real, which explains his inclusion in the last two Smash Bros. Even Mewtwo had to give your boy props for being skilled with the hands. I remember being 9 years old, faking a fever so that I wouldn’t miss an episode of Pokemon. One day I was lucky enough to catch the episode where Ash was going up against Blaine; the Cinnabar Island gym leader and his prized Magmar. That was the first opponent Charizard ever saw as a threat. The battle waged on for a while as the two titans destroyed platforms and ignored the lava. Eventually, Charizard decides that it’s time to end things, so what he do? Charizard Seismic Tossed his ass through a fucking volcano, straight to the fiery depths of hell. I don’t remember Blaine ever getting that Magmar back, fam. We witnessed this Pokemon’s execution on live television and no one said anything. Magmar ain’t get a funeral, nobody played “Crossroads”, nobody poured any liquor out for him, hell, he ain’t even get a “In Memory” bump during the end credits. In that moment I think we all fell in love Charizard and anybody that tries to tell you otherwise is a damn liar. Charizard is the People’s Champ. He may not be the best Pokemon ever, but he may be the illest to ever do it.