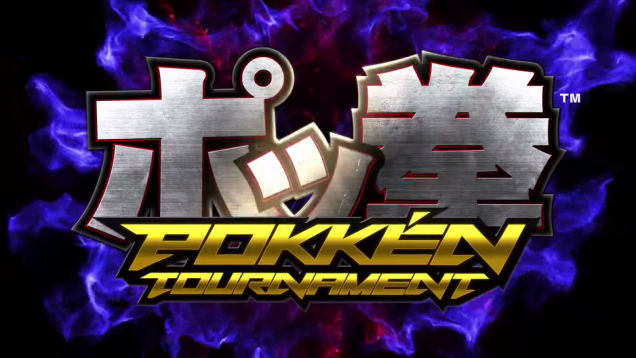 See what we did there with the title? Yeah, you see it. Pokkén Tournament is an upcoming Pokémon fighting game for the Wii U which is planned for an early 2016 release. It’s being made in a Tekken-fighting style, without the technical side of Tekken so that more fans who aren’t in the fighting game scene can play it without feeling overwhelmed by controls. Bandai Namco Entertainment is the developer of this game and they’re also responsible for the Tekken series so it should be a pretty polished fighter.

Take a look at this bomb ass trailer:

As you can see, we already have quite a few characters we can fight with. We have Lucario, Machamp, Suicune, Gardevoir, Pikachu, Gengar, Weavile, Charizard, Blaziken, and even cosplay Pikachu in her Pikachu Libre costume (you can tell she’s female from her little heart shape on her body and mask).

In addition to the main fighters we also see that the game has a partner system and a projectile system like the Naruto fighting games and Dissidia Final Fantasy, respectively. The partner or assist roster so far is: Emolga, Fennekin, Snivy, Frogadier, Eevee, Lapras, Whimsicott, and Jirachi. The assist mechanic has been around in most fighting games so it’ll be cool to play as a Pokémon while having a Pokémon assist you. It’s like Pokémon Mystery Dungeon tag-team fighting.

The special attacks can be combo’d into which adds a little technique to the fun fighting. Also did you see some of those moves? Like DAMN SON. It looks like the special attacks have a gauge that charges up from attacking or getting hit. This game looks fun as hell and you should be hype for it. Unless you don’t have a Wii U, then you better go find a friend that has one so you can whoop his ass in this game as only a true friend can.

So if you ever wanted to fight as Pikachu and see if you can beat a Mega Gengar then next year you’ll get your wish. There should also be a remix to the Pokerap with “GOTTA FIGHT ‘EM ALL GOTTA FIGHT ‘EM ALL,” but that’s more of a personal wish from me. Next year get ready to finally get what we’ve always wanted. A real true blue Pokémon fighting game.