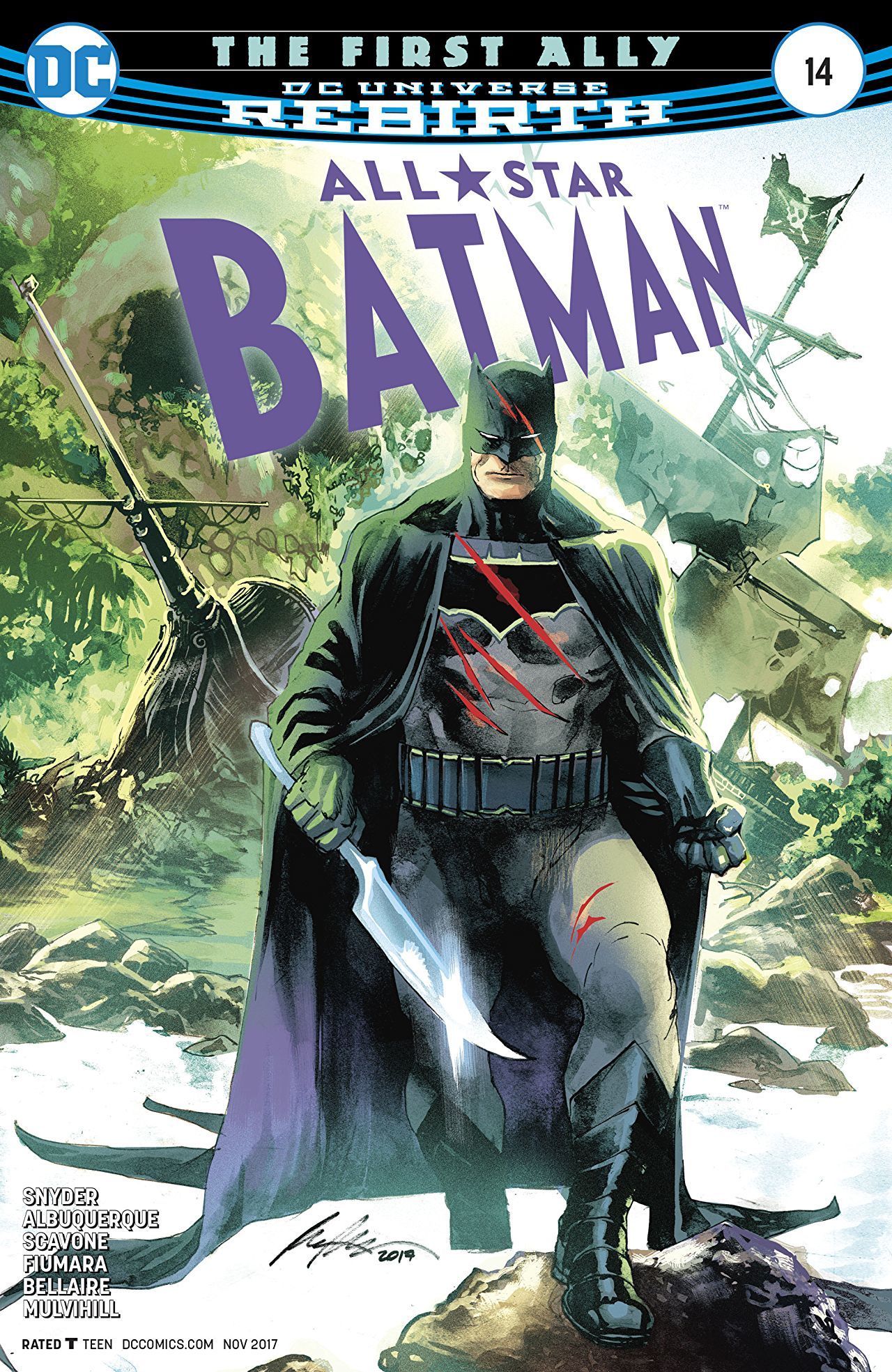 As it is, All Star Batman has been a relentless action romp that takes Batman globetrotting while taking on the biggest and baddest of his rogues gallery. But the First Ally storyline has been maybe the most hardcore story the book has had to offer. Not only has it taken Batman through the wringer but it’s been an amazing look into Alfred’s backstory. With the book coming to a close, Scott Snyder is clearly trying to finish strong.

Issue #14 juggles the final confrontation between Batman and the mysterious new Nemesis with more looks into Alfred’s past as a British covert operative. I doubt there’s any other Batman writer that has taken so much page time to develop Alfred and after almost ten years of Snyder’s watch on this franchise, there’s nobody else I’d trust as much to develop what has classically been a static character. This story arc and, ultimately, this issue proves that my trust has not been misplaced. It takes much more than someone who vacuums and makes sandwiches for his “kids” to be as involved in Batman’s crusade for justice. By the time you’ve finished this issue, you definitely have a much more detailed picture of the kind of person it takes to ride or die with Bruce over the years.

Snyder’s script seems to move at 100 mph, hitting you in the face with so much action and storyline simultaneously, it’s easily the most kinetic of the three stories we got out of this book (which is saying something considering that the first story was basically Fury Road guest starring Two Face). The ending leaves you a little disturbed over the potential for future stories once you understand who Nemesis is and what he’s about. 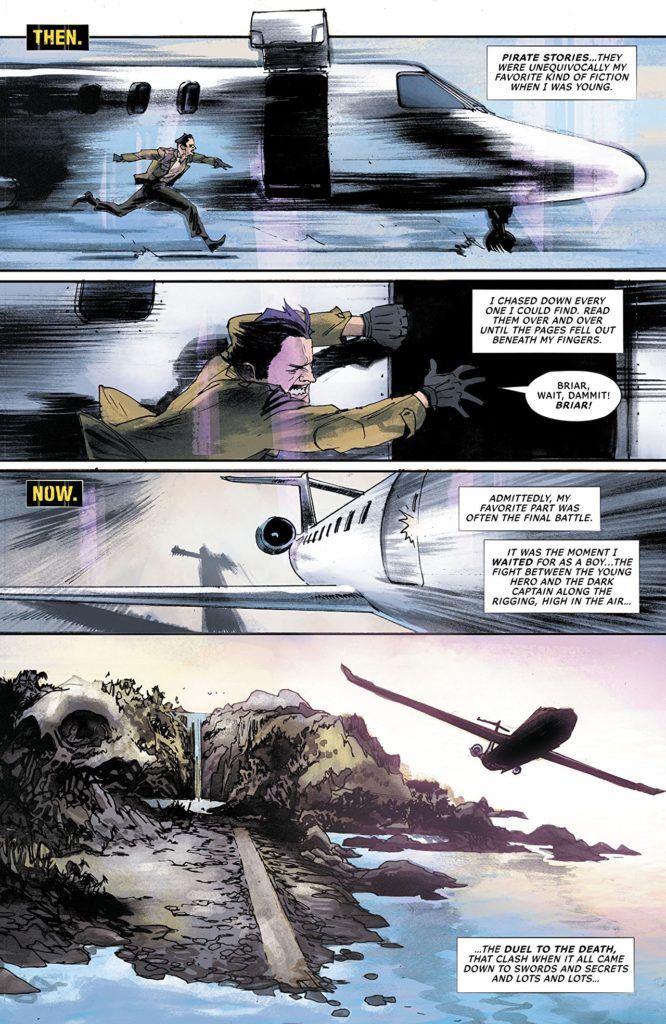 Visually, you really can’t ask for a better dynamic duo than Rafael Albuquerque and Jordie Bellaire drawing this book. This is easily one of the most gorgeous issues to come from the series, detailed, gritty and exciting enough to enhance the intended pace of Snyder’s script. From the beginning of the issue, Batman is hard to look at because you can see and almost feel the punishment he’s received fighting Nemesis. Speaking of Albuquerque, the bonus story “Killers-In-Law”, co-written by himself and Rafael Scavone, has proven to be something that, in my opinion, deserved to be a single “original graphic novel” format. Seeing the rise of a new, formidable woman villain has been an intense read that looks incredible with Sebastian Fiumara’s pencils offering a noir-ish, action packed Bat-story. It stays true to the early years incarnation of Batman, flying by the seat of his pants a la Daniel Craig’s James Bond.

Bottom Line: It’s hard to see All Star Batman go, but if we have to, this is definitely the way we wanted to see it end. You should always end in a way that makes your audience scream “Encore” and Snyder has definitely done that. It’s hard to end the book on a better note than the beginning of two compelling new villains that will almost certainly resurface in Batman lore sooner than later. If ever there were a series that deserves to be collected in a hardcover omnibus, All Star Batman would definitely be the one.