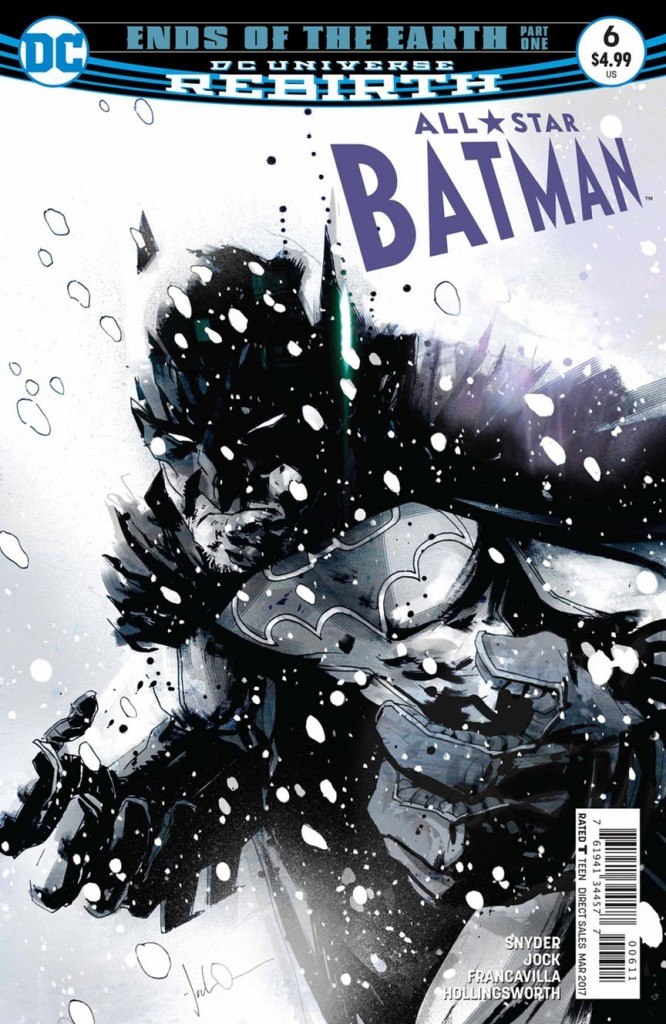 It’s hard to call Scott Snyder’s Batman work the most consistent in DC’s arsenal. I mean, the overall quality is consistently awesome if that’s the goal, but “consistent” doesn’t exactly do justice to what he’s going for, particularly with All Star Batman, Snyder’s road trip comic with the Dark Knight. This seems like an experiment in comic storytelling, playing with different styles and perspectives of Batman’s mythology. So far, the experiment is a resounding success.

Issue #6 has Snyder teaming up once again with Jock, featuring Mr. Freeze as the central villain. The last time I read a Mr. Freeze story was during the New 52 and to be honest, it was a bit of an insult to what attracts readers to the character. Snyder’s tale seems to erase some of that and get back to basics, remaking him as more of a foil to sympathize with. Once again, he’s a well meaning tragedy of science who has become unhinged, his perspective on reality completely untrustworthy. His “evil” plans are usually just subconscious attempts to make sense of what’s happened to him and his wife and validate him as a human being. This time around (though insanely diabolical) is no different and Snyder handles it like circus juggler balancing spinning plates with his eyes closed. And of course, his Batman handles being placed in an impossible predicament with the kind of unconventional moxy and attitude we’ve come to expect from his take on the character. What’s even better is that his approach to tell the story is more like prose than traditional paneled dialogue, so the issue reads almost like a dark fairy tale. Jock is the perfect artist for a Mr. Freeze story. The setting is so wonderfully bleak and desolate, it’s hard to predict what’s around each corner. Some of the panels here are genuinely terrifying and do a masterful job of conveying how deep in danger Batman truly is. 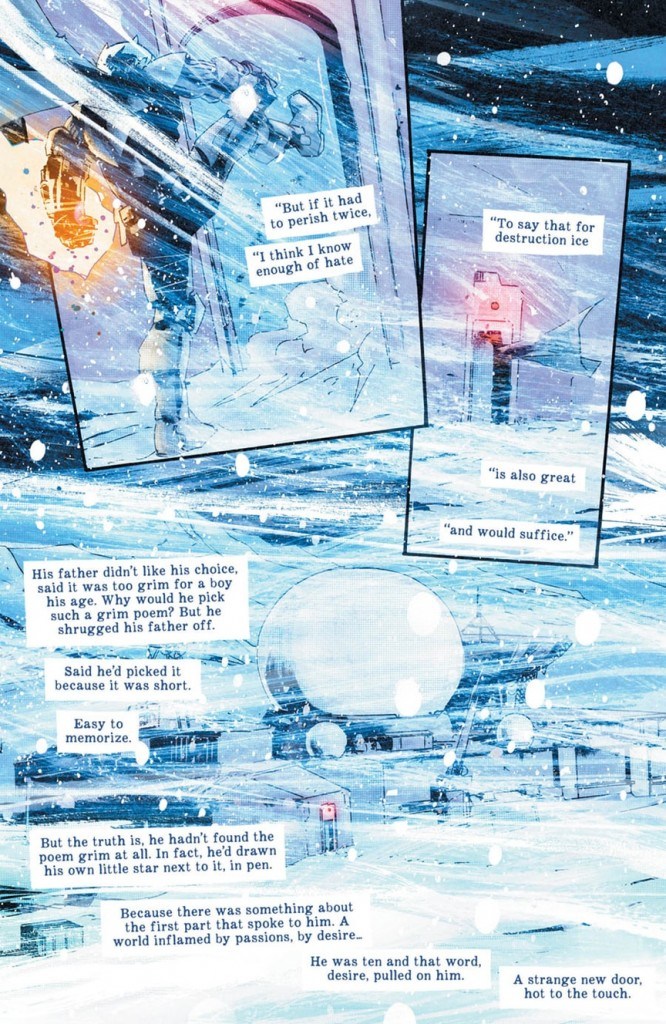 Bottom Line: It would be one thing if this were a bad book, but Snyder is using a title he’s already winning with and taking some serious risks to tell a very outside the box type of story. Ambitious, atmospheric, well paced…All Star Batman is topping the top of its game.

Reading All Star Batman? You can read BNP’s other reviews of the series here.