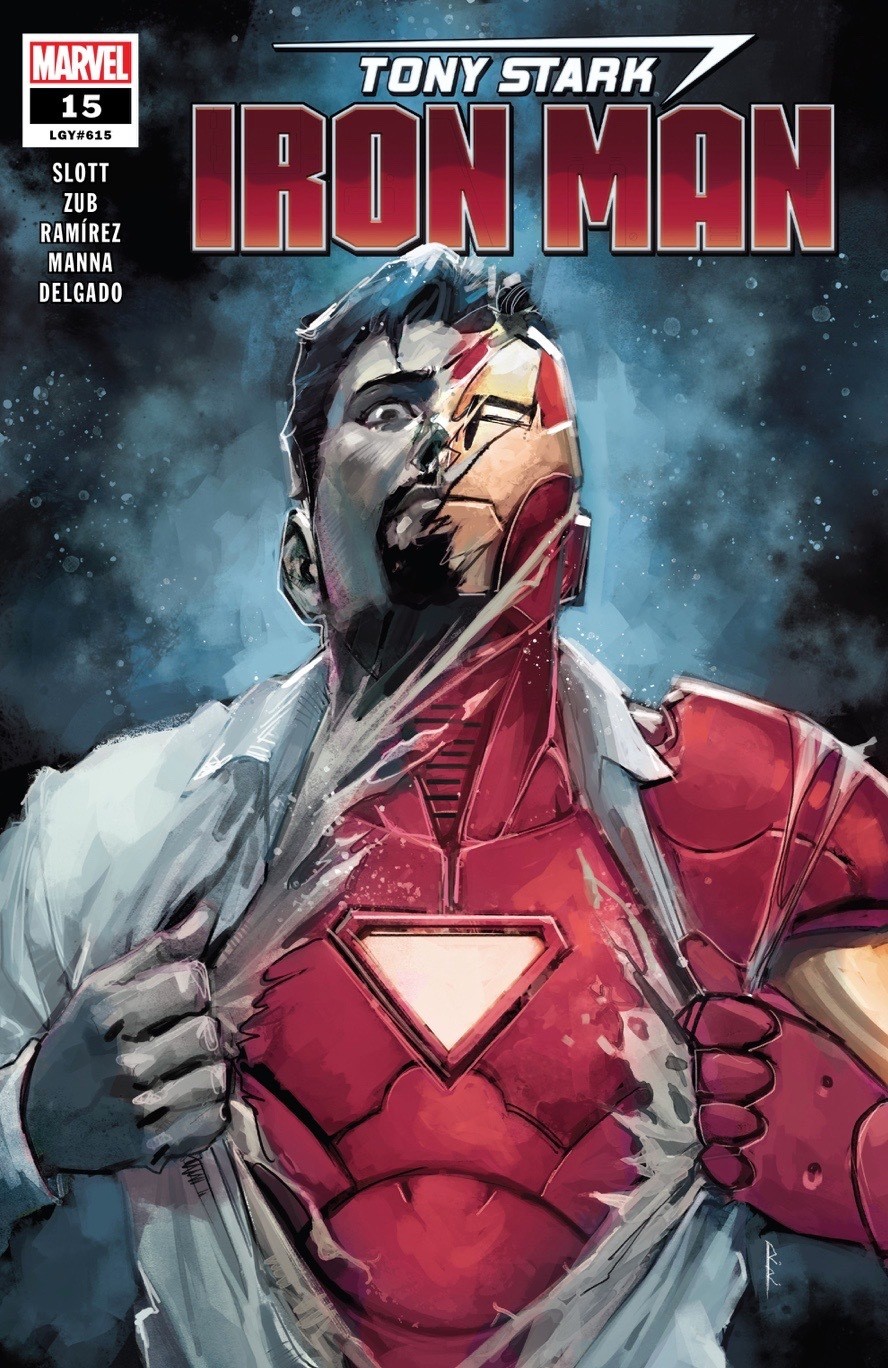 Y’all. Tony Stark: Iron Man #15 done went full WestWorld on us and I’m here for it.

We pick up essentially where the movie Iron Man 2 starts, with Tony defending his work in a congressional hearing. The court is coming down on him with both feet for the eScape debacle and looking to persecute. Tony is not the man he used to be since he came back from the dead, but he really falls from grace when he admits to the court that HE’S POSSIBLY AN AI! Tony is unraveling while the world is watching and taking note. Quite literally. 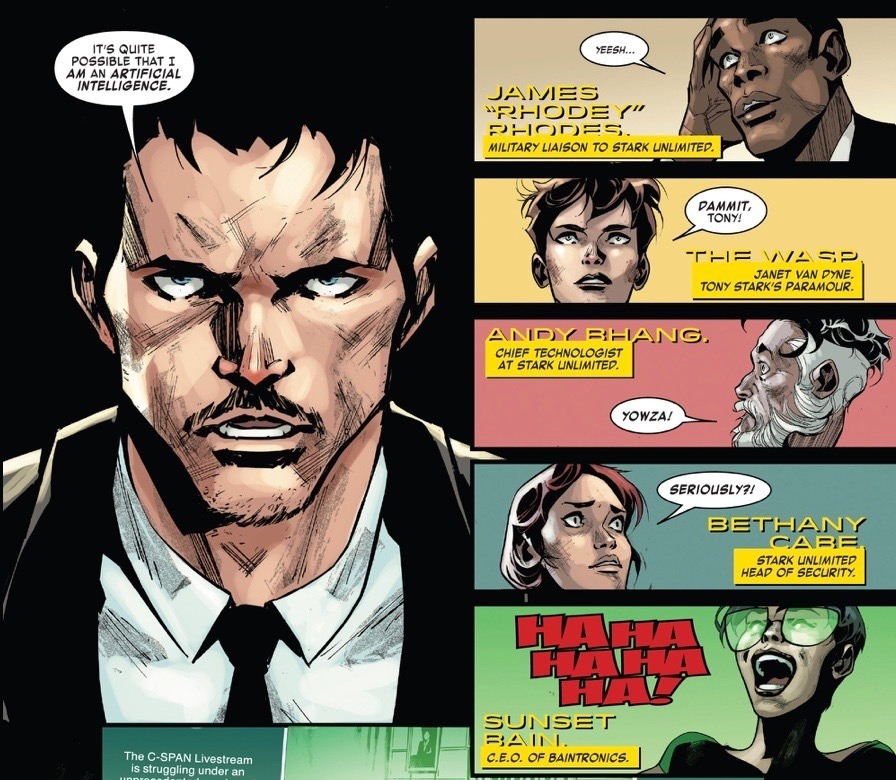 The court responds by bringing a previous Tony AI and engaging in the mother of all robotics debates. It’s like Isaac Asimov dug himself out the ground and signed up for the Marvel bullpen and was like, “Y’all gonna get these ethical quandaries!”

It has been forever since Wonder Man has seen the light of day, but lo and behold he’s out here being used as a plot device for Iron Man. Wonder Man and Vision are summoned to the OG Avengers Mansion where they get bagged and tagged by Jarvis (who knew he had those hands?). 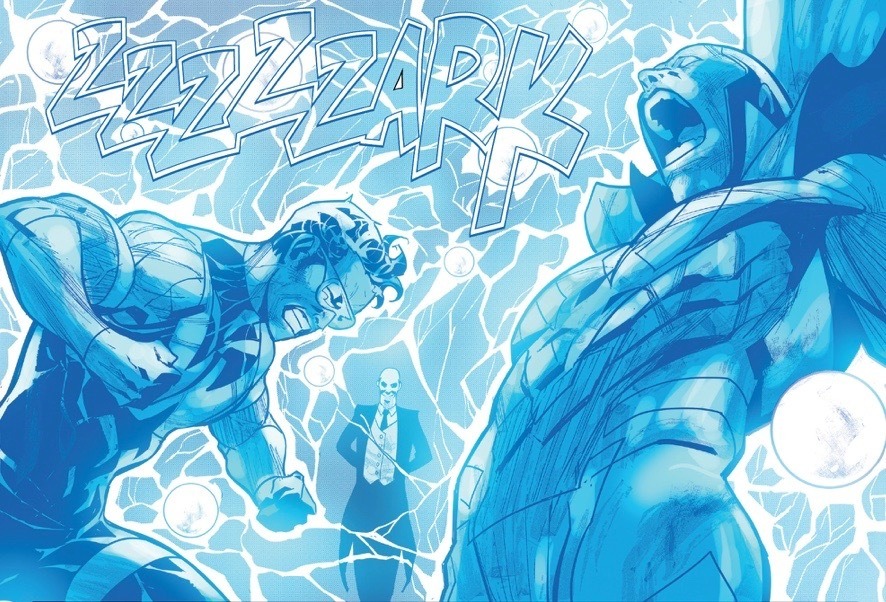 Cut to: Janet Van Dyne and Tony heading out on date night for some vegetarian dinner where they get knocked out of the sky by Vision. I mean Wonder Man. Oh, I mean both of them – put together! A fight ensues that forces Iron Man’s hand in using an EMP, knowingly frying the Tony AI in his armor. After very little soul searching he realizes Jocasta was dead right about him treating AI like The Expendables. Especially after he has to reboot himself after the EMP. In the scuffle, Jan goes missing and we find her captive of…Jarvis! Who answers to…Ultron! 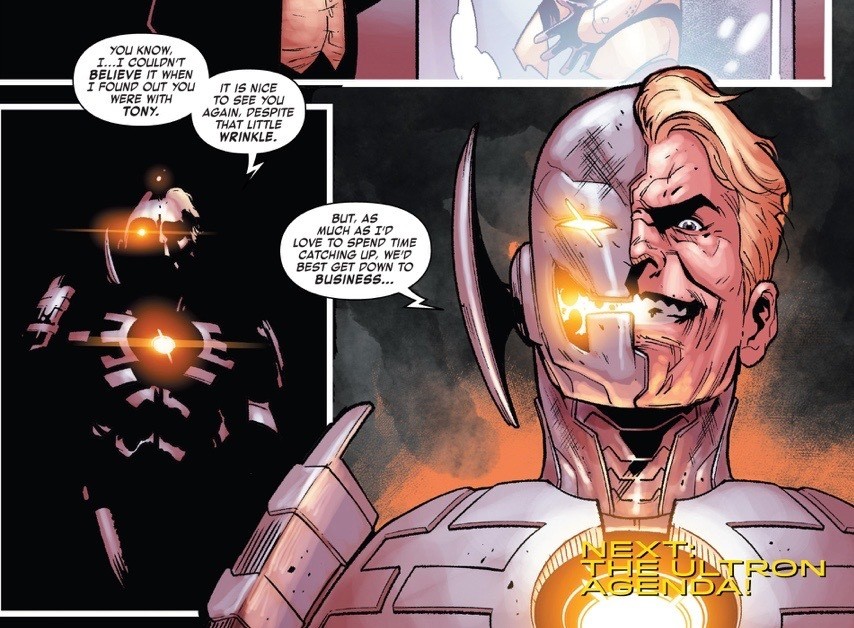 In The Writer’s Room

Slott and Zub have drawn us along a narrative path that opened Tony Stark up, as a character, to his core. After that, they had Tony question his identity, which made readers question their understanding of who Iron Man was or even could be. Here in this 15th issue of Tony Stark: Iron Man, we are taken to one of the absolute limits of Tony’s understanding of his own world. Now that he’s reached this plateau, they drop Ultron (with a suspiciously Hank Pym looking half face) on Tony to challenge his newly acquired self-awareness. Edgar Delgado is on the visuals for issue #15 and really adds dimension to the panels. The art team dug deep into a shaded visual style that lent depth and realism to the court scenes and dramatic urgency to the fight panels. Given Tony Stark’s death in the MCU, this run on Tony Stark: Iron Man proves that the character has a lot of life left in the comics.