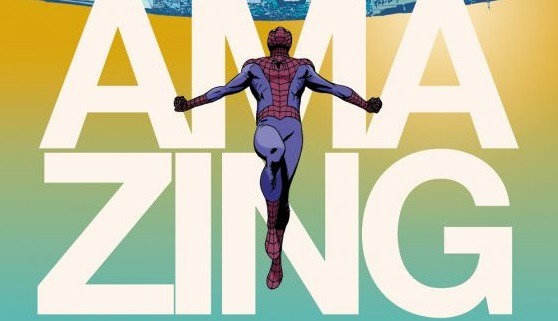 The man of spiders is back at’em. After the two year hiatus with Spider Ock, the best to ever web sling it is back in the driver’s seat and boy is it good to be home. This first issue was 80 pages and read as basically us seeing Peter play catch up. Parker now has to deal with the ramifications of someone literally having lived his life for him and my how things have changed. The entire tone of the book has gone back to the lighthearted way it used to be, we get introduced to wacky new characters for Parker to stretch his webs with as well an embarrassing moment of having to fight buck naked that assures the world…Yeah he’s back to normal now cause, “That could only happen to him”.

Nothing too serious gets started within the main story. The extra pages however is interesting. We see Parker basically making the rounds with all the other Spider-Men out there. He checks up on Kaine, We drop in on Miguel O’Hara from 2099. This is probably a prelude to the major marvel spider legacy cross over they hinted at. We also get the pov from villains. The black cat has made damn sure she is going to get a fist full of revenge after the way spider-ock straight yeet’d on her. We’re seeing all the angles coming back to haunt peter in a big way. I especially dug the electro story told in the shades of “The superior foes of spiderman” in terms of art and dialogue.

So this issue was Peter Parker back on the bike with the training wheels on for now. Hopefully we get to see him push a ten speed next issue.