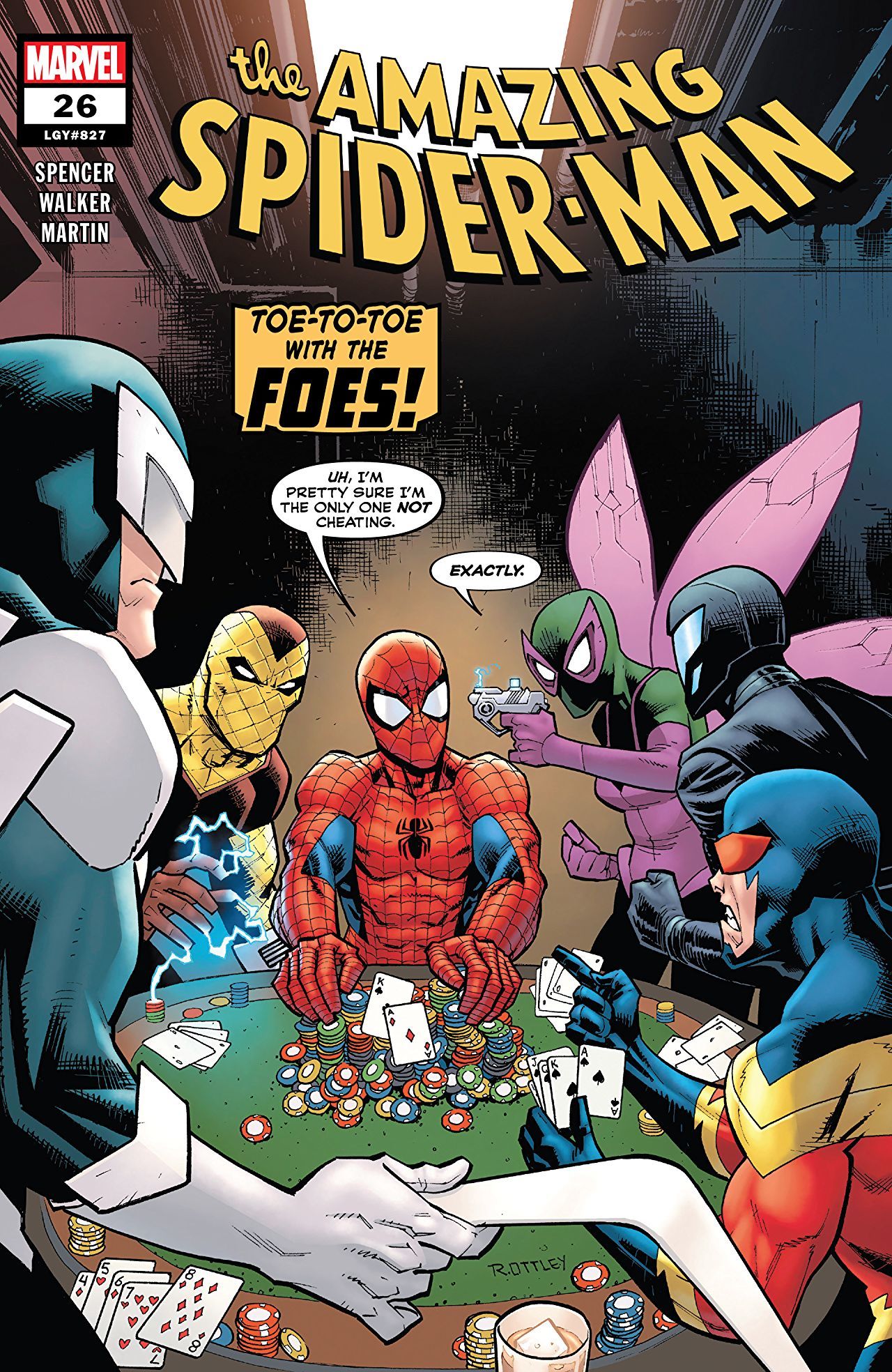 This issue, Spencer reminds me that there is a LOT of Spider-Man I missed before his taking over the book. The issue focuses on his former villain and current roommate, Fred Myers: the Boomerang. (He describes him as a pretty deadly villain and I definitely don’t buy that.) Peter goes on to think through the experience of such a chance encounter developing into a story of friendship and redemption. The past cannot be erased, though, and Boomerang is in the crosshairs of enemies like the Kingpin. Dangerous in his own right, Wilson Fisk is now the mayor of New York City with a police force at his beck and call.

Oddly enough, they are thwarted by mayoral orders not to risk harming his roommate. There seems to be a centipede-related reason for this seeing as the Kingpin does not know Spider-Man’s identity. Elsewhere, we get a feel for the new Sinister Six. After a ransom/murder was thwarted by Mary Jane the new Electro was arrested, and soon after broken out of custody by a new cast of villains. White Rabbit and female versions of Doctor Octopus, Scorpion, Beetle, and Trapster are recruiting Electro into their organization. Their goal is to break the glass ceiling in the male-dominated field of organized crime. Electro initially refuses, shrewdly critical of a supervillain team-up, until she learns the next target. It is someone of interest to be here and the comic’s plot. 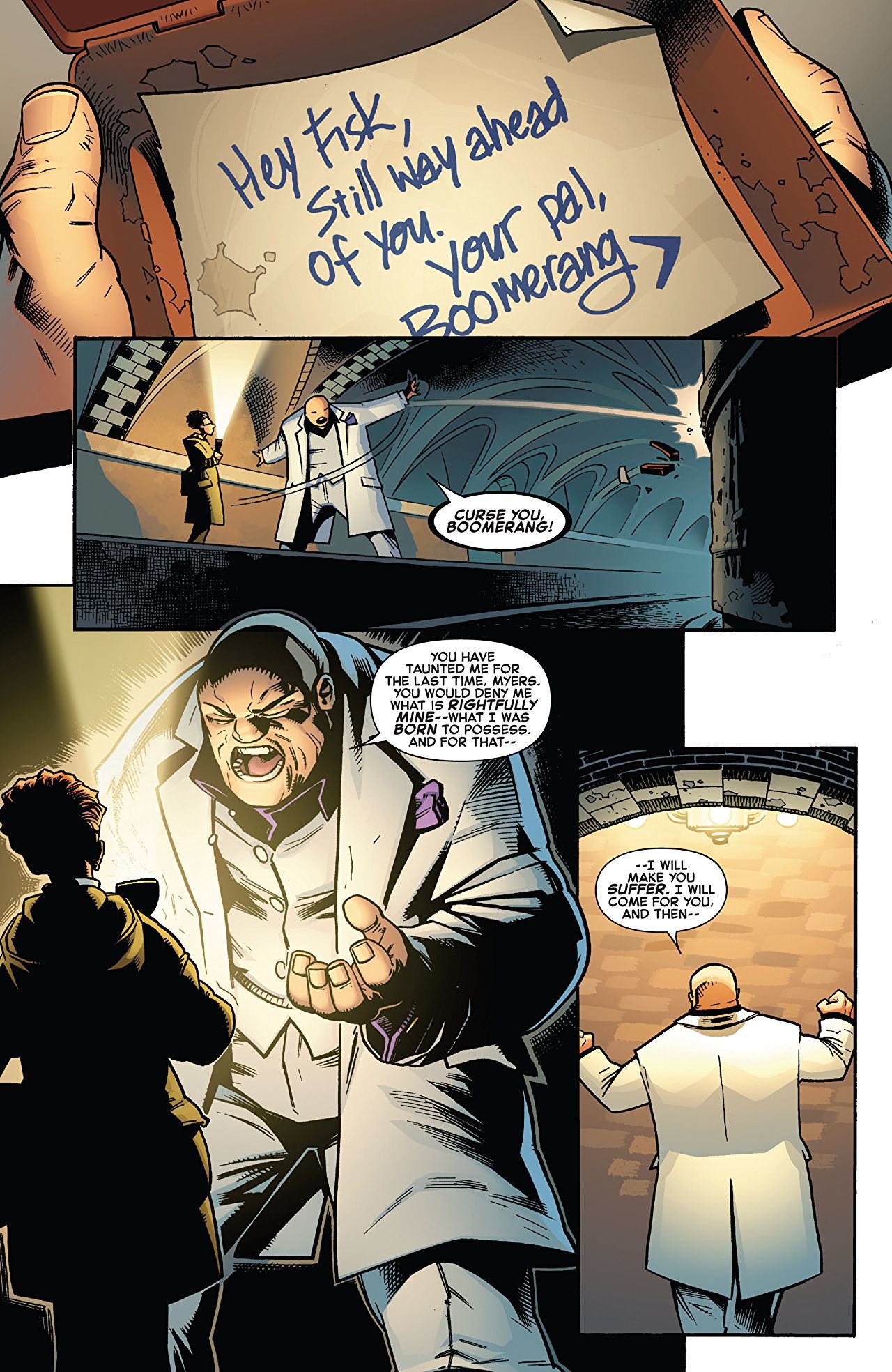 This comic did a couple of interesting things. Framing the issue of female representation through the lens of crime is a fun take. I really resonated with Beetle’s statement that in super-villainy, women are reduced to “ . . . sexy muscle or costumed honeypot”. My criticism, though, is that the story falls into the cliche of using female versions of male characters (Aside from White Rabbit). It’d be one thing if they were emulating the original Sinister Six but it’s notably different. An opportunity was lost to use some lesser-used female villains like Titania or Moonstone.

I’m looking forward to following more of Boomerang. I’ve noticed that in Spider-Man comics there are is an occasional theme of reforming villains. Prowler comes to mind, as does that amazing work with Rhino some years back. When confronted by his sordid past, I’m curious whether Spencer will have him virtuously pull through, sink back into his old habits, or die. Pretty sure those are the only options.