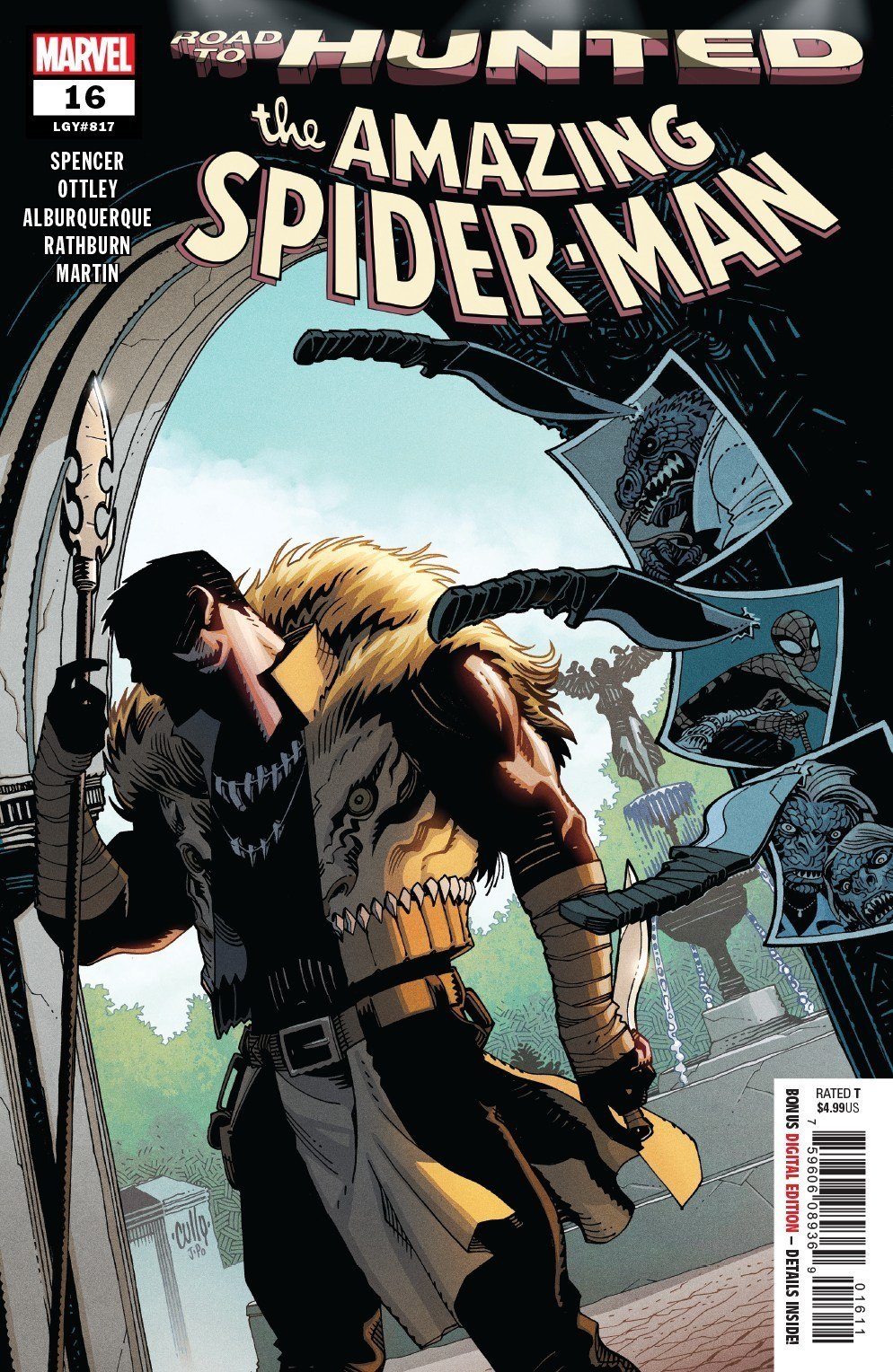 Why do I get the feeling that Spider-Man #16 is going to feature someone getting violently ripped apart? 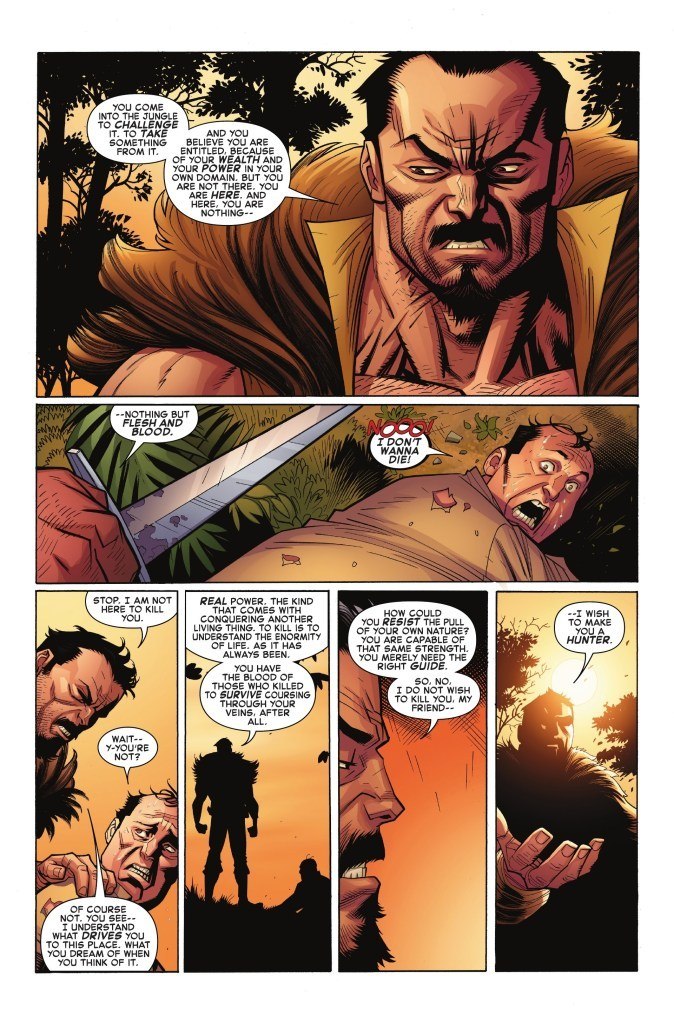 It took a few pages to realize these thoughts were because the first part of this comic is drawn by Ryan Ottley, who I know from the fantastically impressive and violent Invincible comic from Image (Mark rest its soul). This comic is the prelude to the “Hunted” arc. The first half of the comic updates us on the status of Kraven the Hunter. He was resurrected by magic and decides that he needs a new family. Upset by the devastation of the hunting grounds he calls home he decides to unfurl a plan to maybe possibly restore it (it’s actually a little unclear). The idea focuses on two groups of people that Kraven has issues with. First, wealthy tourist hunters who Kraven holds responsible for his home’s current state and second, the many costumed villains who have donned the mantle of animals. Our antagonist is critical of these people’s superficial connection to their animal of choice. One of these group seems to be those referenced in the upcoming arc’s title.

The second act of this book continues the plight of Doctor Connors’ son, Billy. Forbidden from going into the outside world because of his reptilian features, Billy decides to ignore his family’s wishes and go to a party. The event is hosted by another child that Billy has been corresponding with while hiding the fact that he’s a Lizard kid. Everyone he meets takes his appearance in stride and treats him with respect and kindness. Just kidding. It’s a predictably saddening shitshow eventually converging onto the paths of Spider-Man and Kraven. 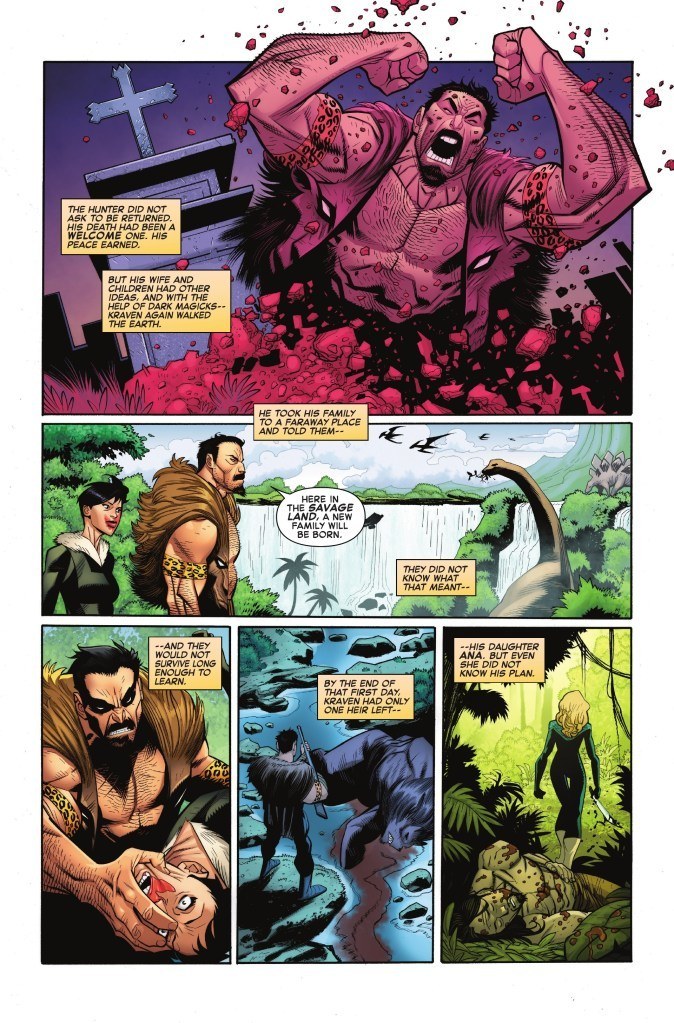 This most interesting thing about this book is the thinly veiled social commentary about real life wealthy people who travel to foreign countries and hunt exotic animals (one recent example, of course, being tied to our president). Other than that, the premise is a pretty uninteresting one centering around a pretty uninteresting Spidey villain. The most heinous crime was taking the most potentially interesting aspect of the last issue, Billy’s venture to the surface world, and neutering it into a very swift “and then he got chased around like Frankenstein’s creation and then kidnapped by villains”.

This is only my second Amazing Spidey comic since Spencer took over. I’ll keep an open mind but my interest is already waning.