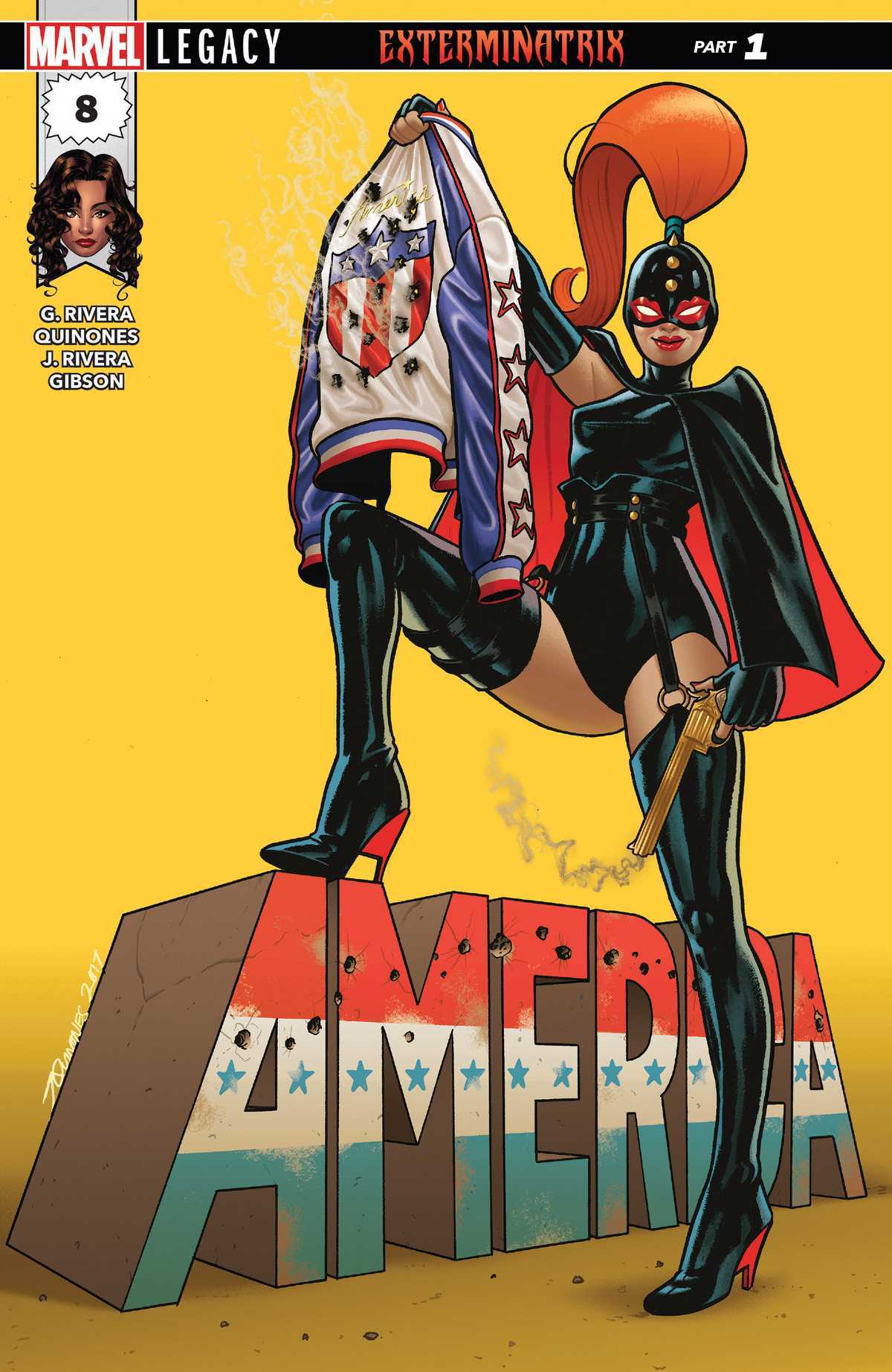 *Handclaps* That’s what I’m talking about. That’s what the fuck I’m talking about, Gabby Rivera and Joe Quinones! America Chavez got to know more about herself and get some closure as well as paths to explore last issue. The second arc for America has given her more depth as a character and an expansion of her own corner of the Marvel universe. Rivera now takes us right into America’s mind state now and our girl is glowing.

Look at ya girl shining right now. This is America Chavez being happy. No sarcasm, no cynicism, no hints of jaded in her humor that we love. This is America having found roots, ties, and family. As a reader and fan of America Chavez’s comic book career, this is good. Rivera set her up with an indigenous, women-led Star Wars family history that she can take pride in. We don’t get to see moments of self-discovery like this much with characters in comics (especially Black, brown, and other POC ones).

As great as things are going for America right now, The Midas corporation and Exterminatrix are about to come in with all the fuck shit. What I really love about this issue is that it is centered around Sotomayor University. We’re seeing more of America’s college life including her friends, X’Andria and Prodigy, having their own thing going on at school. Everyone coming together once the school gets attacked, a teacher goes missing, and a new dean showing up (with an obvious gripe against America) sets us up perfectly moving forward.

America is being set up as Enemy of The University and it is playing out perfectly. The pacing for this issue is slower than as opposed to earlier issues and America versus a shady administration fits right into character for her, plus seeing her whole supporting cast full of characters of color playing a prominent role? That’s what the fuck I showed up to read this series for. Now, let me talk my shit on how Joe Quinones’ artwork seals the deal on this issue.

I think this is probably my favorite issue to date, art wise. There’s something about the poses of America, the fighting stances X’Andria takes (in Timbs, mind you!), the way Prodigy looks that Quinones nailed. The best is all the Easter eggs to other Black and POC figures, like the DeGrasse Tyson dorms? Classic. The art really stands out this issue, especially Jordan Gibson’s coloring. The coloring in this issue is gorgeous. 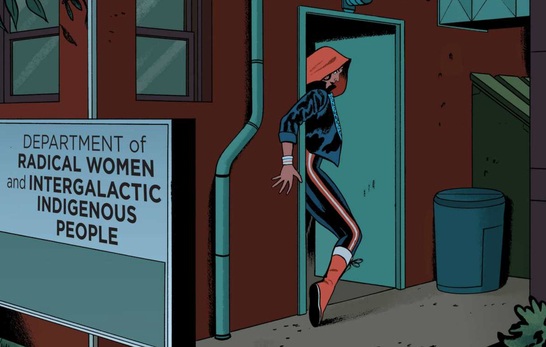 Also, I’m by no means a fashionista but I think it’s safe to say, America Chavez’s dress game is killing everyone in the 616. Look at the kicks, rocking the knee pads and the thigh-high socks? Don’t get me started on thigh-high socks, that’s game over shit right there. We then see her switch up to the long wrasslin’ spandex and the hoodie? Come on. What are we talking about, America Chavez millennial luchador mashup is what the hero game needs right now. Her costume is street ready, tactical for her fighting style, and looks fucking fly. Fuck a cape, it’s wrasslin’ boots and knee pads.

Listen, America Chavez is a brown girl wrestling aficionado WWE champion we deserve. You ain’t even gotta say more than that, if that doesn’t get you interested in this series then you might wanna check your pulse.