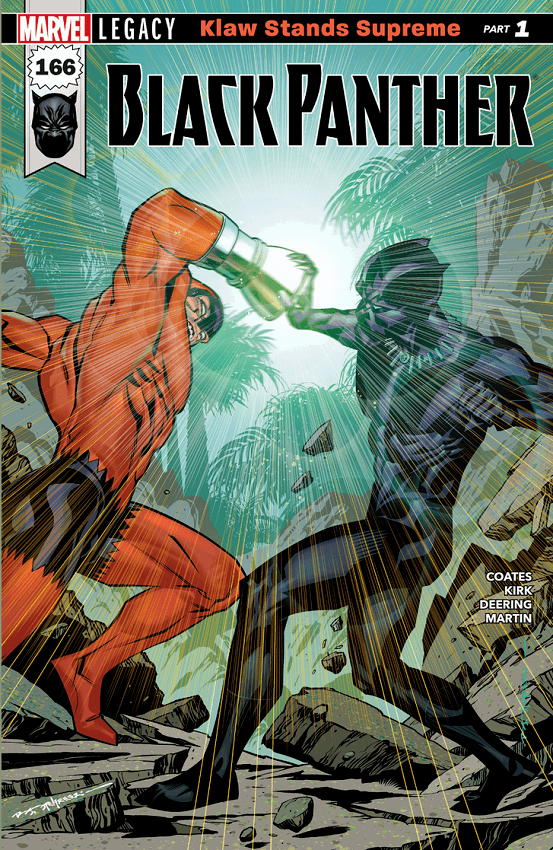 Behold the new arc (of sorts) with Marvel Legacy making its way to Black Panther. Things have gone from pretty damn bad to worse, as this new “anti-Wakanda coalition have rebuffed our heroes at every turn. Last month’s reveal of Klaw being the center point of this cabal threw the Black Panther faithful for a loop. If you have any substantial knowledge about Black Panther, then the name Klaw brings a wave of excitement and dread. Just in time for the movie, I might add. As the murderer of T’Chaka, we’re guessing that T’Challa will have the same reaction when he finds out.

Coates takes us left, as I’m sure most anticipated a forward movement of the story with Klaw pulling the levers. Instead, the script is a reimaginig of the Klaw character. Taking him from the more cartoonish familiarity, Klaw is made sympathetic with a complex and difficult backstory. The evolution of his powers is more realized and potent that usually depicted. Part of that is how the powers are conceived, but also in the way that Kirk pencils them. 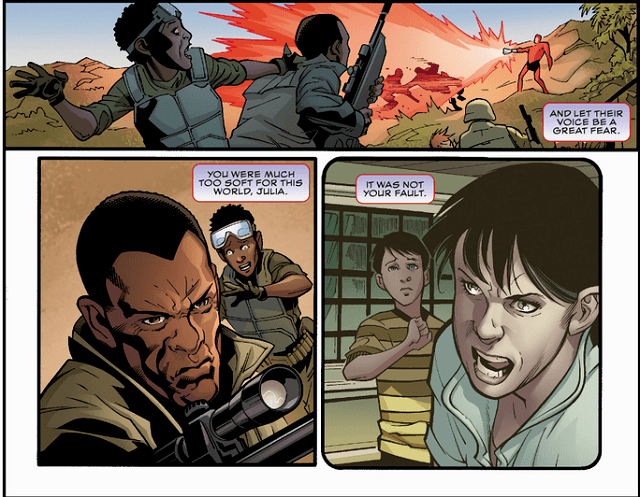 This is Kirk’s first attempt on the Black Panther book and the outing is good. The experienced X-Men and X-Factor artist brings his style to the Panther mythos, mostly as it gives depth to Klaws backstory. The interpretations of his powers are pretty on point. The movement between time periods is signaled well, in the change in style and color pallets as well. All in all, it makes for a pretty good issue with an appropriate tone to give a good villain origin.

Black Panther goes in a bold direction in the middle of an engaging arc to give us the legacy on an old villain. It feels like a fresh coat of paint as Coates has given this conflict even more weight and consequence than before. And the stakes were already high.