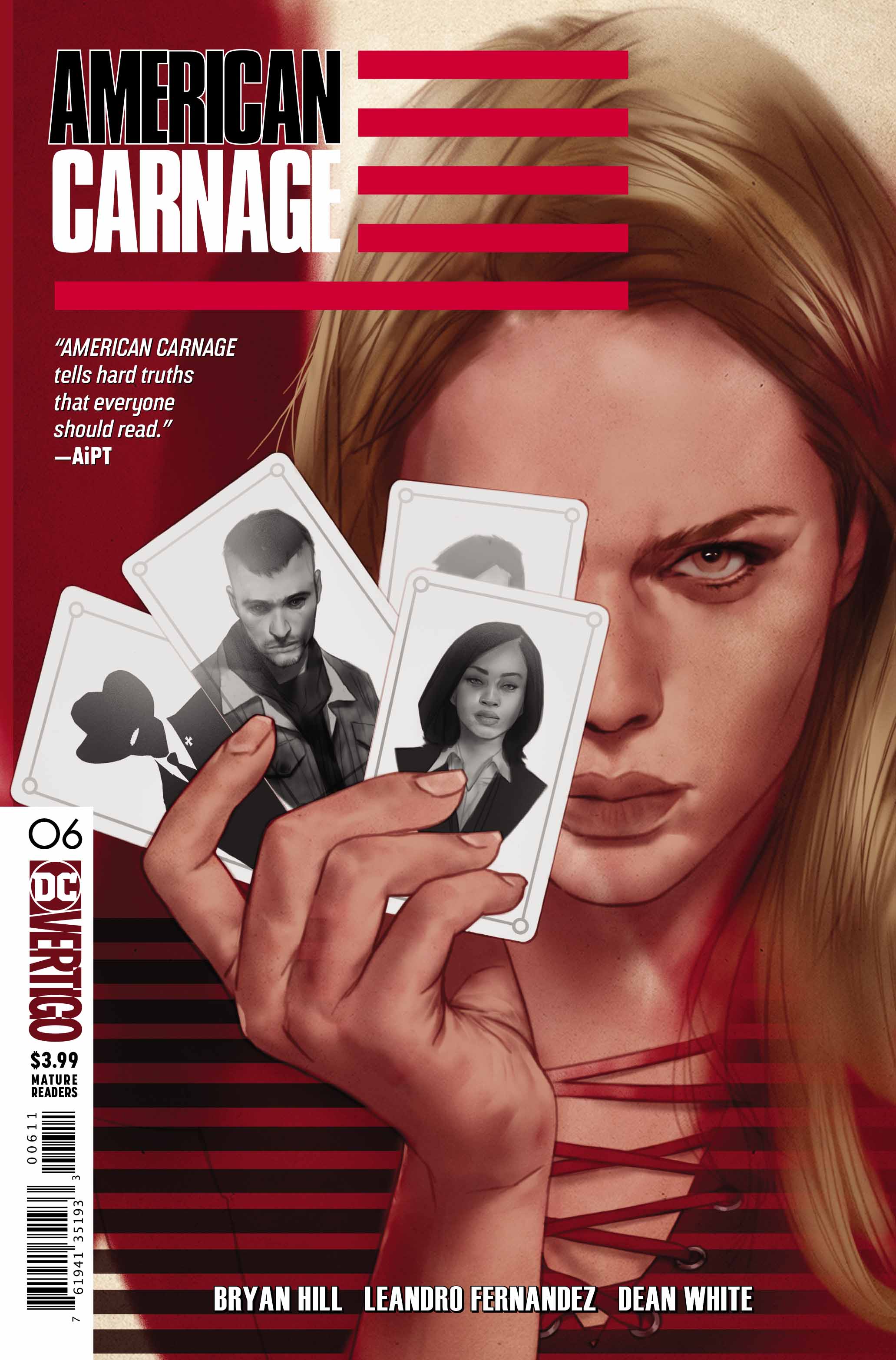 I started reading Bryan Hill during his run on Wildstorm: Michael Cray. His twisted interpretations of the DC Universe’s heroes demonstrated such a key mastery over what made the characters endearing and frightening. He had a way of making the familiar unsafe and the different alluring. I started following him on Twitter and paid exceedingly close attention to his On the Outside of Detective Comics. Hill is one of the most intriguing writers to me because of how calmly he can ask us to stare into the abyss, and no better example of this skill exists than American Carnage.

The opening act of American Carnage #6 is Wynn Morgan expositing the most vile, hateful things that we have always known him capable of since his debut, yet juxtaposed against the typical American dream and his figure encapsulated in shadow. It’s honestly one of the more horrifying things I’ve read, simply because it sounds all too familiar, all too real. And like the audience, Richard just takes it all in, slightly dumbstruck by the sheer audacity of Wynn’s world view. Jennifer is perturbed by her father for entirely different reasons, but also embodies a different sort of extreme mentality that comes into play later.

This is a book that could only ever exist in the current political climate. The zeitgeist is complex and rooted in the very deeply conflicted world where the framework of morality seems to have just failed everyone and everything. Hill presents a world strikingly similar to our own, texturing it with details only a St. Louisan/Midwestern would pick up. He mimics cadences and philosophies of truly evil men to the point where it is eerie and uncomfortable, but you find yourself glued to the page. Hill isn’t afraid of holding up the shattered mirror, in fact, you could argue that he’s doing us a favor to show the tracking of a man like Richard. 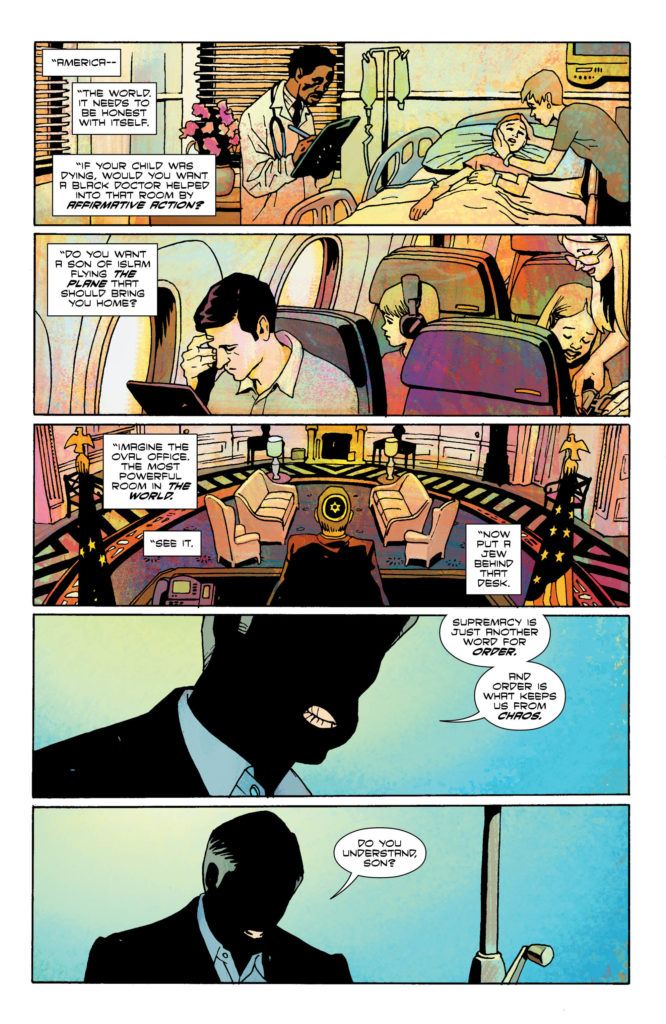 But I’d be remiss if I didn’t give equal credit to Leandro Fernandez for illustrating the story with a deft hand that always seem to show someone consumed by darkness. Fernandez can pivot from idyllic nuclear family to street level protests to a racist evil apple, and he manages to keep them within the same realm of reality while also highlighting the caricatures of these things. This is the least outwardly violent issue of American Carnage to date, but do not let the lack of blood and gore lull you into false security. Fernandez manages to bring a different menace to each panel.

All in all, American Carnage is probably the most challenging book on my pull, but Hill and Fernandez are determined to share Richard Wright’s arc, and while it’s not the most cathartic piece of media, it’s a tragically compelling tale.