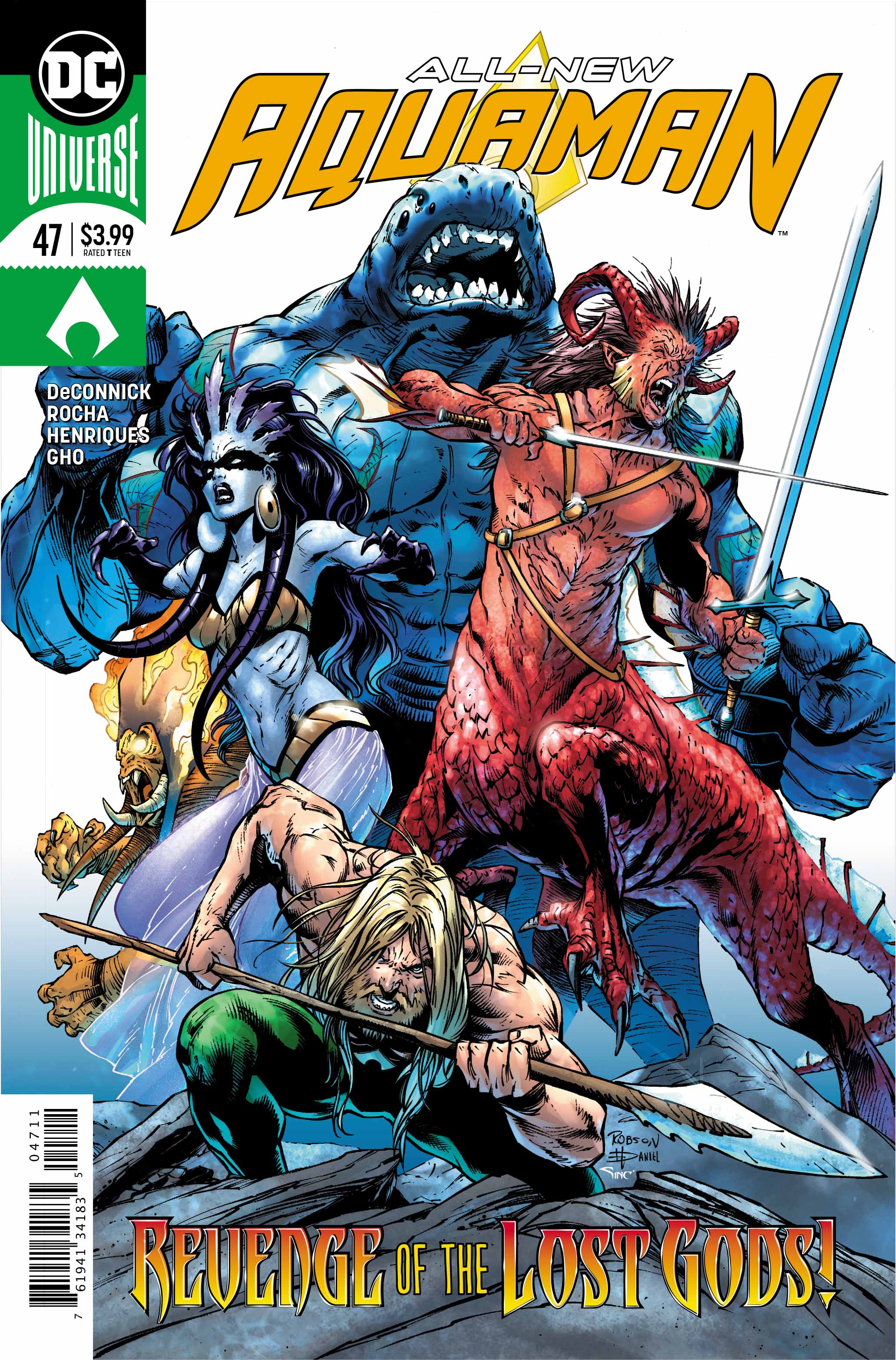 As anticipated in Aquaman #46, issue #47 is all punching, all the time, and it is pretty glorious.

Here, we have come to the end. All the pieces are visible now: Namma, the vengeful primordial goddess; Andy, the amnesiac superhero; Wee, Tang, and the other demigods of water from around the world; and lastly Caille, who has no idea what’s going on. Namma and Andy fight it out over the sea and under it, with plenty of quips and comments along the way. The other demigods put in their effort, finally realizing that the only way to satisfy a goddess is with a proper sacrifice. But is it enough? 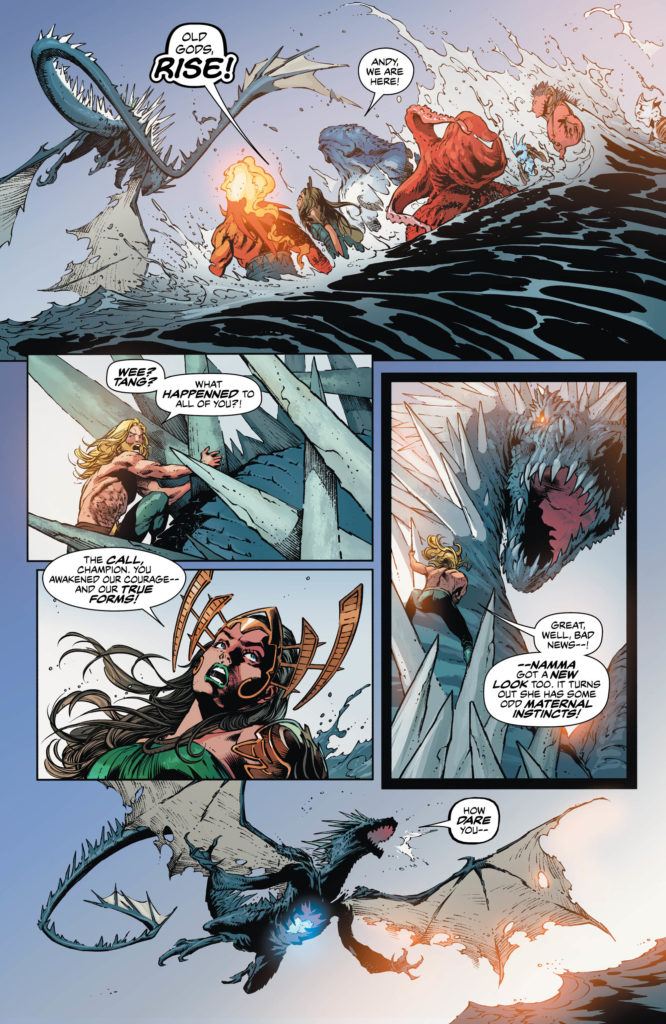 In the end, it is Caille who figures out the puzzle. Nothing is ever destroyed, old things can be called forth to be used again. Between her smarts and Andy’s ability to talk to fish — yes that gift is the core of the story — the two who most doubt their divinity save the day. There’s some beauty in that, that this is about claiming power as much as using it. Even with that kind of moral, the story never goes soft or corny. You can see the parts of the conclusion coming together, but is that just good foreshadowing of a storyteller? Maybe it is okay that there isn’t a twist in every tale. Some myths are just that. This is as much a myth for the reader — the tale of how we got here — as it is a myth for Andy himself. This is a new portion of his origin story, leading hopefully, to him getting his memory and his best bae Mera back in the next issue.

The arc didn’t end quite as strongly as it began. I loved the silences of the first issue, and those have been almost completely abandoned here in the last issue. But the art remains strong, the story compelling, and my curiosity on what happens next is unabated.