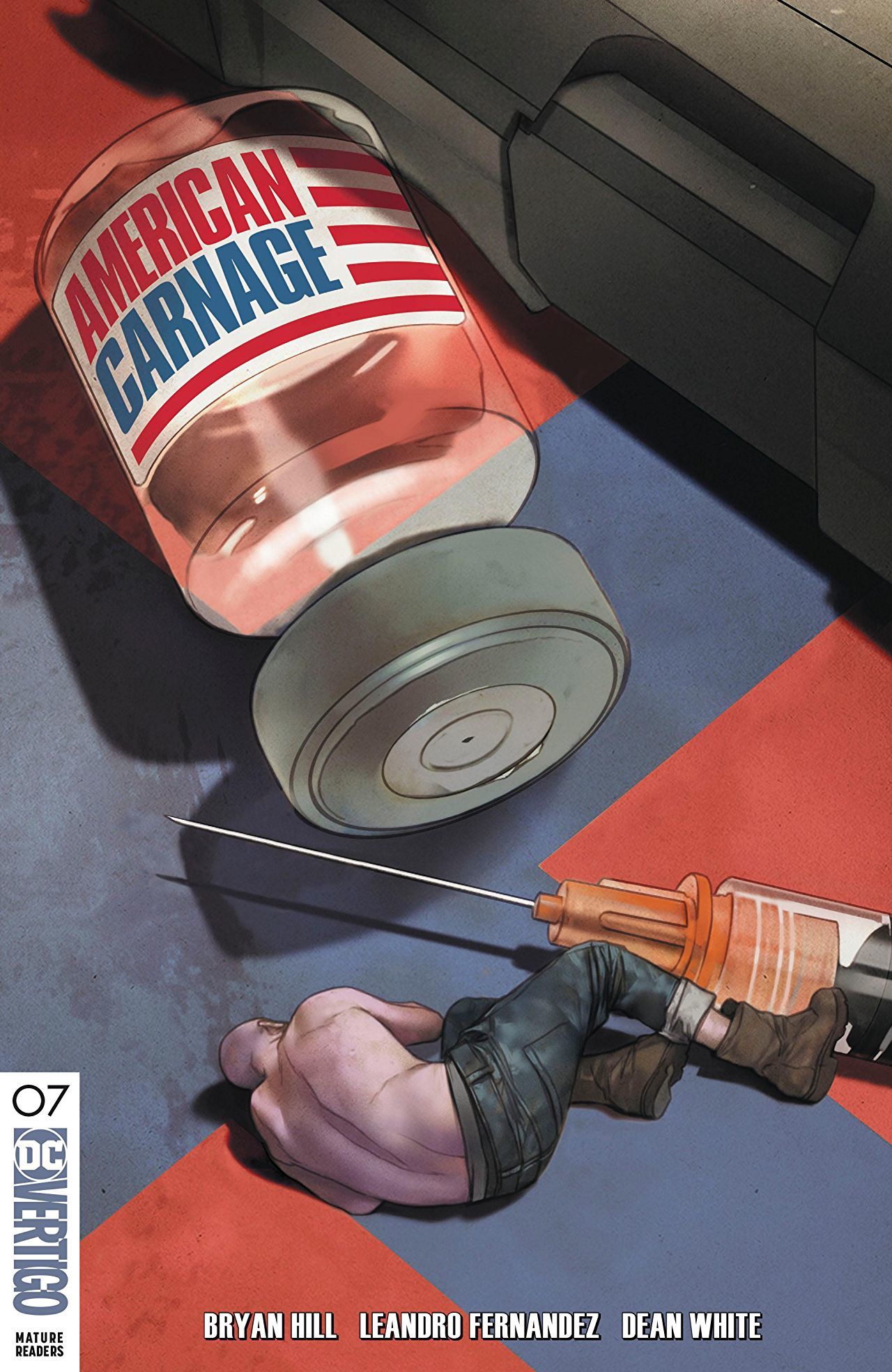 Hill has a heightened awareness when it comes to multiplicity of issues circulating in American Carnage. The “They Who Fights Monsters” vibe that Richard and Shelia have to manage. Jennifer’s willing to use both her whiteness and sexuality to get exactly what she wants from any particular scenario. Wynn Morgan’s near absolute power as a white woman in the political domain. It’s this type of careful treading that distinguishes American Carnage among its peers. It’s this type of meticulousness that makes American Carnage a particularly poignant time capsule of 2019.

The opening pages of American Carnage #7 capture the grandiosity of the Californian rich, while also emphasizing the deep darkness that surrounds the entire Morgan family. Fernandez’s artwork with White’s colors, create a landscape of darkness, where shadows seem to hug the surface to make it clear that this place, these people are in foreboding circumstances. This is a perpetual visual thematic but cements the series as a brilliant noir story. Hill’s narration and dialog, told predominantly through Jennifer before switching perspectives to Richard, remains terse and target. Every word calculated to have a precise impact, a pinpoint response. 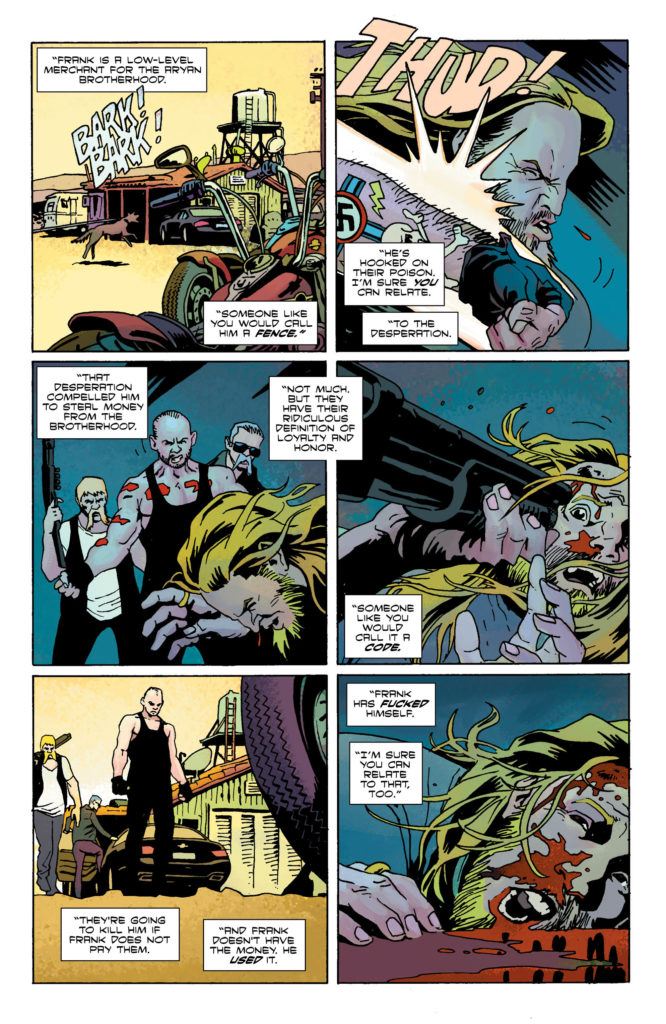 With Richard as complicated in the Morgan family drama and the lives of various white supremacists as he could possibly be, he is tasked with protecting one of Jennifer’s childhood friends by using his connections with the FBI. This consequently and obviously puts him at odds with his handler, Shelia, who continues to struggle with various white men trying to get back at Wynn Morgan for less than altruistic reasons. The constant changing exploration of racial dynamics in drastically different ecosystems induces… not confusion, but uncertainty. The type of unreadiness and trepidation that comes with seeing horrible people being humanized and well intent people discovering how many lines they are willing to cross for a supposed greater good.

American Carnage #7 marks when the series becomes even greyer. With all the set up established and all the pieces in motion on several stages, American Carnages continues to flourish. Hill and Fernandez have coded very distinct storytelling mechanics into the DNA of the series, and it remains as difficult as ready as ever, but the end product is something truly engrossing.