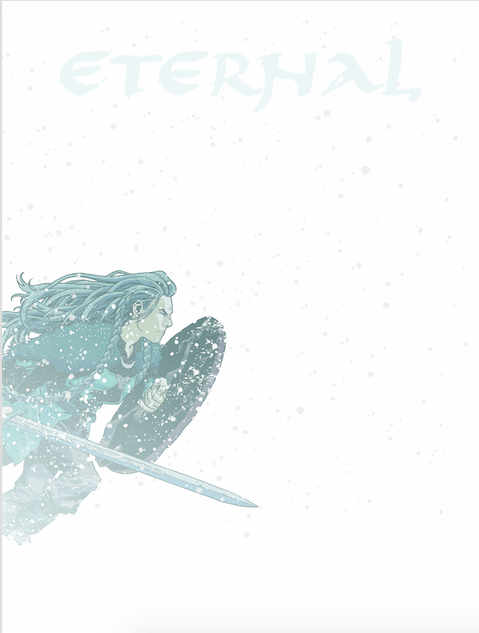 It’s not very often one sees a long-haired blonde girl slice through grown men like prime rib while wielding a sword that’s almost as tall as she is.

Eternal is the creation of Eric Zawadzki, Ryan Lindsay and Dee Cunniffe that tells the story of a band of shield maidens who fight tooth and nail against savage men in order to keep what’s theirs. The leader of the pack, Vif, fearlessly leads her team into battle but soon comes across a magical force that may be too much for her to handle. 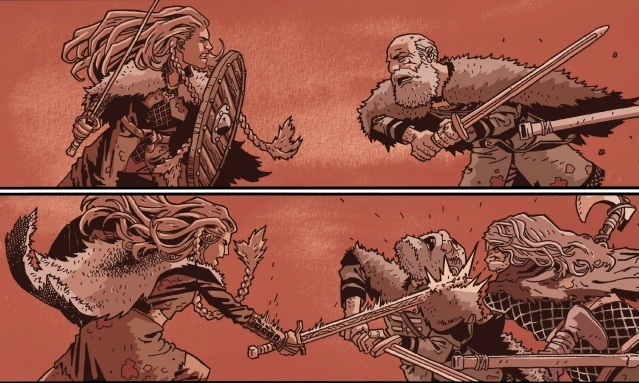 Lady Vif (she gotta know Thor with a name like that) comes off as a headstrong leader who also has a nurturing heart. In the first scene, she’s running her blade through hordes of men, and then giving a lesson to a young member of the group about the reality of violence and how restraint brings balance to their blood-soaked world. She’s also shown to let her aggressive side get the best of her, which can lead to trouble for her and the group.

Vif and the crew kick every ounce of male ass in this story. It’s very interesting to see this subversion of the Viking genre, centering the narrative around female warriors and how they navigate the world. You’re gonna get a lot of Xena: Warrior Princess meets Game Of Thrones vibes in this book. These women are just as aggressive as the men are. They’re not afraid to run up in your village and let the choppas sing. 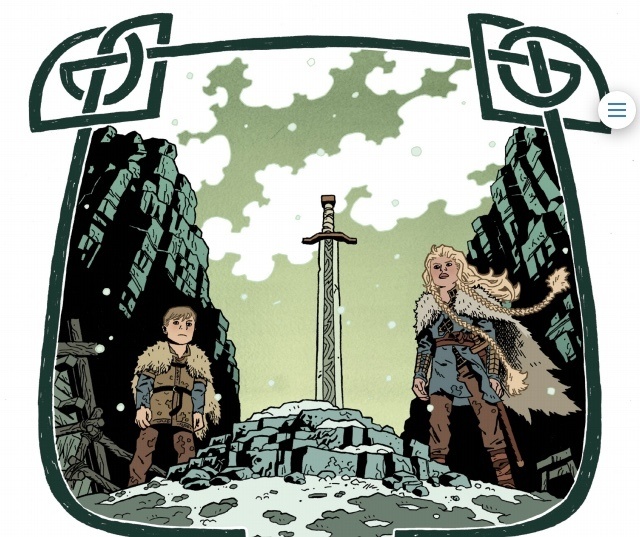 This graphic novel is beautifully illustrated. The way several pages are devoted just to setting up scenes makes the book feel like a film or an HBO miniseries. The first pages open up with blood-spattered cobblestone in the middle of snowfall. There are several fight scenes with Vif illustrated with a red tint to show the intensity, almost like those scenes in Kill Bill when The Bride spots her target. There’s a lead into a scene where several panels are left completely black, and suddenly the darkness is ripped open by the glow of a raging fire. And the violence? Hoo, boy. It’s almost as if blood is a main character the way it highlights every action scene. 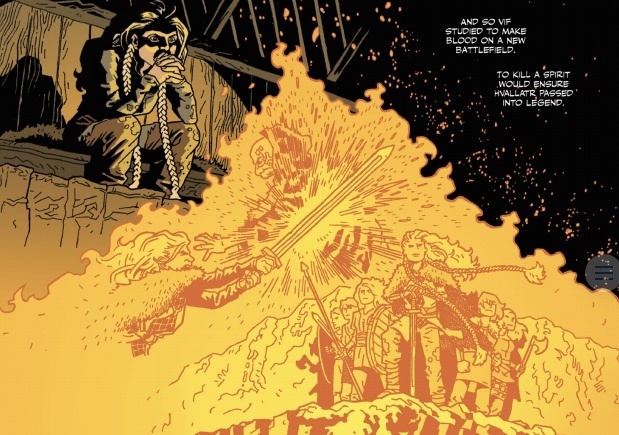 Eternal is a powerful story about leadership and finding balance within. It’s a very engaging read that takes the reader on a journey through the life of a Viking. You feel the crisp air of the village, the clang of swords on shields, the heavy breathing in the midst of battle. One critique of the story is that it would have been nice to have more shield maidens with speaking lines. Lady Vif is the main character, but other than the child, Grimr, none of the other women have any characterization. It was most likely a creative choice for the narrative to focus mainly on Vif, but it would be great if they continue the series to open the world up to the other Vikings.

Eternal definitely scratches that Nordic action itch, and at 64 pages, it is a great read for any fan of the genre. This is solidly in the vein of Heathen and other Viking dramas. Head on down to your village’s local comic shop and ask the good folks to pre-order your copy as it’s release date is January 31st!

ETERNAL is an oversized one-shot coming out next Wednesday. It’s $7.99
Why the price?
Well, it’s 64 pages. It has a spine. It’s larger than a reg. US comic. It’s actually wider than those deluxe Image HCs, and a touch shorter. And it smells divine. pic.twitter.com/Tuhz7crpwe