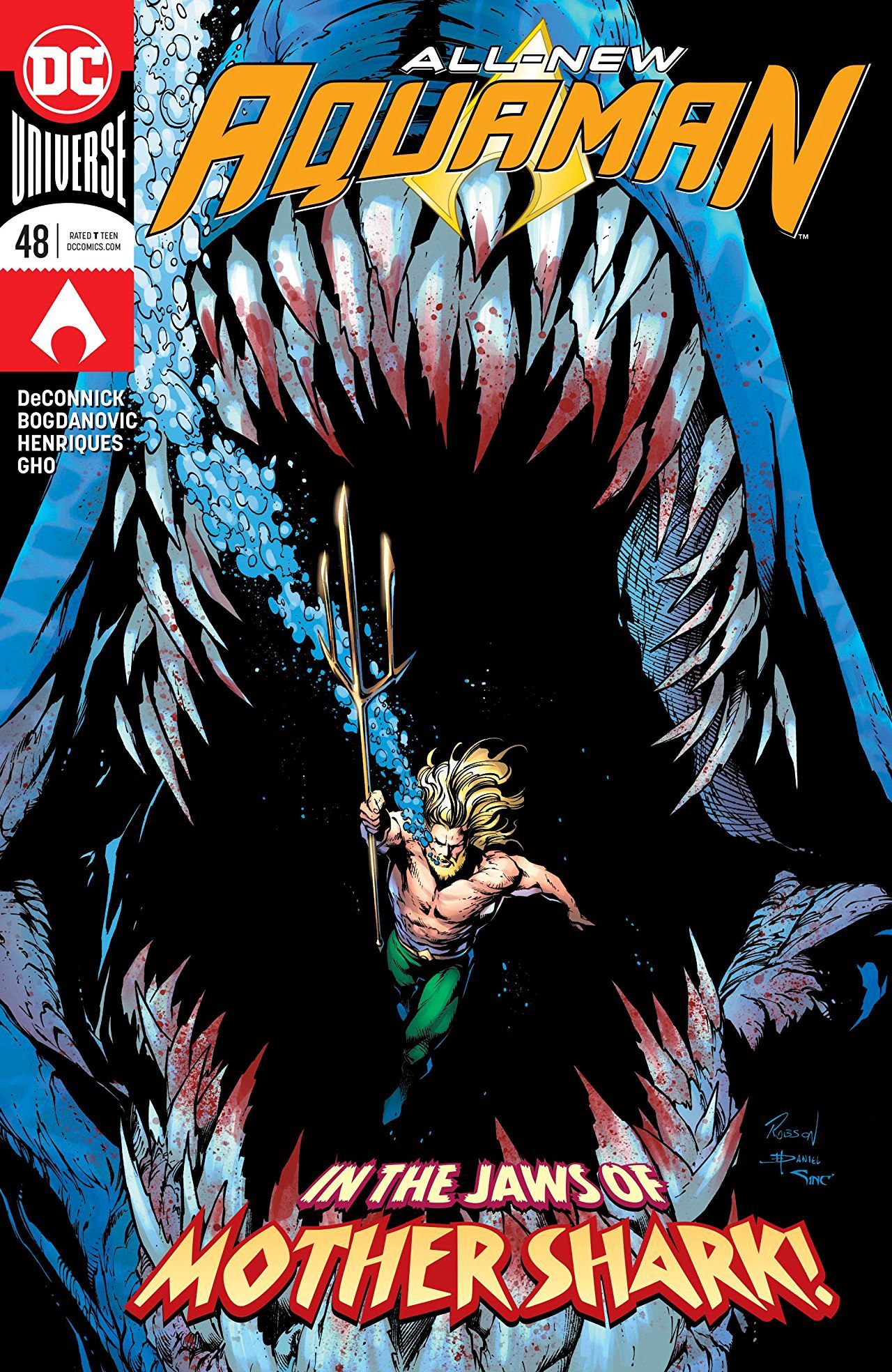 As you’ll recall from Issue #47, Aquaman, here called Andy, teamed up with an island of old ocean gods to defeat the original mother, Namma, The Goddess of Salt. Having done that, they’ve revealed that Caille too is a child of Namma. She’s also blue, has wings, and large horns. They’re pretty cool as things go. What they didn’t discover was Andy’s memories. He still doesn’t know who he is, or how he came to be on the island. This issue sets out to answer that question.

I’m continually fascinated by the nested mythology that DeConnick has set out in this Aquaman universe. Humans pray to gods, who pray to greater, older, gods. At each level the power grows, while the compassion diminishes. Here in issue #48, the old gods send Aquaman to a world of dreams to talk to an older god, Mother Shark. She can give him answers. 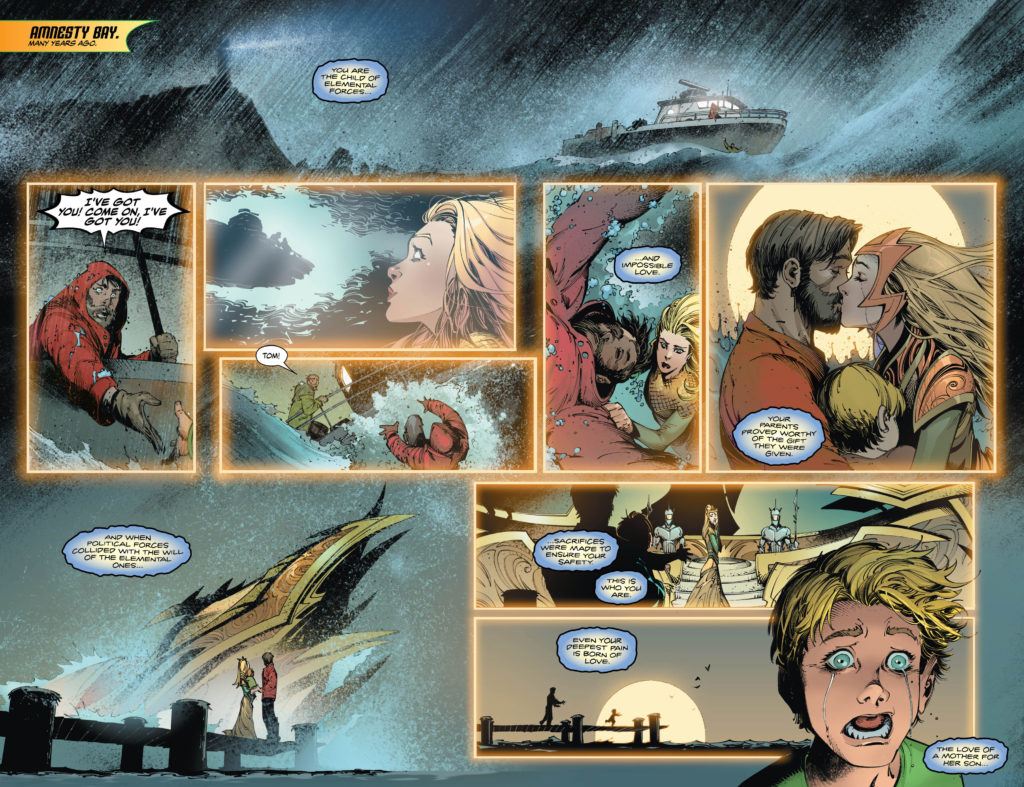 The art is a real star here. Bogdanovic has replaced Rocha as the lead artist, with an accompanying shift in art style. But the mythic flavor, the power of black space, and the engaging facial expressions remain. There are some cleverly placed pages that refer to the movie Aquaman and help to tie the two visualizations together in a good way. The artistic team really flexes in some of these panels, playing with line and the weightlessness of water to move the reader’s perspective in interesting ways. New artist or no, the book continues to be beautiful.

DeConnick’s dialog moves easily between snarky inter-character quips and haunting narration. In the end, when the other shoe drops and we get the first hints to how Arthur Curry lost his memory in the first place, the cliffhanger is real, even if you’ve read previous Aquaman issues. I’m looking forward to how the team stitches this all up. Does Arthur return to his Queen? To the Justice League? This issue feels less like the start of a new arc and more like a natural continuation of the previous one. Just keep reading, there’s so much more for DeConnick and team to explore.