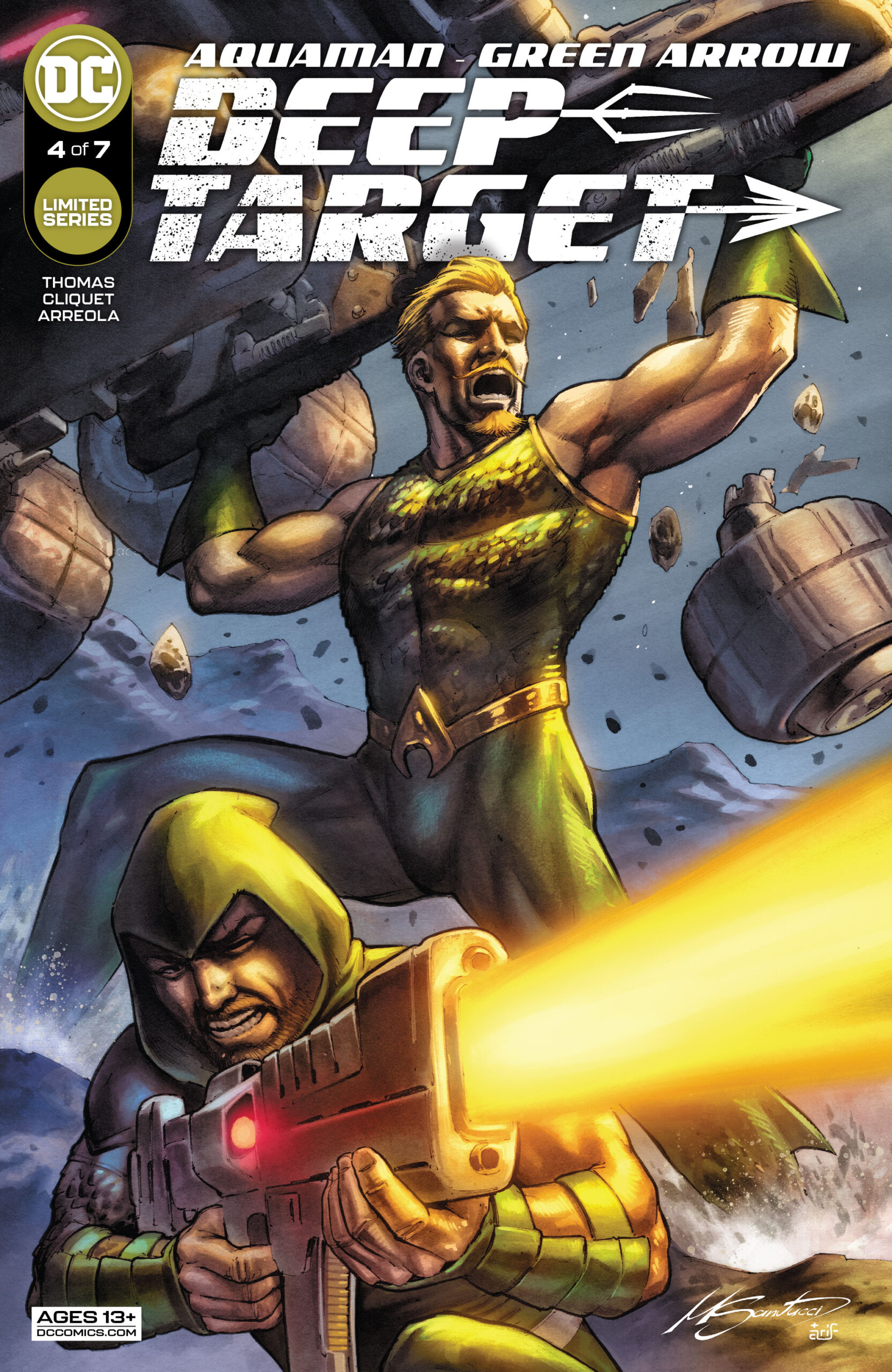 Every issue of this book reminds me just how ridiculous the premise is, in a good way. In this issue, however, Brandon Thomas takes us deep with our protagonists, as we feel for them with greater empathy than we have this entire run.

This issue follows the power-swapped Green Arrow and Aquaman as they escape their captivity from Scorpio and head back to Earth. It’s a simple enough task, but you already know that any and every impediment will move to stop them along the way.

From an action standpoint, it was really cool to see these characters come into their own in these new bodies. Physically, they’ve been living as each other, but it hasn’t been with any intention, but that’s mostly because there hasn’t needed to be. That all changed with this issue’s escape attempt, they couldn’t just run away. They had to defend themselves, which means actively using each other’s abilities. So we got to see what Aquaman would look like shooting a bow and arrow, and what Green Arrow looks like when he talks to fish. Both navigated this awkwardly, with plenty of facial hair to differentiate them and it really went a long way in strengthening who they are as characters right now. Somehow, it was really grounded and believable, given the circumstances.

We also see the impact this switch has on an emotional level and that was my favorite part of the book. Brandon Thomas sinks his hooks into the essence of these two mainstay characters and what their natural abilities mean to them on a personal level. Now that they’ve been switched, how that is affecting how they identify themselves and their purposes.

I was not expecting to explore the depths of these characters in this way at all. The whole premise promises to put a unique spin on the ‘buddy-cop comic’ genre, but now we’re talking about purpose and what life is when that’s uprooted?! I am absolutely here for it all. This is the type of stuff I live for.