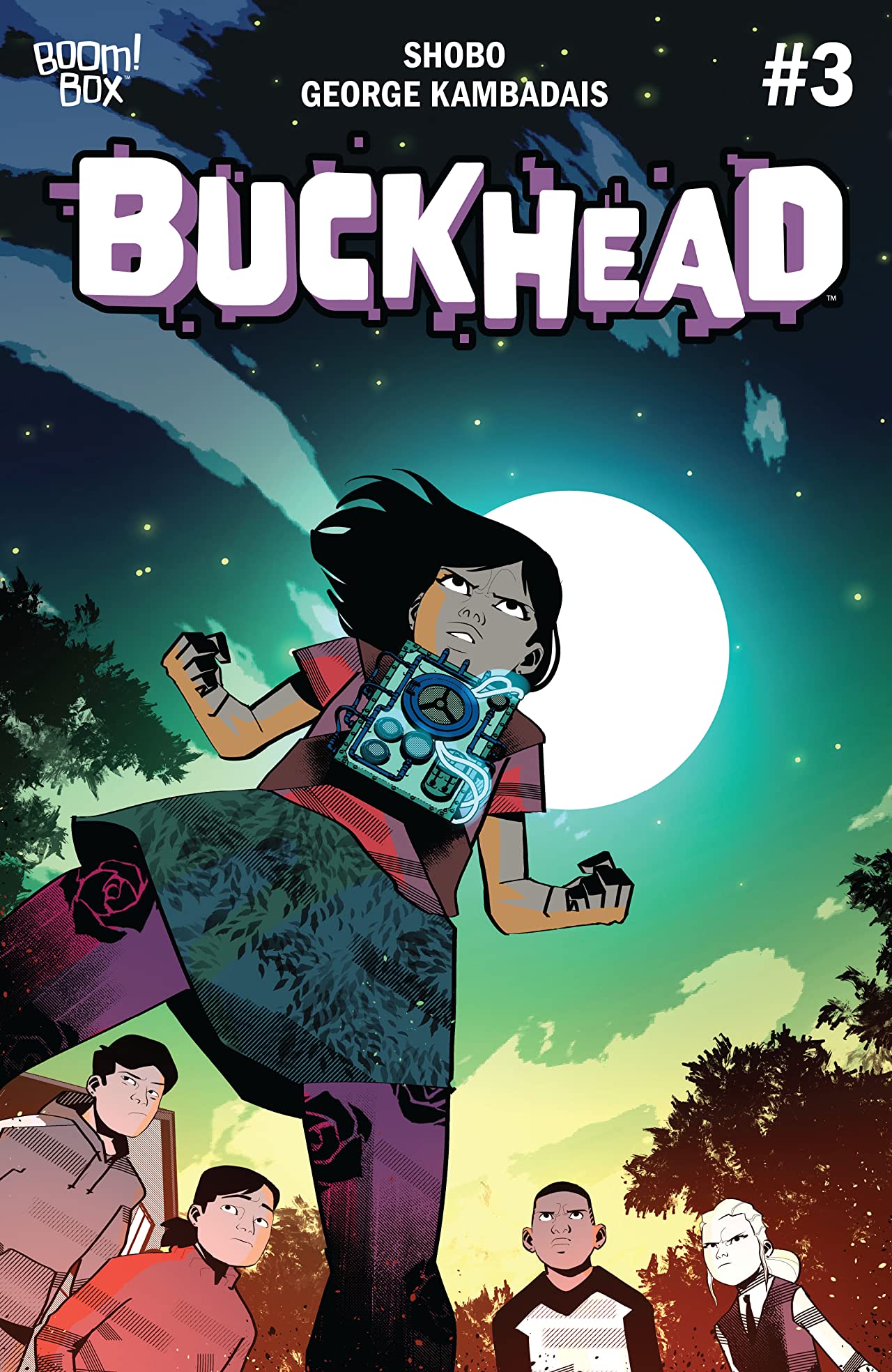 Welcome to the midpoint of Toba’s grand adventure in the Washington State suburbs. There are mysterious robot in black kidnapping parents and doing a variety of weird things around town, and it’s up to Toba and his friends to foil the dastardly machinations in play.

The first two issues of Buckhead made allusions to ancient evils in the form of a VR game that was inexplicably in the school, and Buckhead #3 immediately reveals all of the secrets in a very exposition heavy issue. There was a lot of mystery surrounding the circumstances of Toba’s move stateside and the whole situation with his mother’s abduction, and given the five-issue run, it appears in order to get to the resolution, we get a little bit of a storybook lesson that lays everything out all at once. It’s neat that there is an in-universe reason for Toba’s ability to expound on all of the elements in play, but it does break up the rhythm of the story just a little.

I will say, even if I’m not the biggest fan of the way the exposition was handle, the exposition was fascinating, and I will commend Shobo on managing to incorporate the Yoruba myth into the story in a way that mostly makes sense. I also want to praise Kamadais for his wonderful artwork that captures the epic quality of the tale.

Buckhead #3 feels very much like an interstitial issue, where there were lots of connecting components that needed to be stitched together in order to keep the rest of the series reasonably paced, and as a result, we get a very dense middle point. It’s still entertaining, but definitely feels a bit rushed at points.