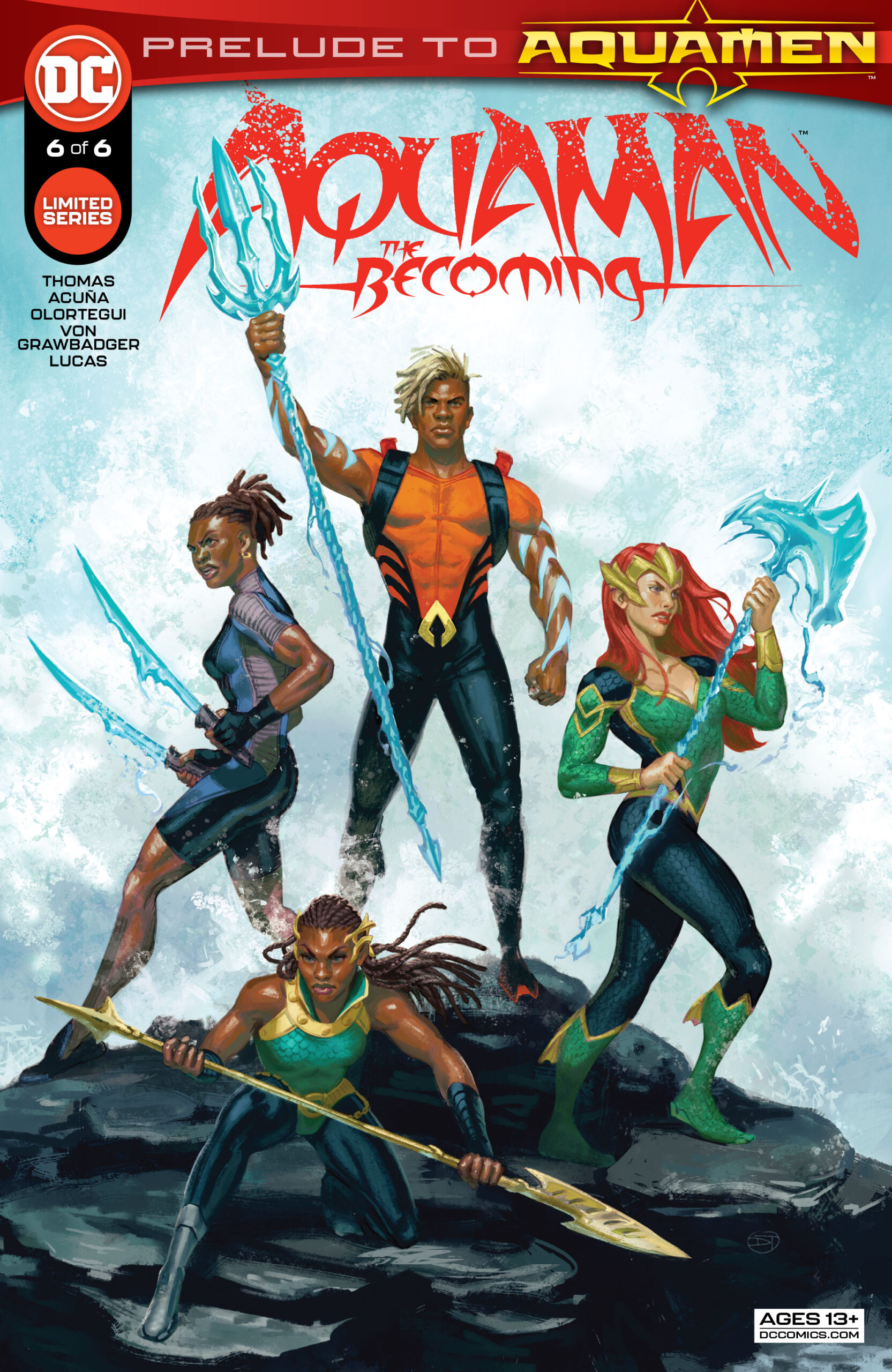 It’s the final issue of Aquaman: The Becoming, which means that this is the issue that Aquaman… wait for it… becomes.

This book has followed Jackson Hyde, commonly known as Aqualad in some circles, but it’s also partly been about Jackson becoming Aquaman. So from this point forward, that’s who I’m talking about when I say that name. And when I mention the original one I’ll just say Arthur. It is a bit confusing, as they are both currently named Aquaman, but we’ll make do with what we get.

In Aquaman: The Becoming #6, Aquaman has to stop a terrorist attack in Xebel that attempts to assassinate Mera before she gives a speech on getting rid of youthful conscription, a practice that Xebel has partaken in the past.

But things aren’t that easy of course. Especially since this is the final issue of the series. Aquaman isn’t going to be able to save the day without a few obstacles in his way. The first one is that Xebel themselves are the ones trying to take out Mera, in an attempt to use her as a martyr for their cause, since she is technically one of them. Aquaman has to stop them from succeeding while also confronting how far they’ve fallen, willing to do the same things that they swear only Atlanteans do.

What I really liked about Aquaman: The Becoming #6, is that while it sets up Jackson to become Aquaman, it makes him overcome an insurmountable loss on his way to do so. I don’t want to get into too much spoiler territory, but someone close to Aquaman gets in grave danger, propelling him to dig deep within himself to muster up the courage and power that it will take to save the day. In doing so, however, Aquaman’s emotional state is fractured. He may now know that he has what it takes from a physical standpoint to do what needs to get done, but the sweet young man that we’ve all come to know and love is gone, or at the very least, buried.

I love that Thomas left this problem with Aquaman unresolved at the end of the series. When we see him next in Aquamen, he’ll still be dealing with this heavy emotional toll, and his journey in that book will likely in part be related to healing that part of himself.

I don’t know about you, but I can’t wait. With this and the Black Manta series finale, we have been in a renaissance of new and nuanced Aquaman-centric stories. I can’t believe I’ve loved it as much as I have, but here we are. I’ll see you all when Aquamen drops, because you best believe I’ll be reading that series.